He's a one-year old Belgian Malinois/Shepard mix from Holland. Police say they're training him to be a dual-purpose police K-9. 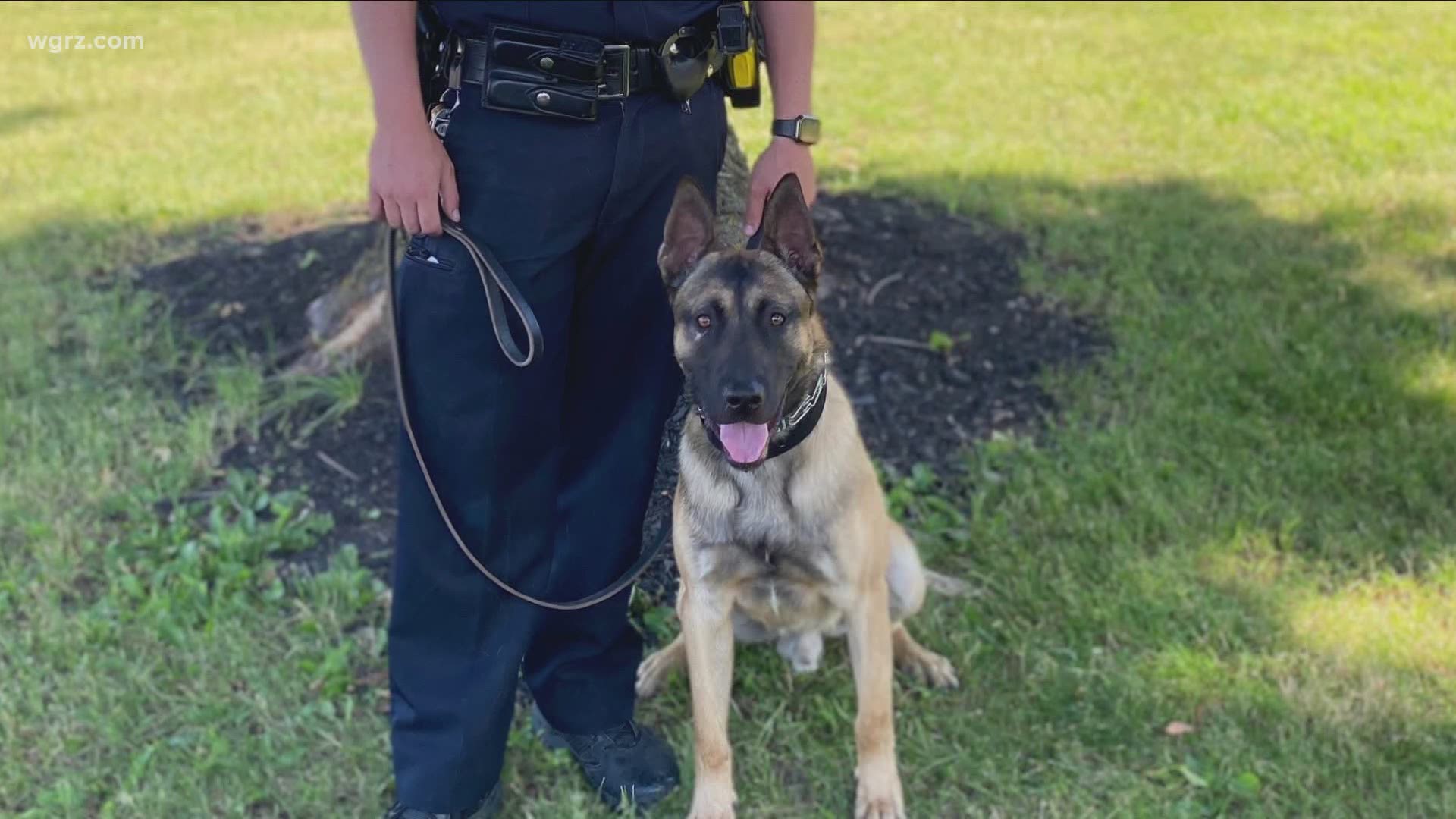 BATAVIA, N.Y. — The newest member of the Batavia Police Department is a fuzzy canine whose powerful snout is going to help Batavia sniff out some illegal activity.

His name is Hank, and he's a one-year old Belgian Malinois/Shepard mix from Holland. Police say they're training him to be a dual-purpose police K-9: his training will be in narcotics detection, tracking and apprehension.

Officer Stephen Quider is Hank's handler, and he will be working with the department's latest police pup to have him trained in Monroe County.

The department says it was able to buy Hank from Upstate K-9 using asset forfeiture funding from the Department of Homeland Security Investigations in Buffalo.

Last year, Batavia Police raised money for a canine addition to their team, and the community came through providing over $11,000 so far. The money has gone toward the program, including Hank's food, toys and medicine to help him stay happy and healthy.

Batavia Police are still collecting donations toward's Hank's care. Anyone wishing to donate can contact the City Police Department at (585) 345-6356.