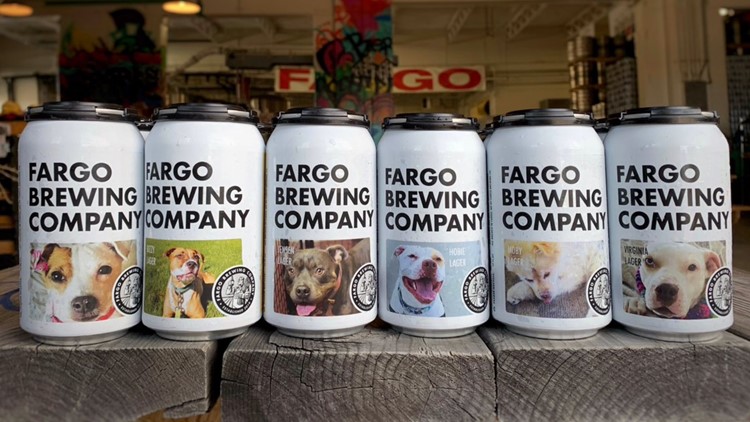 FARGO, N.D. — Laying back with a good beer and your best bud -- sounds like paradise, right?

Well, a craft brewery in Fargo, North Dakota is teaming up with a rescue organization to find homes for dogs who aren’t always the first to be adopted.

It’s putting their adorable mugs – right on the labels.

Northern Plains Label is providing them to Fargo Brewery for free.

Jerad Ryan works there – and volunteers at 4 Luv of Dog Rescue.

The partnership was his idea.

He says, “The harder to adopt dogs sometimes labeled as "Oneder dogs" have always had a special place in my heart.”

Ryan got his boss on board and reached out to the brewery.

Everyone was excited to help.

According to Ryan, Fargo Brewing isn’t just donating their cans for the effort – it’s also donating the profits.

The brewery is even giving the partnership a good buzz by hosting a special adoption event to promote it.

Ryan says the response from their tight-knit community has been “amazing and heartwarming.”

RELATED: Dog that went missing after its owners were involved in a deadly crash in northern Arizona found safe