Many schools not reporting bullying incidents

A review of data shows many schools still are not reporting incidents of bullying or harassment. 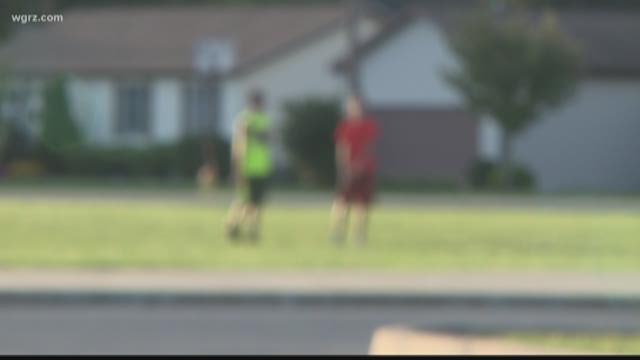 BUFFALO, N.Y. - Roughly one-third of public schools in the Western New York region reported zero incidents of bullying or harassment under the state's Dignity Act in 2015-16, according to publicly available data.

The data reinforces an audit issued this fall by State Comptroller Thomas DiNapoli, who found that many schools were not following reporting guidelines under New York's anti-bullying law. The Dignity for All Students Act, known as DASA, took effect in 2012 and requires schools to report "material incidents" of bullying to the New York State Education Department.

During the 2015-16 school year, 133 schools in the eight Western New York counties did not make a single report under DASA, according to the data. For example, all but one of Lancaster's schools reported zero incidents. Lancaster High School, the largest in Western New York, reported zero.

In 2015, a 2 On Your Side investigation revealed that 109 schools made zero reports, representing about one-fourth of all schools in the region.

Bryan Ball, the president of a LGBTQ advocacy group named Stonewall Democrats of Western New York, said the lack of data makes it more difficult for schools and districts to make changes to prevent bullying. His group pushed hard for DASA, and he said the comptroller's audit shows a need for training and education in school districts.

"It's troubling that this data doesn't exist, because obviously bullying is an issue that is in place in every school district," Ball said. "Especially to people in the LGBTQ community, many of us are survivors of bullying and just the horrible effects it can have."

According to the comptroller's audit, "some schools underreported incidents or failed to report them at all, including one case in which a school failed to report cyberbullying despite the fact that police were involved."

The audit did not fault NYSED, but that department sent 2 On Your Side a statement, saying it agrees with the audit's findings:

"Children cannot thrive when they are in fear. That's why we continually work to ensure that schools are safe havens where all students are free to learn. And it's why we've teamed up with Attorney General Schneiderman on a number of occasions to remind schools of their obligation - both legal and moral - to faithfully implement the Dignity for All Students Act (DASA).

The Comptroller's audit found the Department has provided effective oversight of DASA's implementation and has taken important steps to support compliance with the law. The Department agrees with the audit's recommendations to improve districts' understanding and implementation of the law, and we have already begun to take some of the recommended actions. While the federal government has started to chip away at some of the protections afforded to students, we remain vigilant in our efforts to ensure that all children feel safe and supported when they are in New York's schools."