In 2009, Bien didn't even speak English after her family left war-torn Rwanda. 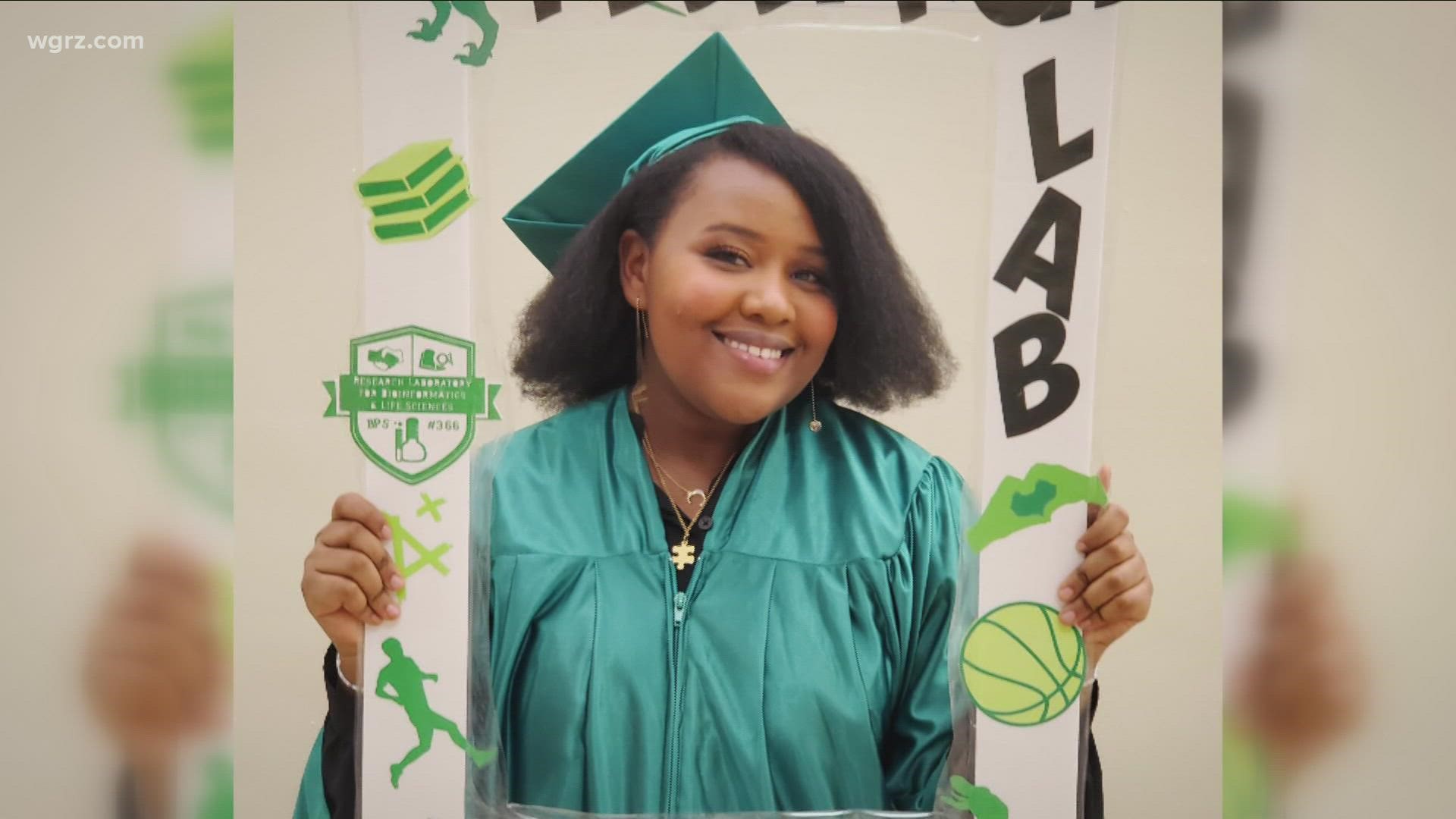 BUFFALO, N.Y. — Bien Aimee Ishimwe graduated first in her class at Buffalo's Research Laboratory High School for Bioinformatics and Life Sciences. A little more than a decade ago, in 2009, Bien didn't even speak English when her family left war-torn Rwanda.

"Our living conditions were very bad," Aimee said. "My mom wanted a better life for us growing up, so she signed up to come to America.  And luckily we were able to come through the process."

While she and her family adjusted to a new language and culture, Bien struggled in the classroom. It took almost two years before she started to understand but then later excelled in her classes. Soon she started dreaming about a career in the medical field.

"I'm not sure what is it but I just love science," Aimee said. "I find it very interesting and I love learning about things like chemistry and bioinformatics."

Angela Cullen, Principal at Research Lab High School says that Bien not only performed well in the classroom, she also took part in a number of school extra-curricular. She describes her as driven and fearless.

"She really embodies that curious learner," Cullen said. "She's always been putting herself out there, always the first one to raise her hand and say, 'I'm interested."

Bien was awarded a research internship at the University at Buffalo Medical School. It reinforced her desire to work in the medical field.  And she credits her friends for helping to inspire her to stay on track.

"Having friends who love school as much as I did, they motivated me to do it," Aimee said. "Sometimes I didn't feel like doing the work, I just felt like giving up, and my friends would tell me to keep going."

In her valedictorian speech, Bien shared some advice for those who struggle like she once did.

"If you work hard, you'll eventually get there.  So don't ever let a piece of paper tell you that you're not smart enough or you're not good enough.

Bien is attending D'Youville College with plans to become a Physician Assistant.