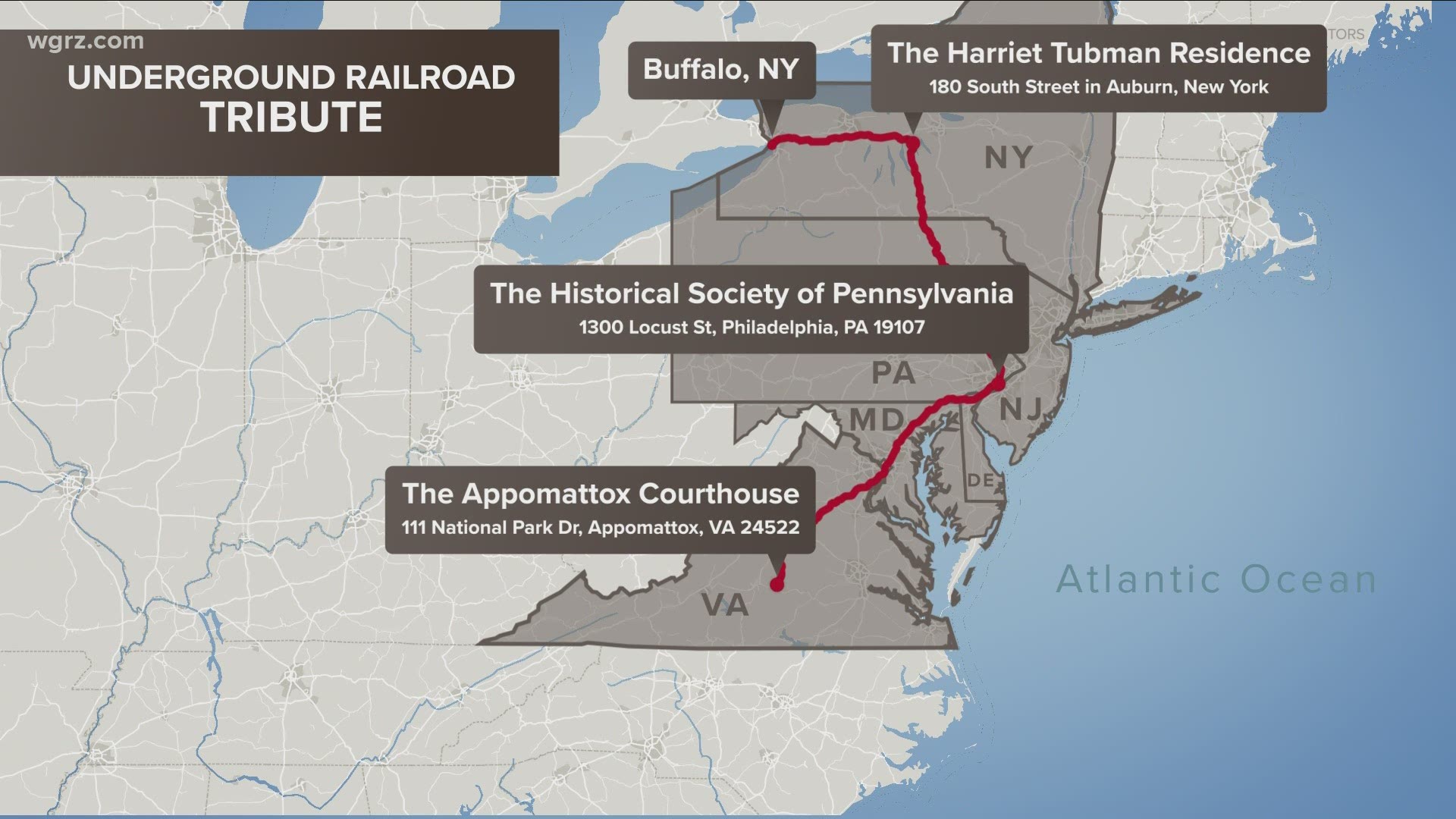 BUFFALO, N.Y. — Fighting human trafficking has been a long-time passion for Kelly Galloway. For years she traveled across the globe to raise awareness and rescue people who have been impacted.

She founded Project Mona’s House in Buffalo, a center designed to help human trafficking survivors and help them get back on their feet. Her latest project, she says is one of her most ambitious.

"Myself and 13 other courageous and bold people are taking the journey of freedom seekers of the past like Harriet Tubman, William Box Brown and William and Ellen Craft", she told 2 On Your Side's Karys Belger.

Her latest project is the Free Them Walk. The nearly 1000-mile trek aims to raise awareness and funds to help end human trafficking while recognizing people from the past who endured something similar.

Galloway says it's meant to recognize enslaved persons in America, some of the first trafficking victims in American History.

Galloway and the other Free Them Walkers will make the journey from the South to the North, on foot.

This morning on #Daybreak, a group of Western New Yorkers will be walking more than 900 miles along one of the original routes of the Underground Railroad to raise awareness about Human Trafficking. I’ll have more on their plans and how you can get involved on @WGRZ

The journey will encompass one of the original paths of the underground railroad starting at the Appomattox Courthouse in Virginia, with stops at the Historical Society in Pennsylvania, and the Harriet Tubman House in Auburn, New York, before making their way back to Buffalo.

Chris Bishop is one of the Free Them Walkers. For her, this project is about more than fighting human trafficking.

"Just to think fo all that our ancestors fought for and the things that we’re still fighting for today."

She tells 2 On Your Side's Karys Belger she’s walking because she wants to set an example for her son and she hopes others will realize how urgent and relevant the walk truly is.

"It just says that we’re not as removed from it as we thought we were," she told 2 On Your Side's Karys Belger.

It’s a reality Galloway says she’s trying to fight every day and she hopes this walk will open more eyes to just how closely connected human trafficking and old slavery practices truly are.

More information about the Free Them Walk can be found here.