Susan Rozanski noticed her son, Kasper, was turning blue as she was driving. She pulled over on the 190 to check if he was still breathing but needed help. 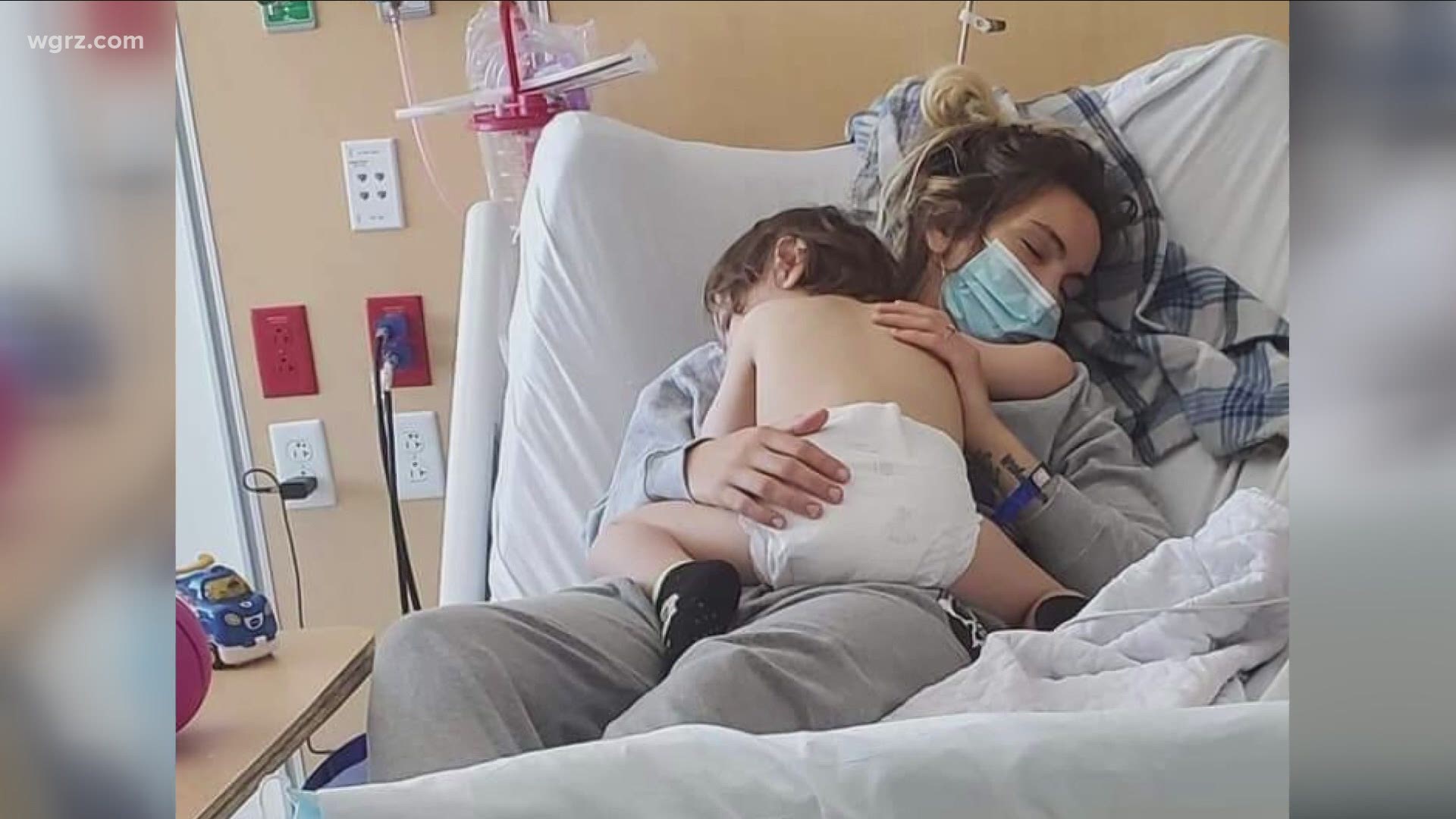 Then last Thursday, something was off.

"He was running a really high fever so I was driving on my way to urgent care. As soon as I pull on to the Thruway, I noticed his face was down a little bit and his face was like a purple and his lips were blue. I had never seen anything like that in my life," Rozanski said.

It's why she went into panic mode and pulled over to the side of the road.

"I was just so hysterical," Rozanski said. "All I knew was that I had to hurry up and get a reaction out of him and see if he was alive."

Rozanski tried to flag people down anyone who might be able to help save her son.

"All of a sudden, this white SUV pulls up, and he cut in right in front of my car and was so close. He immediately knew what to do and calls me over to walk me through all of this," Rozanski said.

Her savior's name is Ryan Suitor.

He was on his way home from work at BOCES, where he's a counselor for children with autism, when he noticed Susan and Kasper.

Suitor drove them to Mount St. Mary's Hospital as quickly as he could.

"I could smell his tires burning. He said his car was smoking after all this. He stayed with me when I went to the hospital before they could call me back to tell me he was OK, my son," Rozanski said.

It turns out Kasper had a severe case of Roseola, a common virus young kids get.

Rozanski says the nurses and doctors at the hospital did an excellent job helping her son as quickly as they could too.

It was also at Mount St. Mary's where Suitor realized he didn't just help out some strangers.

"She's like call my husband, call my husband. She's yelling out his name and the gentleman, I went to school with him in high school. I recognize the name and I'm like oh my gosh, I know you," Suitor said.

Stranger or not, what truly mattered though is that Suitor just saved Kasper's life, a debt Rozanski says she could never repay.

"I would say, 'Thank you so much for pulling over.' I wish I could give him a reward or something but nothing seems like it would be appropriate for saving my child," Rozanski said.

That's really all the father of two really needs anyway.

"I would just hope that somebody would act the way I would," Suitor said.

An answer nothing short of what you would expect from a true hero.