Jamal Williams and Megan Conrow-Graham are doctoral students at the Jacobs School of Medicine who host "Reclaim the Bench". 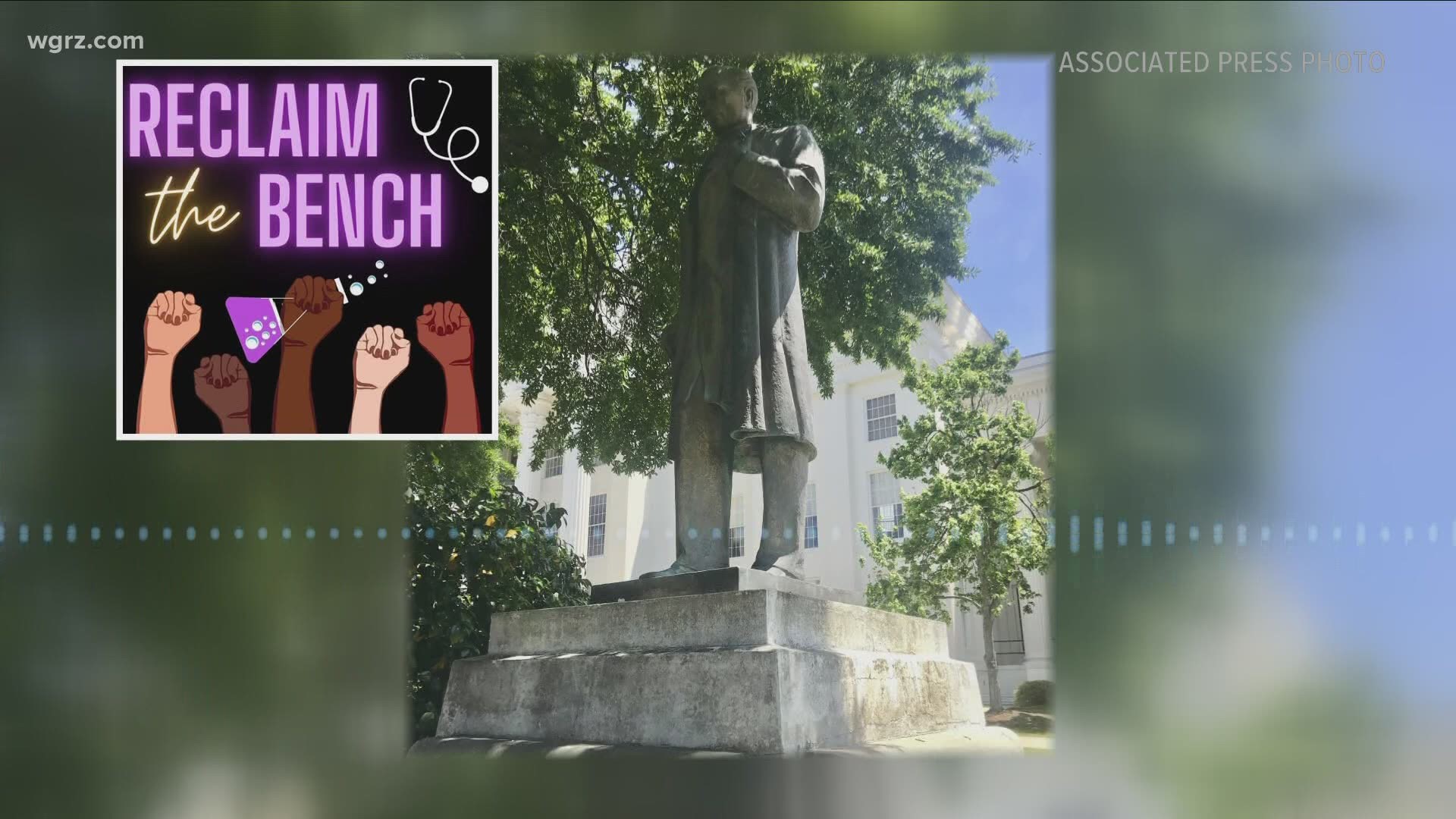 BUFFALO, New York — In the midst of a global pandemic and racial reckoning, doctoral students Jamal Williams and Megan Conrow-Graham had an idea. Over the course of their time at the University at Buffalo’s Jacobs School of Medicine they frequently spoke about the medical field and the complicated way women and people of color were either overlooked or mistreated. They wanted to find a way to share the conversations they had amongst themselves, with some of their peers.

"Since we’ve been friends, we’ve always had like, conversations around race and social justice", Conrow-Graham told 2 On Your Side's Karys Belger.

She explained the increased awareness of racial injustice in 2020, is what prompted them to consider sharing the information they would regularly discuss amongst themselves.

"We were looking for a way that we could be a part of this movement for social justice and use our expertise in science and medicine to bring attention to those stories."

Conrow-Graham says the idea for the podcast began as a joke, but the idea became a serious one when they quickly realized they couldn't find a podcast specifically dedicated to the topics they were interested in.

Tomorrow on #Daybreak, meet the minds behind @ReclaimtheBench, a podcast aimed at educating listeners about the often overlooked parts of medical history. @WGRZ pic.twitter.com/YqUVE05uh0

After talking with their family and peers, they came up with "Reclaim the Bench." The "bench", Williams explained, is where medical research takes place.

Willaims told 2 On Your Side the goal was to educate and empower those who are listening.

"The mission of our podcast is to uncover those historical roots to inform people about why we may experience these types of discrepancies in healthcare today," he said.

Her life story is why we have so many young black women breaking into the field of medicine today. Hear all about the first black woman to become the member of the American College of Surgeons - Dr Dorothy Brown:https://t.co/befpxxSecY#BlackHistoryMonth #ReclaimTheBench pic.twitter.com/l6ZFVY4u3k

They’re hoping people will continue to listen, be enlightened, and think hard about their own well-being.

Williams and Conrow-Graham are currently recording the second season of Reclaim the Bench and hope to release new episodes later this month. All of their current episodes are available on most streaming platforms.