As fast as they're being restocked, they're flying off the shelves. 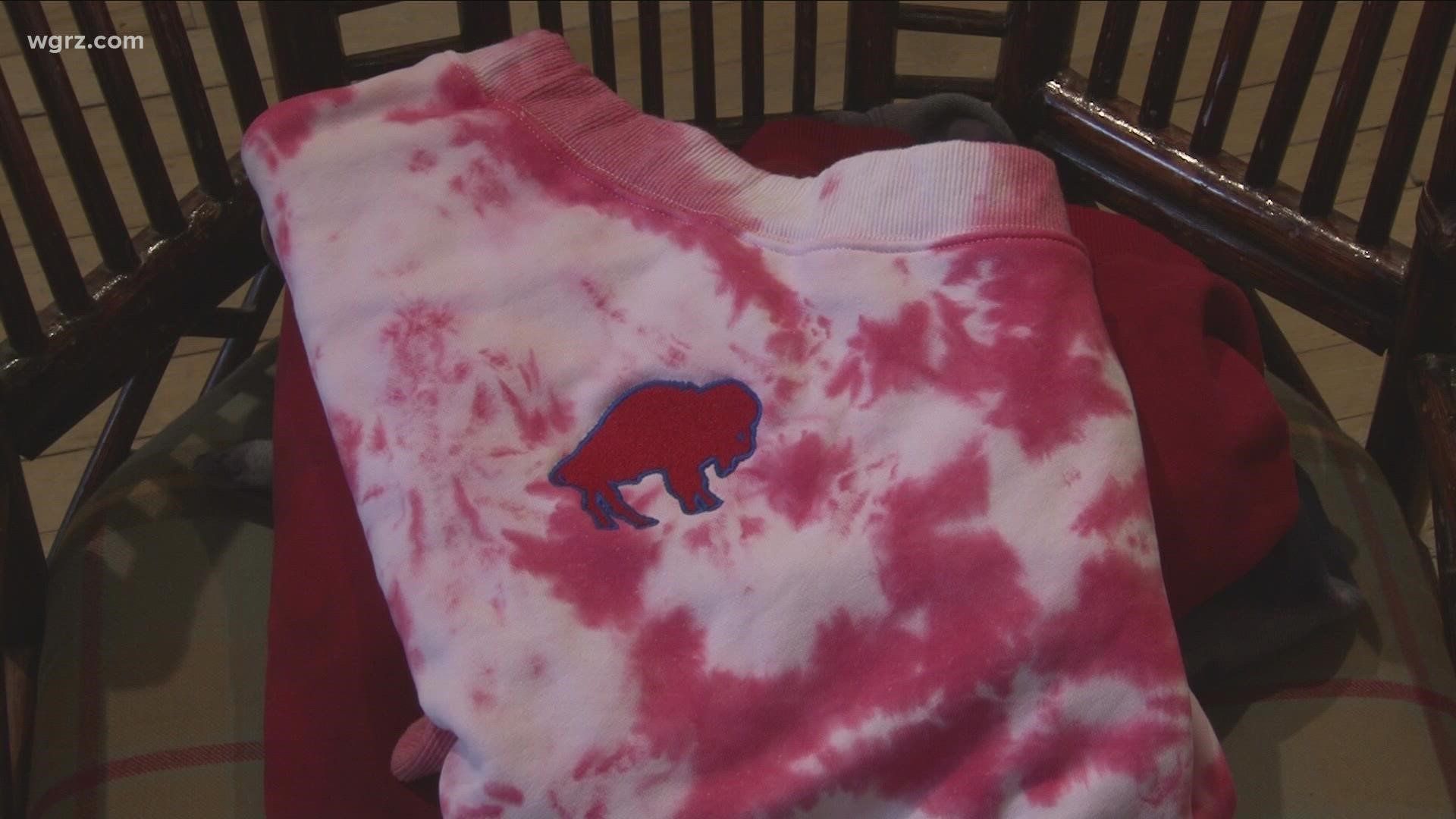 LEWISTON, N.Y. — The things we get nostalgic about always find a way to make a comeback.

"Tie dye in itself was coming back three years ago," said Kilby Bronstein, owner of Half & Half Boutique on Elmwood Avenue. "I think the huge trend of tie dye and people making their own tie dye was really during the shutdown."

"It's kind of very reminiscing for people to come in here and buy a tie dye shirt."

Realizing that, one of Bronstein's store managers started showing Buffalo pride through an explosion of colors.

"They were gone within honestly 20 minutes," she said. "We're seeing a lot of it across Western New York, and then of course, you have bigger ones like Revamped and Bleached by Abigail."

Lewiston native Abigail Nashwinter noticed the trend when she started tie dying and bleaching clothes back in 2017.

"I was always doing this part-time and then last year during COVID, I lost my job," Nashwinter said. "So I was in a little apartment in Charlotte, and I was selling all these Buffalo clothes and shipping them all up here by the dozens like everyday."

She outgrew that little apartment, now working out of an 820-square-foot warehouse just for "Bleached by Abigail Lee."

It's a side effect of getting so much support.

"I get emotional talking about it because it's amazing. Yeah," Nashwinter said. "None of this wouldn't have happened if it wasn't for the community of Buffalo."

The support comes in long lines at popups that Abigail holds at other small businesses in Western New York.

"My wife and I help her at the popups, and people wait in line for three hours. They get up to us, and I'm like, 'Why are you guys waiting in line for so long?' And they say it's no big deal, it's wonderful. It's for Abigail," said Abigail's father, Robert Nashwinter said.

"I don't know if she would be this successful if she was in another city doing this."

It's the sort of thing that sets Buffalo from all the rest.

"I do about 300 (clothing items) a day now," Abigail Nashwinter said. "I don't know what I'd be doing. This is my life now. It's all because of the community of Buffalo."

Buffalonians show up, whether you're a 26-year-old just getting started or a small business owner who has planted roots on Elmwood.

"It's really special. You have all these different, whether they're really big or really small businesses, able to sell their tie dye," Bronstein said.

Nostalgia may sneak up every now and then but it's great neighbors who make a good thing last.