Some cherry blossoms blooming early this year in Buffalo

Friends of the Japanese Garden say about 1,000 people have already stopped by to enjoy the view this spring. 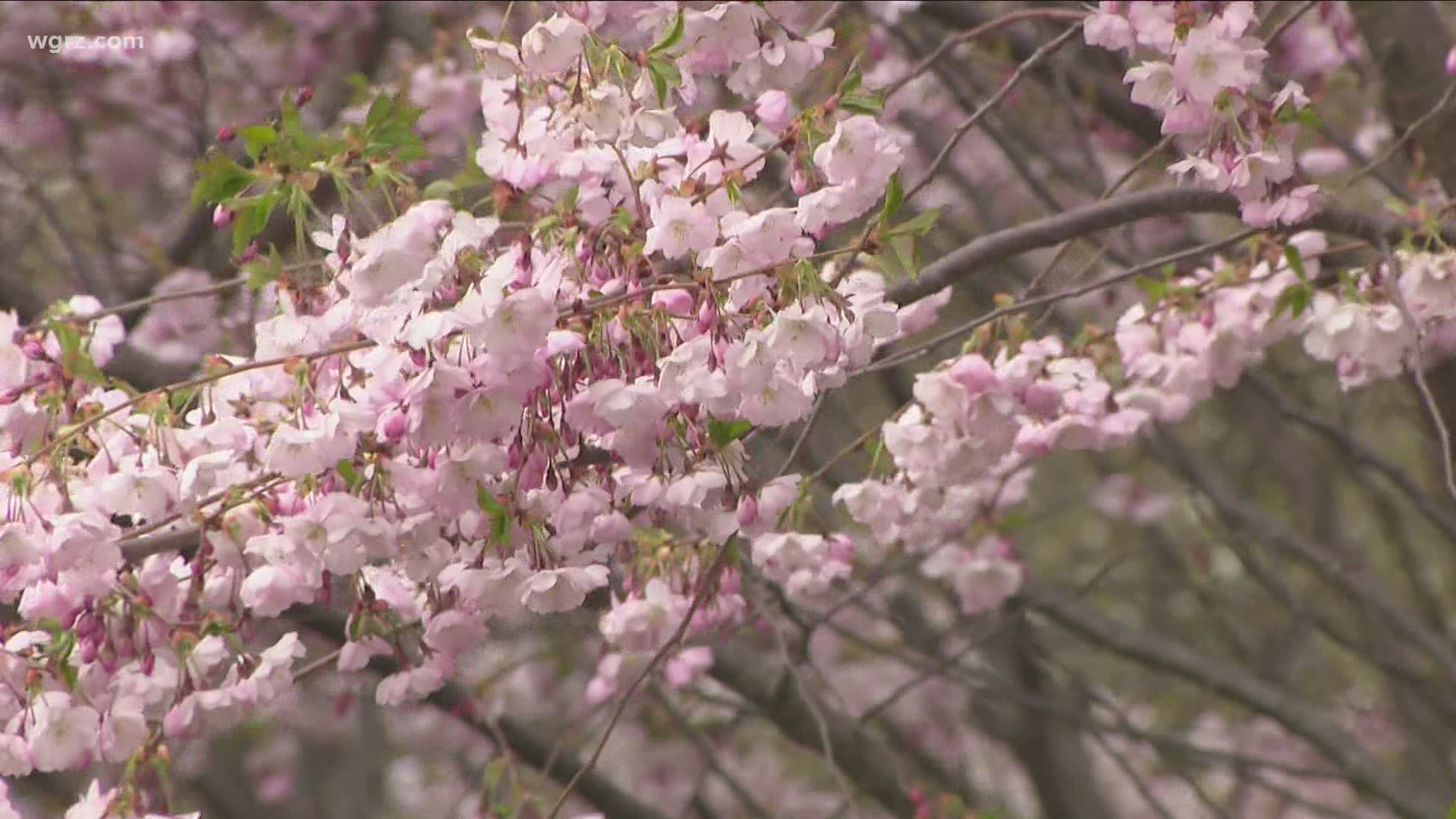 BUFFALO, N.Y. — Friends of the Japanese Garden say Buffalo is seeing some cherry blossom trees are blooming earlier this year.

They attribute it to the sunshine and warmer weather this April.

The Japanese Garden of Buffalo has already seen up to 1,000 Buffalonians so far.

If you aren't able to check out the early bloomers, you will still have a chance to see the late bloomers.

"The late bloomers, they're called Quanson. They're bright pink, and they're a double flower. They'll bloom in about a week, depending on how warm it gets," said Paula Hinz, with Friends of the Japanese Garden.

"The reason people love them is because life is short-lived, and we should live in the present. We really don't know how long the blossoms will be on the tree."

That will once again depend on the weather, and if it stays nice out, or we have some more rainy, windy days.

The cherry blossom trees in the Japanese Garden have been around for almost 40 years. They were a gift from Buffalo's sister city in Japan.

Believe it or not, some say Buffalonians didn't take a notice of them until about nine years ago, when the garden started having a Cherry Blossom festival.

"Nine years ago, we put out an announcement on, 'Hey everybody, come to the garden, the cherry trees are in bloom,' and went there, and we had fewer than 20 people," Hinz said.

Now it's become a tradition for Buffalonians. Because of the amount of visitors, everyone is asked to wear a mask and social distance.

If you check out the cherry blossoms in person, Hinz asks that you don't step on the roots or touch the trees. That's because they're so old, and if damaged, they won't grow back the same.