The 29-year-old Marine Corps veteran befriended a D.C. man who didn't have a home, and put his Christmas list on Facebook. The response was instant and overwhelming. 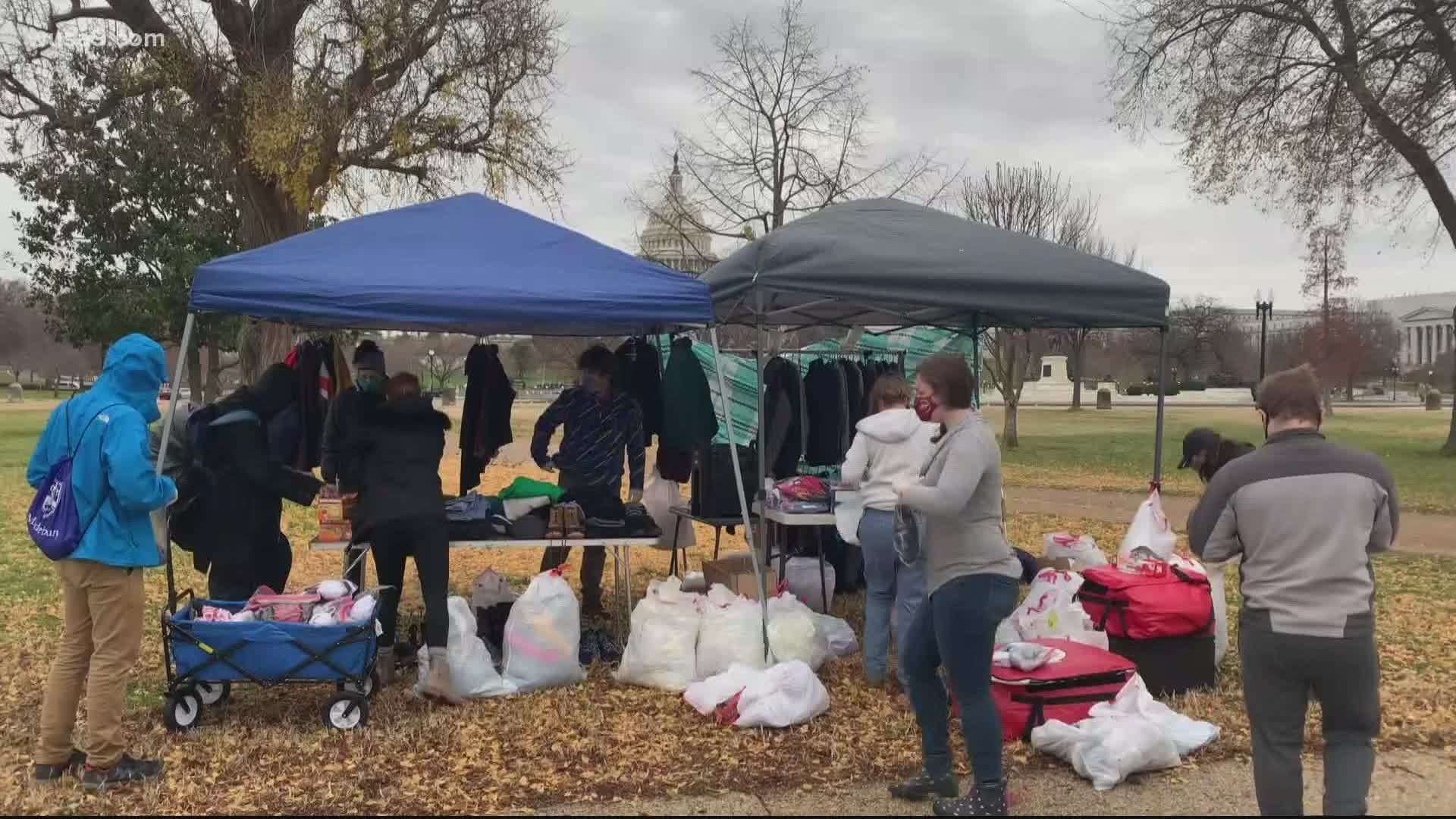 WASHINGTON — She would see him sleeping on the vents near the U.S. Capitol, a cruel tableau during an unforgiving year, without any sign of charity, mercy, or benevolence in his life.

So Jane Shapiro got out of her car, and met Angelo.

He’s a man who occasionally seeks shelter below the dazzling Christmas tree at the Canadian Embassy. Yet he’s long forgotten the joys of Christmas, without family or friends to turn a life now cold and gray into gold.

“He told me he was born and raised in Virginia, loves all kinds of music, but didn’t have anyone for him now, no one,” Shapiro said. “So I asked him for his Christmas list, I wrote it down, and it was socks, shoes, a radio for all kinds of music, and friends.”

The 29-year-old is a U.S. Marine Corps veteran who recently moved to the District from Okinawa. As Christmas approached, she felt a duty to change her new neighborhood for the better. She put Angelo’s Christmas list on Facebook, and the response was overwhelming.

Her apartment floors and couches became covered with new coats, food, pants and ponchos. And she soon realized her mission would expand.

Shapiro and her best friend spread fliers across Capitol Hill, advertising help for anyone experiencing homelessness during the holidays. On Christmas Eve at the Capitol Reflecting Pool, Shapiro and volunteers set up two tents, welcoming Angelo and others who needed support.

Every item on Angelo’s list was delivered. A small solar-powered radio was saved for last and delivered in a ruby-red bag.

CAPITOL CHRISTMAS — Two Marines who just moved to DC from Okinawa are giving out hundreds of coats, scarves, and meals to the homeless...

When so much is missing this Christmas, moments like this make the season bright🎄🇺🇸@WUSA9 @CBSNews #Christmas2020 pic.twitter.com/TdpwnB4Via

“I feel like the community is really what did it for me,” Shapiro offered. “I might have talked to Angelo, but there are still people who donated $5, and are still struggling to pay rent, it gives me goosebumps.”

Margaret’s Soul Food Truck donated 100 hot meals for Thursday’s event, with all remaining items given to the Central Union Mission. Shapiro started an Instagram account with the handle @yourdcfriends, now set to continue charity work into the future.

“We want to keep going by supporting local businesses with more financial donations, and having them help us feed those in need,” Shapiro said. “And I’m confident we’ll be able to do it, even beyond Christmas, because this is a place where people don’t think twice about helping one another.”

Shapiro is working to set up a website for anyone who wishes to support her mission going forward, but for now check her out on Instagram at @yourdcfriends.