A group of students did research on who is buried at Oakwood Cemetery and their significance to the history of the area. 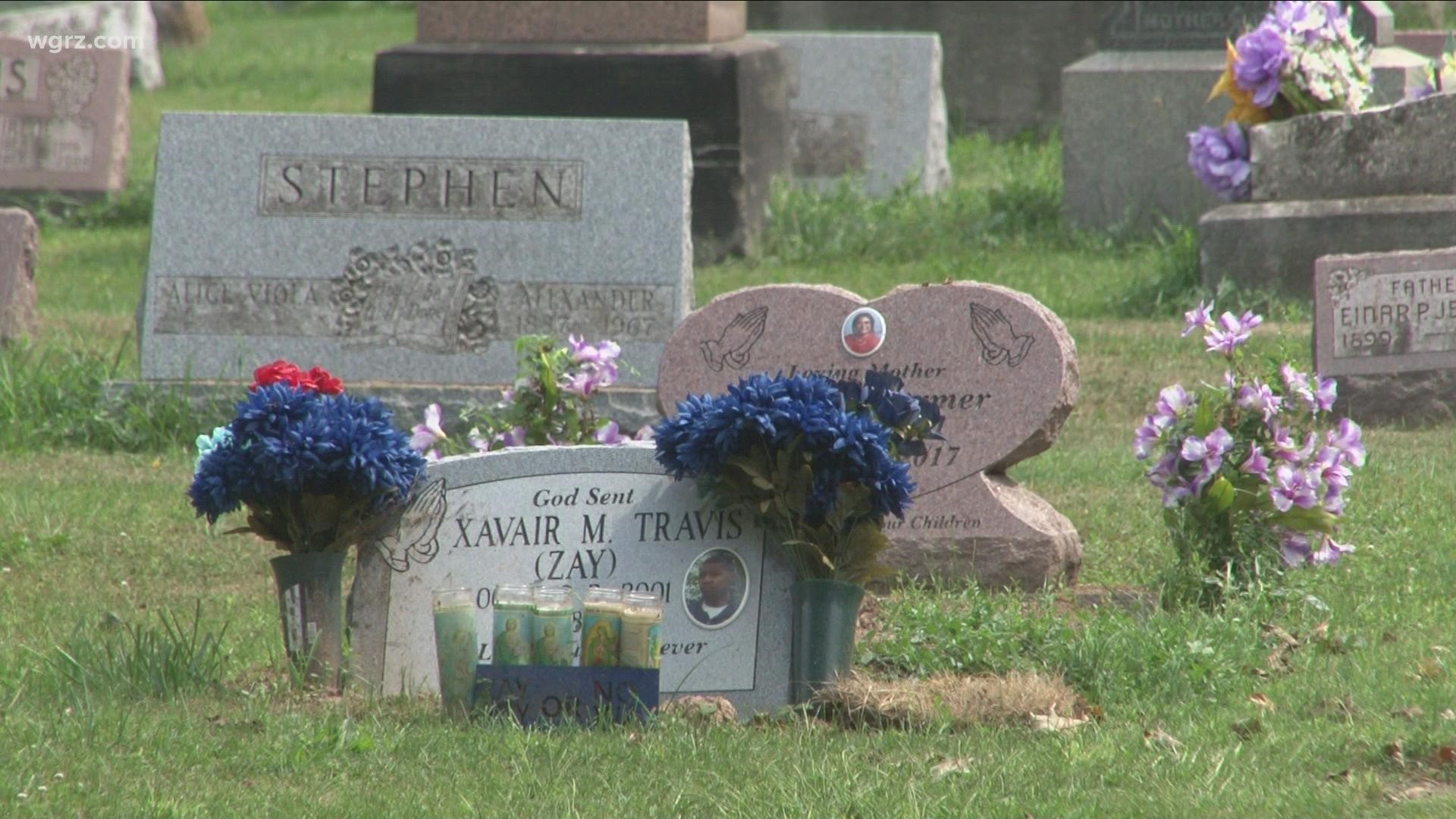 NIAGARA FALLS, N.Y. — Niagara Falls' Oakwood Cemetery often reminds us of who we have lost.

"All the city fathers and mothers are here. The daredevils are here. People who have been civil rights activists and mayors. People streets are named after, they're all here," said Judie Glaser, the secretary for the cemetery's board of directors.

However, it's also full of history important to Niagara Falls.

Among those buried here is Annie Edison Taylor, the first woman to go over the falls over a barrel and live.

There's also Colonel Peter Porter, who died in the battle of Cold Harbor and who's family owned the falls.

Bloneva Bond, the first Black woman to be on the Board of Education, is also buried at Oakwood.

Glaser is also the Niagara Falls District clerk, which is why she asked students at Niagara Falls High School to help her change that, so they did, by creating a rap video.

One of the school's music teachers and nearly ten students created the tune and lyrics. Then senior Tyler White edited it all together.

"I've made a bunch of videos but this is the first one that's gotten the most attention," White said.

Even he understands why.

"I live right down the road," White said. "I knew it was a cemetery. I didn't know how much history was here though."

That's what Glaser is hoping to hear even less, since the rap video is providing some history lessons while allowing a younger generation to remind the City of Good Neighbors who came before them.

"What I was really surprised by and really loved was the whole theme that these are our still are neighbors, they just happen to be under the ground instead of walking on it," Glaser said. "You have to know where you came from."

They're neighbors we may have lost but ones who's legacies must carry on.