Deneen Smith and her West Hound White Terrier are competing against 13 other "Westies" June 12-13. 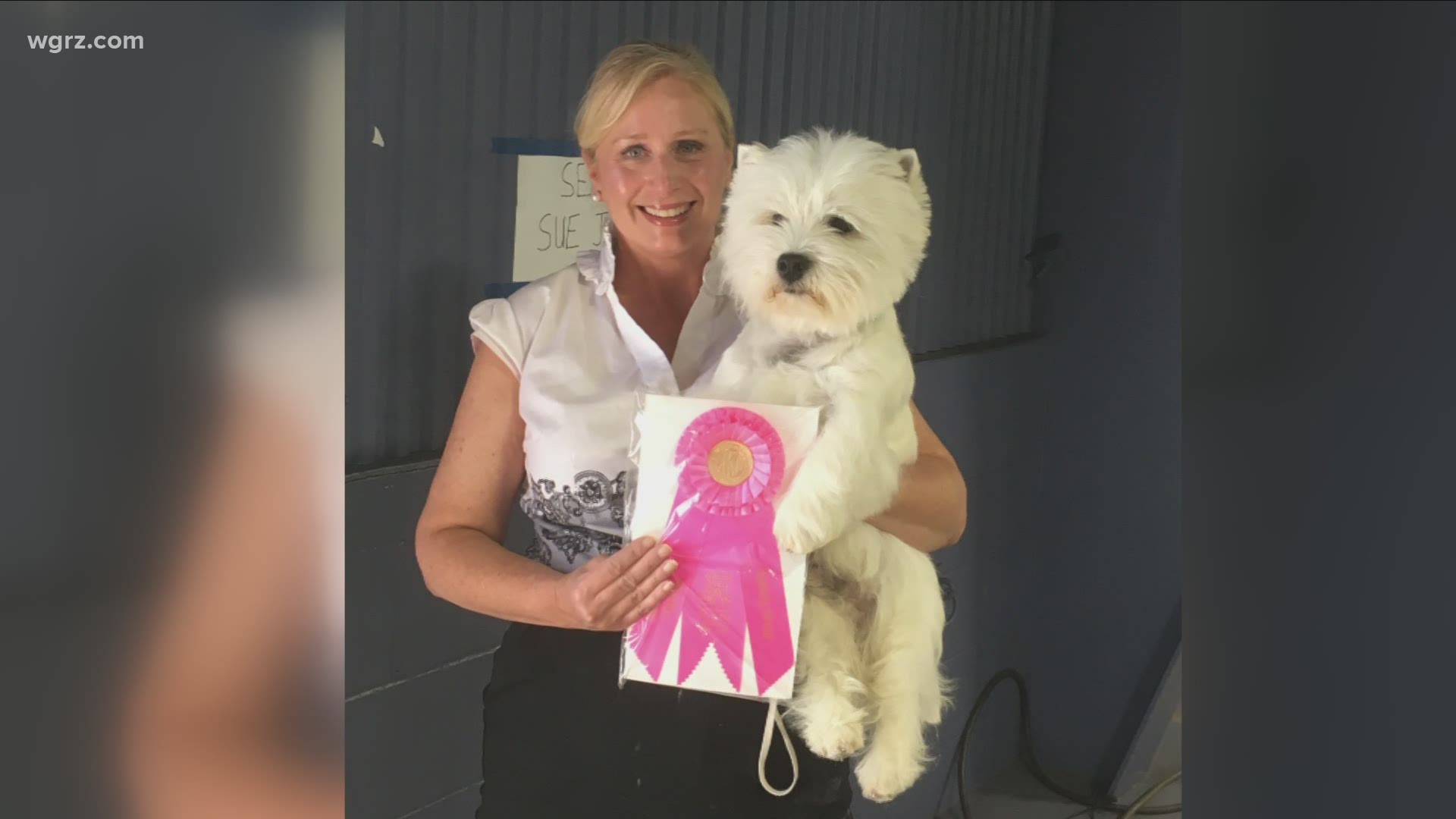 BUFFALO, N.Y. — Six years ago, Deneen and Steve Smith's two daughters were officially out of the house, leaving them with too much free time.

"My husband and I were looking for an empty nesting hobby," Deneen Smith said.

So Smith decided it was time for the couple to get another West Highland White Terrier or "Westie" who they named Luca.

He allowed her to pursue something she always wanted to try: dog showing.

"We looked into it and haven't looked back," Smith said.

People can hire handlers to train their dogs but Smith trains Luca herself. They've competed in more than 100 dog showing competitions.

Next month, they're headed to the national stage to represent Western New York at the Westminster Dog Show in Tarrytown, NY. It's something Smith never saw coming.

"It's like a dream come true... the Super Bowl of dogs shows," Smith said.

Luca is even following in the footsteps of his father when he competes against 13 other Westies at the show.

"His father was a big show dog in a Westminster champion for the Westie breed himself," Smith said.

While the pair flaunt what they've got, you better believe after 36 years as an ER nurse at DeGraff Memorial Hospital, Smith is getting all kinds of support from her medical family. In fact, dog showing has even helped her find a new way to relax patients.

"I can't tell you how many times I've showed a picture of Luca to patients and they light up and calm right down. It helps to make it a less stressful experience because as we all know, coming to the ER can be pretty stressful," she said.

The two have a bond that goes unmatched. Soon the entire country will see it too.

"I'm really really proud of him and proud that we can represent Western New York," she said.