Dr. Kondi Parthasarathy was an honored physician, beloved father and husband, and an accomplished teacher. He passed away at the beginning of April. 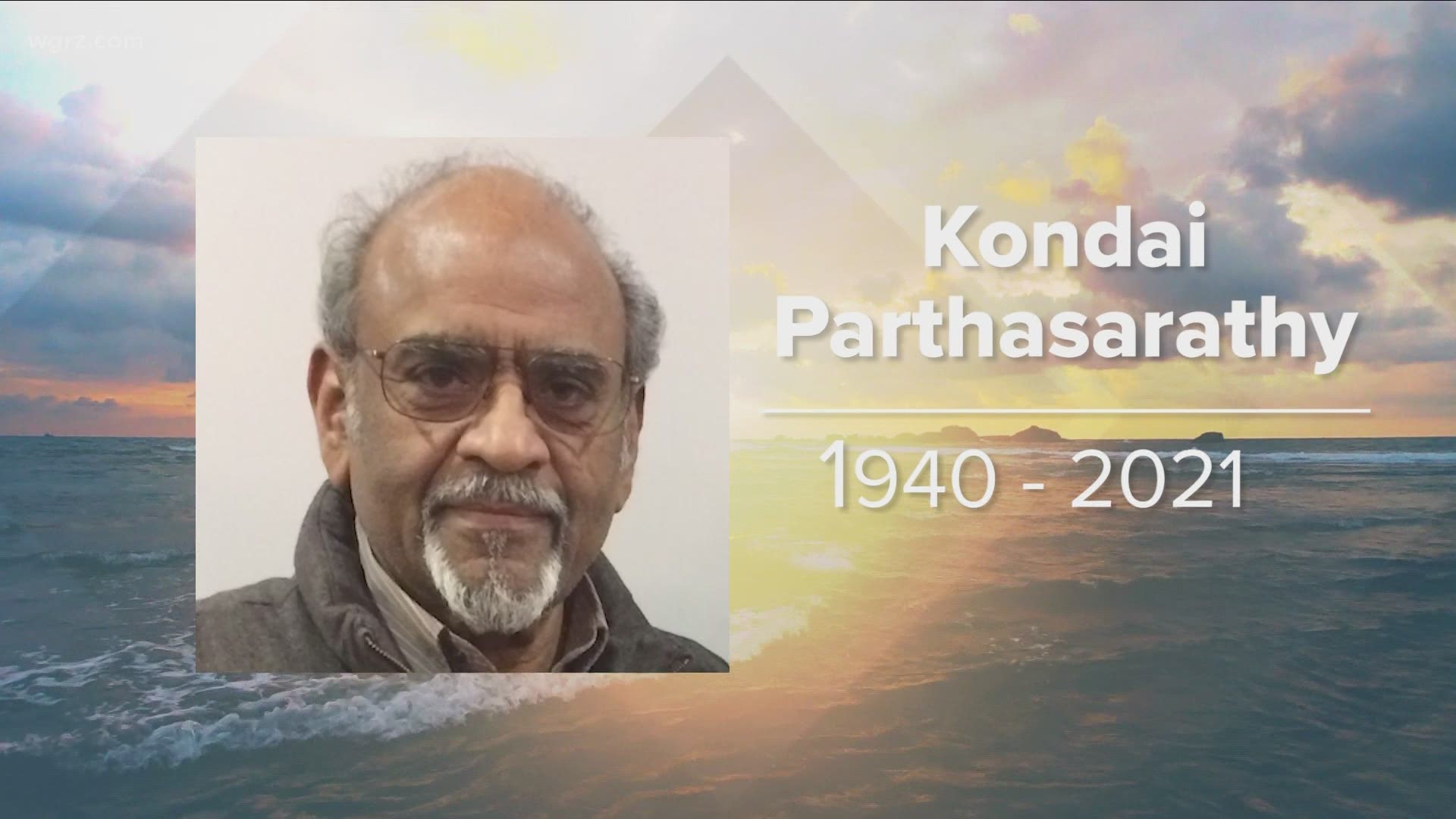 "He really wanted to help, and he didn't just think about doing it. He actually did it," Remla Parthasarathy said.

Long before the good doctor joined the Roswell Park Comprehensive Cancer Center, he studied medicine in his native India, and then brought his formidable skills to North America and eventually to Buffalo. Along with those skills, he brought his wife and daughter.

"My mom and dad, they had a traditional arranged marriage. It may not have come together because of love, but love definitely cemented that relationship and grew and was there to the very end," Remla Parthasarathy said.

Dr. Kondai Parthasarathy became the associate chief of nuclear medicine at Roswell Park and held that position until poor health forced his retirement. He was always modest about his considerable accomplishments, even with his own family.

"Like, I had no idea that he had published 30 articles or presented at all those conferences and done all those workshops," Remla Parthasarathy said. "He was absolutely proud of it, but he was also really humbled by it and he didn't make a big deal about it."

"He was one of those people, I would think, who was busier in retirement than most people are in their day-to-day job," Remla Parthasarathy said. "He was volunteering at the UB Medical School and so he helped out teaching residents. He also did a lot of consultations in various hospitals locally as well as Buffalo Medical Group. He kept very, very active that way."

Dr. Kondi Parthasarathy was an honored physician, beloved father and husband, and an accomplished teacher. He passed away at the beginning of April after a lifetime of caring for others and a life well lived.