5-year-old Easton Thorn had not seen his dad, Jerry, since June because the Air Force flight medic was deployed in Kuwait. 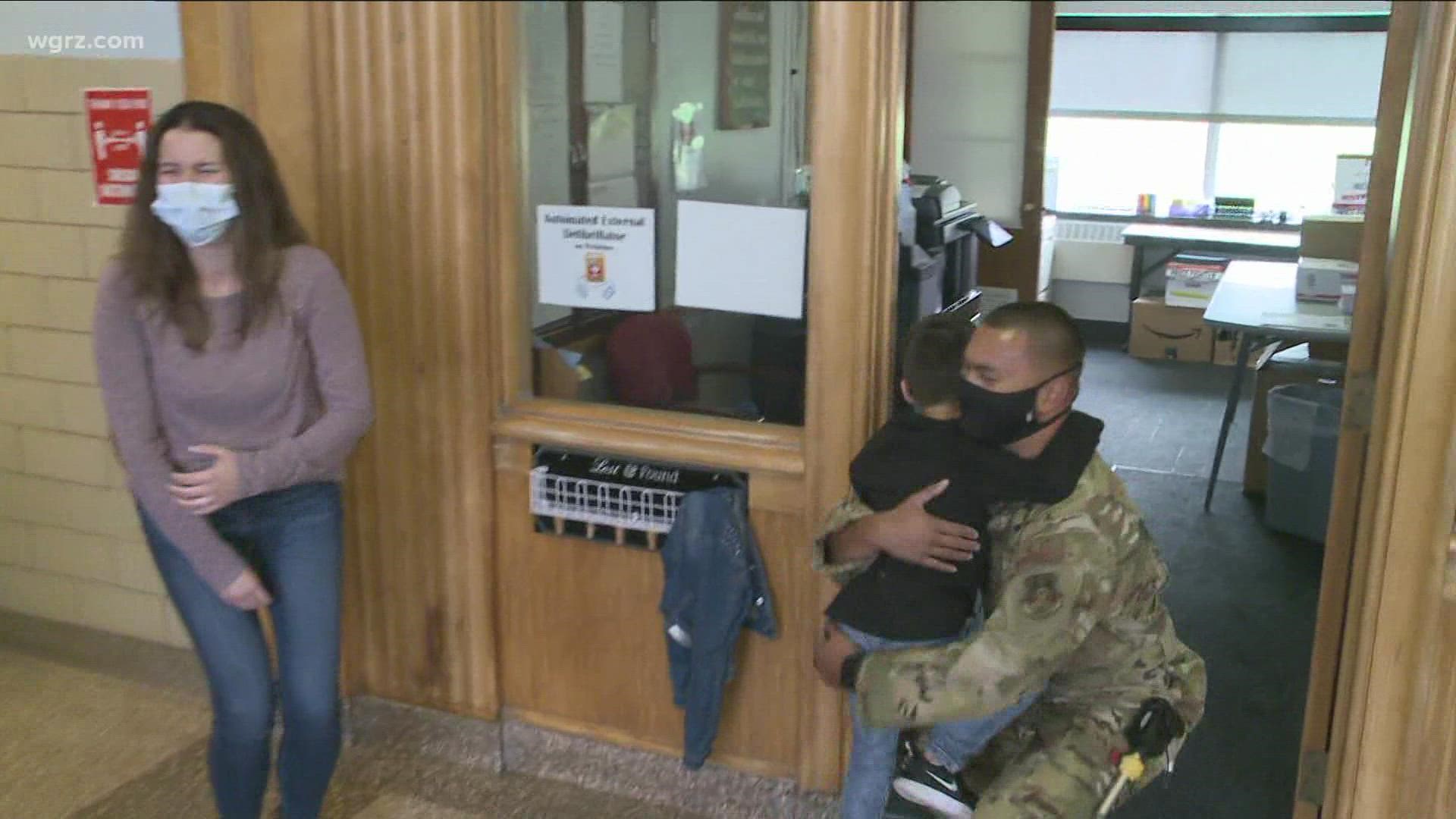 LANCASTER, N.Y. — Easton Thorn wasn't sure what he would find, as he followed his class through the hallway at Court Street Elementary.

Then a man popped out of a room.

When Easton Thorn realized who it was, he hugged him and couldn't let go.

"I missed you," Jerry Thorn said.

Jerry Thorn just returned home, after his first deployment to Kuwait. Surprising his son turned out to be just as he had imagined.

"That was the perfect Easton reaction. That was right on," Jerry Thorn said.

It was also the final one he needed on his first day back to the states.

Jerry Thorn's first hugs back home were at the airport on Wednesday morning from his wife Kayla, 3-year-old son Noah, and 7-month-old daughter Millie.

"She actually came to me. She was laughing," Jerry Thorn said. "That was awesome for me because that was one of my biggest fears coming home, she's like, 'Who is this guy?' "

His kids didn't forget him, though, just as he wouldn't forget any of the service men and women he helped as a flight medic.

"We get to be the guys that bring them home so the wounded warriors, stuff like that," Jerry Thorn said.

Now that Jerry Thorn is back home, "family" has a whole new meaning.

"Not necessarily the way you view it, but the way you appreciate it," Jerry Thorn said. "You realize how good we have it here. Just being able to hold your kids at night."

Now Jerry Thorn is going to celebrate as any Western New Yorker should.

What better way is there to celebrate when you return to Buffalo?

Jerry Thorn won't be deployed for another three years, so Channel 2 wishes him hopes he enjoys every minute with his family now that he's back for some time.