Ice Creamcycle owner wants to bike down every Buffalo street

James Karagiannis sells ice cream for $1 and gives it away for free if kids don't have cash. 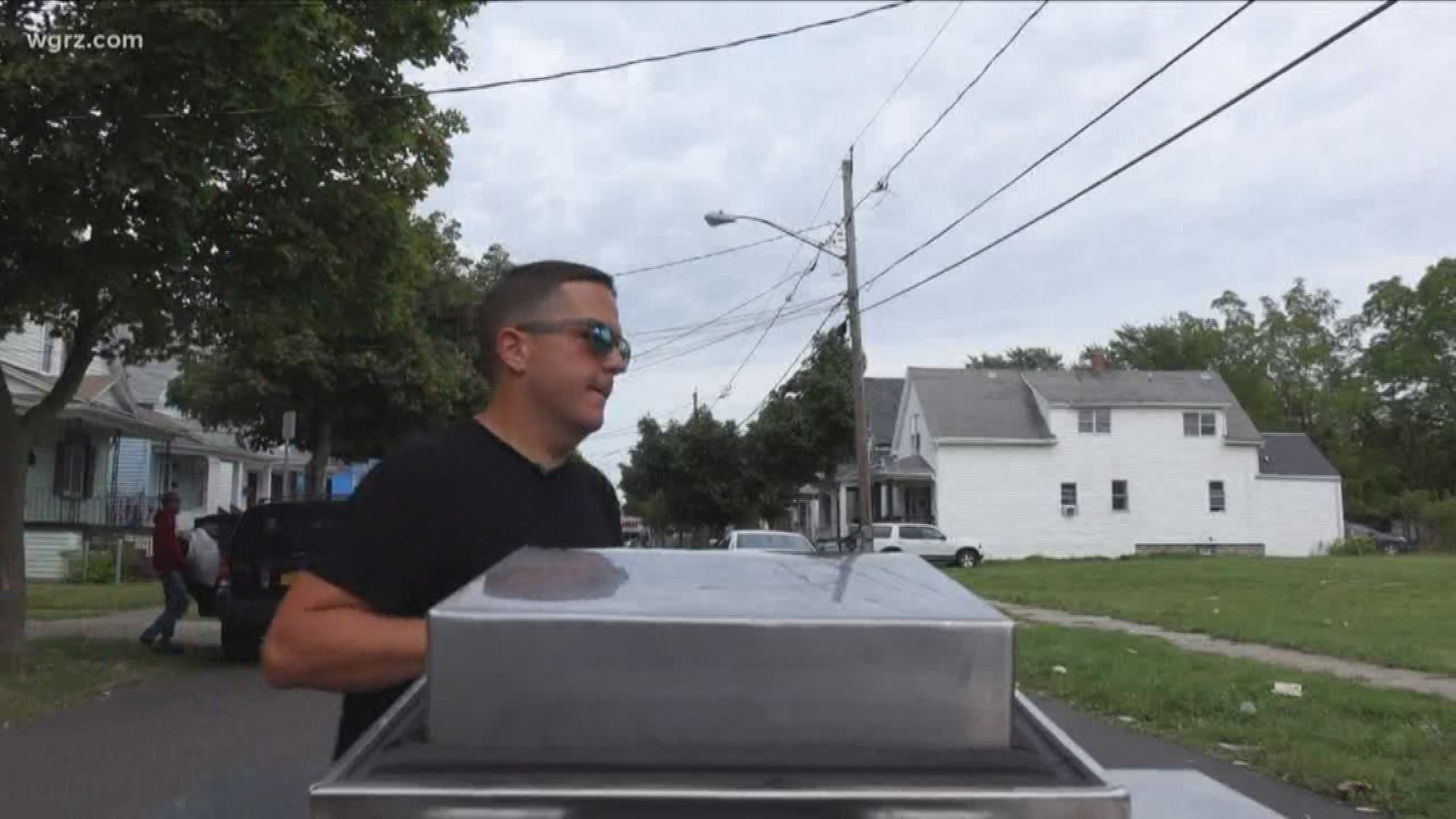 BUFFALO, N.Y. — From the end of April until mid-October, you'll find James Karagiannis riding around Buffalo on his Ice Creamcycle selling ice cream for a dollar.

“I really like it. I'm outside. I get to explore my city and enjoy the weather in the summer, and I really, really like it," says James Karagiannis.

Karagiannis rides forty miles a day, and if someone doesn't have a dollar, he gives it to them anyway.

"If everybody else has ice cream and there are a few kids standing there without it, I know how they feel," Karagiannis said. "They feel terrible. They want ice cream, so just give them one and it makes me feel nice, and I know that they're happy. They got an ice cream because they wanted one."

He usually asks some trivia questions or trades the treat for a good deed.

"So, you have to do one nice thing for somebody today, that will be your payment, all right?” he asked one child on Tuesday. “There you go. Have a good day."

"How it usually is, is one kid will get a free one, and they'll run off and tell all their brothers and sisters and everybody will come out. But after, I don't know, that's probably about maybe 75 is more likely, about ten an hour, yeah," he says about the ice cream he gives away.

Karagiannis started doing this in 2007. In 2016, he caught the attention of NBC and made national news. Usually, he just goes where ever the wind takes him, but this summer he's on a new mission - to bike down every street in Buffalo.

"I feel like there are still a lot of places that I go that people have never seen me, so I was thinking, hey, it would be a really cool challenge to go up and down every single street in the city," he says.

"I thought it would be simple and it would be quick, but the city's really huge and it's taken a lot of time to do it, but I'll get it done, and I just like a good challenge. I feel like I'm exploring, and I really like exploring in the city," he says. “I would love to finish by mid-October, but if I'm not finished by mid-October and it's snowing out, and you see me riding around, I still have streets to do."

RELATED: Not your Normal Bicycle