BUFFALO, N.Y. — Like so many things in life, when you're selling a home, first impressions are everything.

"When people open the door, within the first 3-5 seconds, they're going to make a decision on whether or not this is the place for them," Suzanne Tomasello told 2 On Your Side.

She's a licensed real estate salesperson with Keller Williams Realty Buffalo and also owns Design to Sell Staging, Inc. People pay her to make their homes look as appealing as possible before they hit the market.

Tomasello showed us how she worked her magic in a multi-family home in the Elmwood Village that recently sold.

"The biggest challenge was trying to be able to showcase the functionality of each room. If people don't understand what the function is of the room, it doesn't make sense," Tomasello said.

She turned the front two rooms of the house into a master suite with defined spaces for the bed and dresser, as well as sitting areas by the fire place and the windows. Every detail plays into the strategy.

"I like to put little psychological cues in there for people, so I have things like, 'Dream big, keep life simple, remember why we fell in love.' As they walk through, they can start to feel that way about themselves, or feel those emotions that we really want to tap into when they're looking to purchase," Tomasello said.

Those emotions can often play into a sale. Staged homes can get anywhere from 6 to 25 percent more than an unstaged home.

It's something you don't even have to visit the home to feel. According to the National Association of Realtors, a large majority of prospective buyers are now shopping for homes on their phones.

"They're looking on a phone, and they're scrolling really quickly. So if you don't get a great photo, they're not going to click on it, and actually start to look at the listing."

A staged home in the Elmwood Village 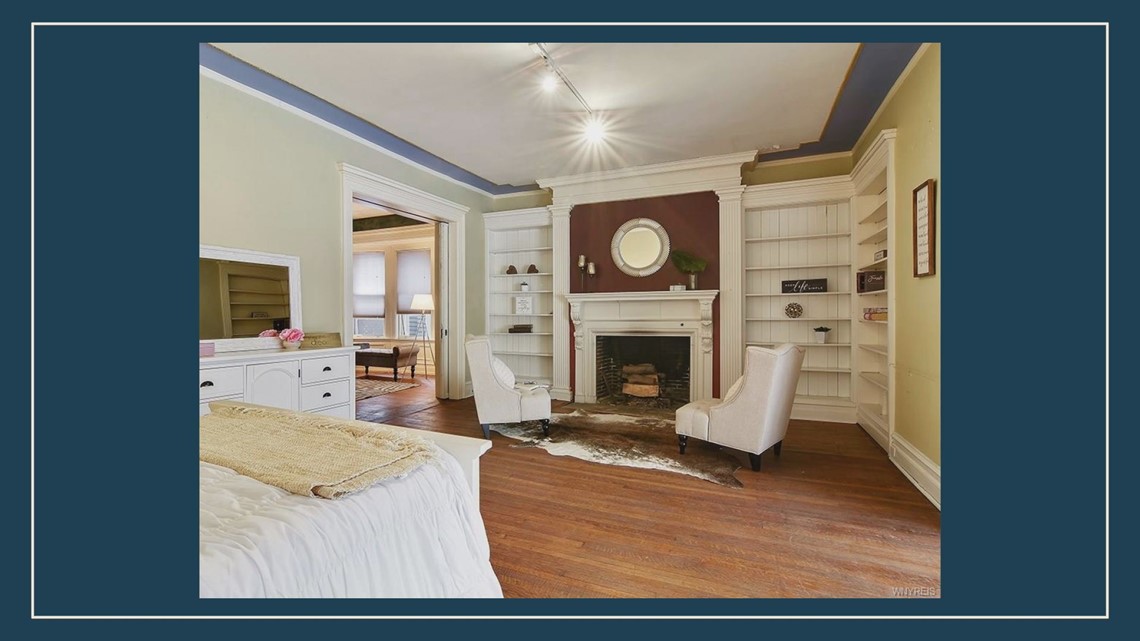 Realtor John Gatas said for the Elmwood Village home, the staged photos were a game-changer. The home went on the market in late January with a list price of about $540,000. Gatas says his clients received multiple offers and got "well over" asking.

"Over the course of a weekend, we had almost, just about 200 people that came through the open houses. It's unheard of to have that many people in a half-a-million plus dollar home in January, to come and see a home in this price range. Why did they come? Because we put the house's best foot forward. By showcasing it for what it really is. And the staging really brought that to life."

A staged home in Cheektowaga-Sloan 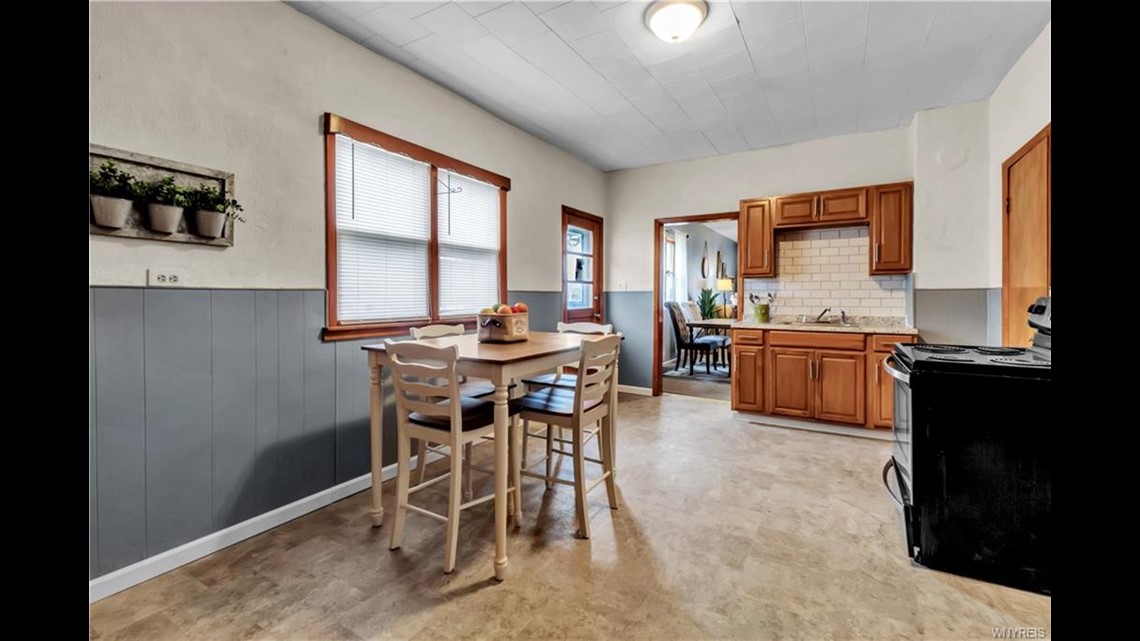 Home staging isn't just for large homes with grand spaces, though. Tomasello also took us to another home she recently worked on in the Cheektowaga-Sloan area.

"When I came in, this was completely vacant. There was nothing in here, they had maybe done some touch ups of paint."

Working with 1,200 square feet, the priority was maximizing the space.

"The bedrooms are smaller, and so if we didn't put the furniture in there, we would leave it to speculation for the prospective buyers to walk through, and imagine if their furniture would even fit."

By imaging the potential buyer, Tomasello created spaces she thought they would want to see, including separate areas for a living room, dining room, and an eat-in kitchen.

"We know that that demographic of ages is probably going to be in the mid-20s. So, what do 20-year-olds like? What kind of furniture do they like, and what kinds of things are they seeing on shows that they're watching and when they're looking at houses? I think we really nailed it here."

It's all about creating an instant emotional connection, and turning it into a sale.

RELATED: This is Home: Buffalo's Housing Market is Hot

RELATED: Don't waste your money on these home renovation projects