On Friday, Conway, the namesake of Conway Park in the Old First Ward, will be honored with the Navy Cross, the second highest honor a member of the Navy can earn. 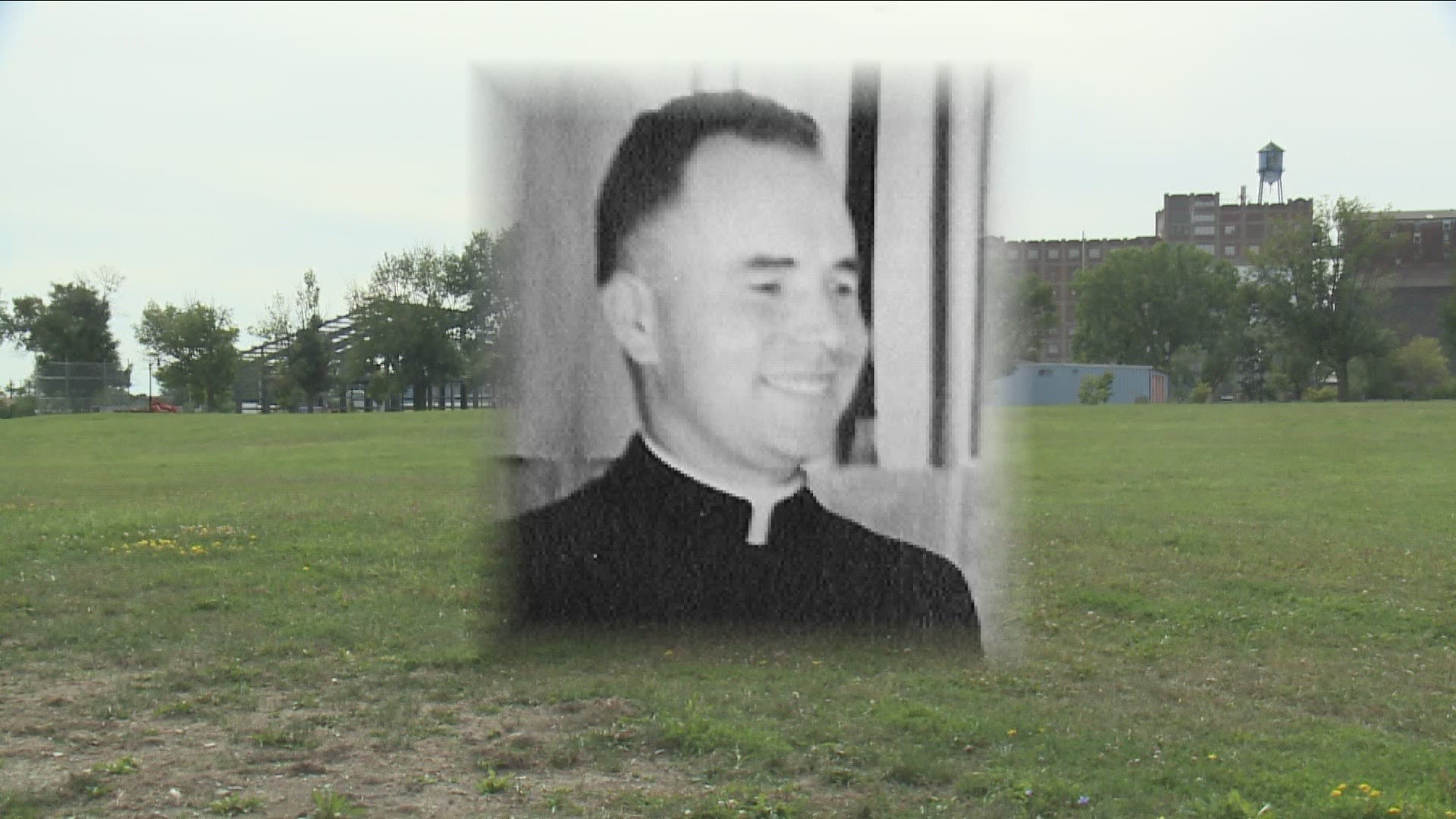 BUFFALO, N.Y. — A Buffalo military hero is getting a long-overdue honor after being the last chaplain to die in World War II.

Seventy-five years ago, Father Thomas Conway, a young priest from Buffalo, died on the USS Indianapolis. He had been a chaplain on the ship, when it was torpedoed, killing over 900 men many of whom either drowned or were eaten by sharks.

Conway spent the last minutes of his life doing what he had felt called to: serving others.

"As any father who does as he ministers to his flock and that's exactly what he was doing," said John Branning from the Naval and Military Park. "He swam from serviceman to serviceman offering last rites and giving words of comfort."

On Friday, Conway, who is the namesake of Conway Park in the Old First Ward, will be honored with the Navy Cross, the second highest honor a member of the Navy can earn.

Branning said that Conway was selfless until he met the same fate as his crewmates. There are conflicting stories, according to Branning, but it is believed Conway either swam until he couldn't anymore, or a shark found him.