The food chain reached out after seeing a story Channel 2 did last week on Talia Kalisiak, 20, leaving Kenmore Mercy Hospital. 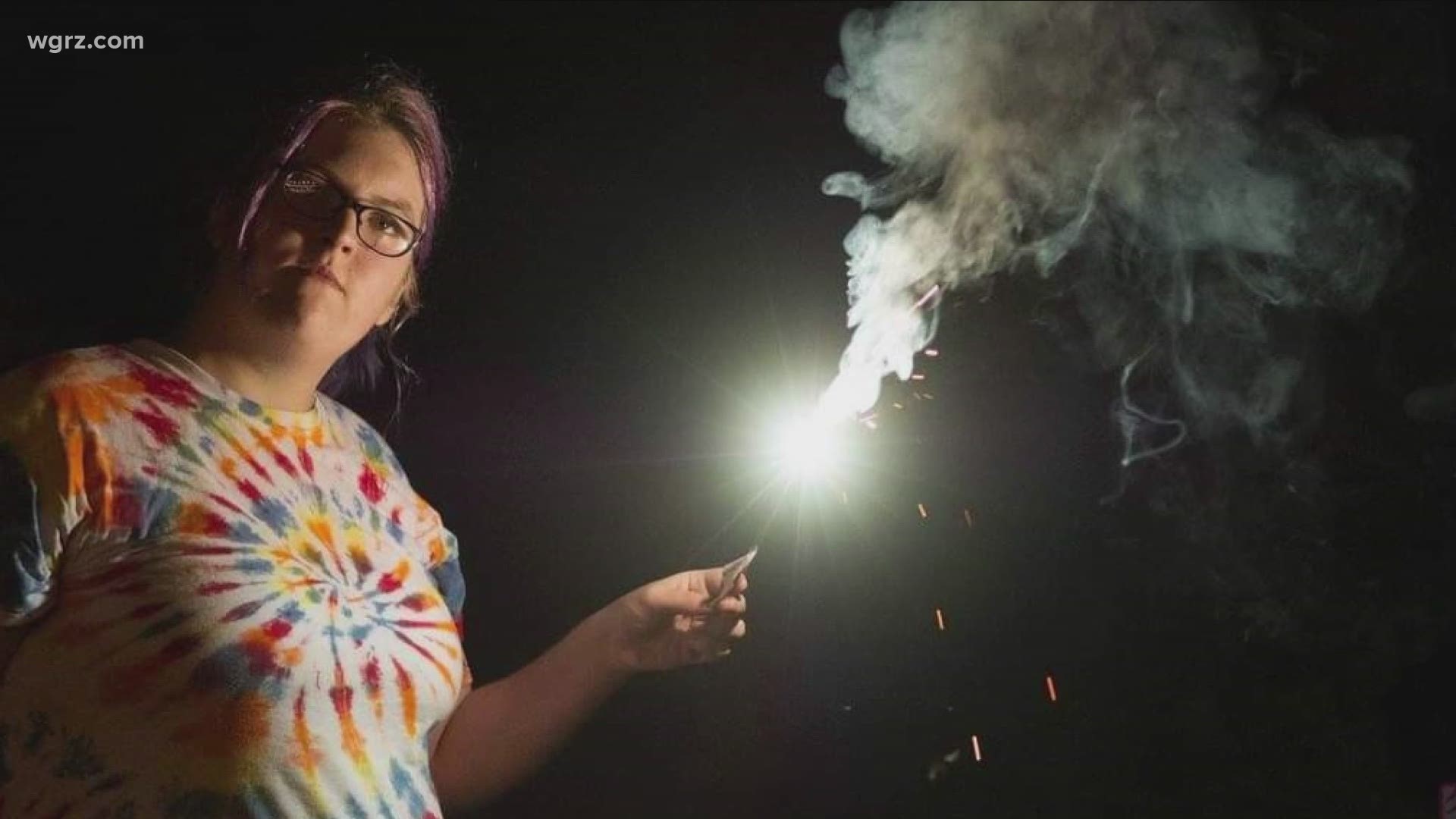 NORTH TONAWANDA, N.Y. — This weekend, a national food chain surprised Talia Kalisiak, 20, from North Tonawanda. She came home last week after spending nearly three months in hospitals due to complications from the coronavirus.

Last week, 2 On Your Side's Danielle Church spoke to Talia Kalisiak's mother Heather about what the two were going to do once they left the hospital.

The answer? Going to Chipotle.

Well someone at Chipotle saw 2 On Your Side's story on Talia Kalisiak coming home from Kenmore Mercy Hospital. Now the food chain has just given Talia Kalisiak a free years' worth of their food.

“When our team read Talia's story about her first stop being Chipotle after spending months in the hospital battling COVID-19, we wanted to reach out and surprise her with something special. Talia's story is remarkable, and we're so glad she's on the road to recovery," said Laurie Schalow, chief corporate affairs officer at Chipotle.

"Even though you might feel like you're alone and that no one cares about you, when it does come time, there's definitely a lot of people who care about you, even ones you might not know about or even if you don't know them well," Talia Kalisiak said.

Talia Kalisiak says the free Chipotle is not something she was expecting, but she's even more amazed by all the people who have supported her in her recovery from COVID.

This is not the only act of kindness Kalisiak has been a recipient of since she has been recovering from COVID. She was given special sendoffs at both Niagara Falls Memorial Medical Center in January and Kenmore Mercy Hospital last week.

On top of that, her neighbors supported her when she returned home and Talia Kalisiak says she even has people she hasn't seen in years reaching out to her to wish her well.

She and her mother also own businesses in North Tonawanda.

Talia Kalisiak just opened The Delightful Octopus during the pandemic and her mother owns Martinsville Soaps just a few businesses away on the same street.

Heather Kalisiak says while her daughter was in the hospital, several customers continued to shock her with their kindness.

"Somebody came in and just gave me an envelope on the counter and left and it was a busy day so I didn't think anything of it and I took it. It was a couple hundred dollars. I was just blown away by the generosity of people I didn't recognize," Heather Kalisiak said.

Talia Kalisiak says she's been doing much better both mentally and emotionally since being home now that she's with her family again.

Though she didn't expect to feel so supported by the community, or the free Chipotle, she's already getting a few family members volunteering to help her eat some of those burritos.