The Western New York native is offering Bills fans a 100% discount at his franchise of car washes. 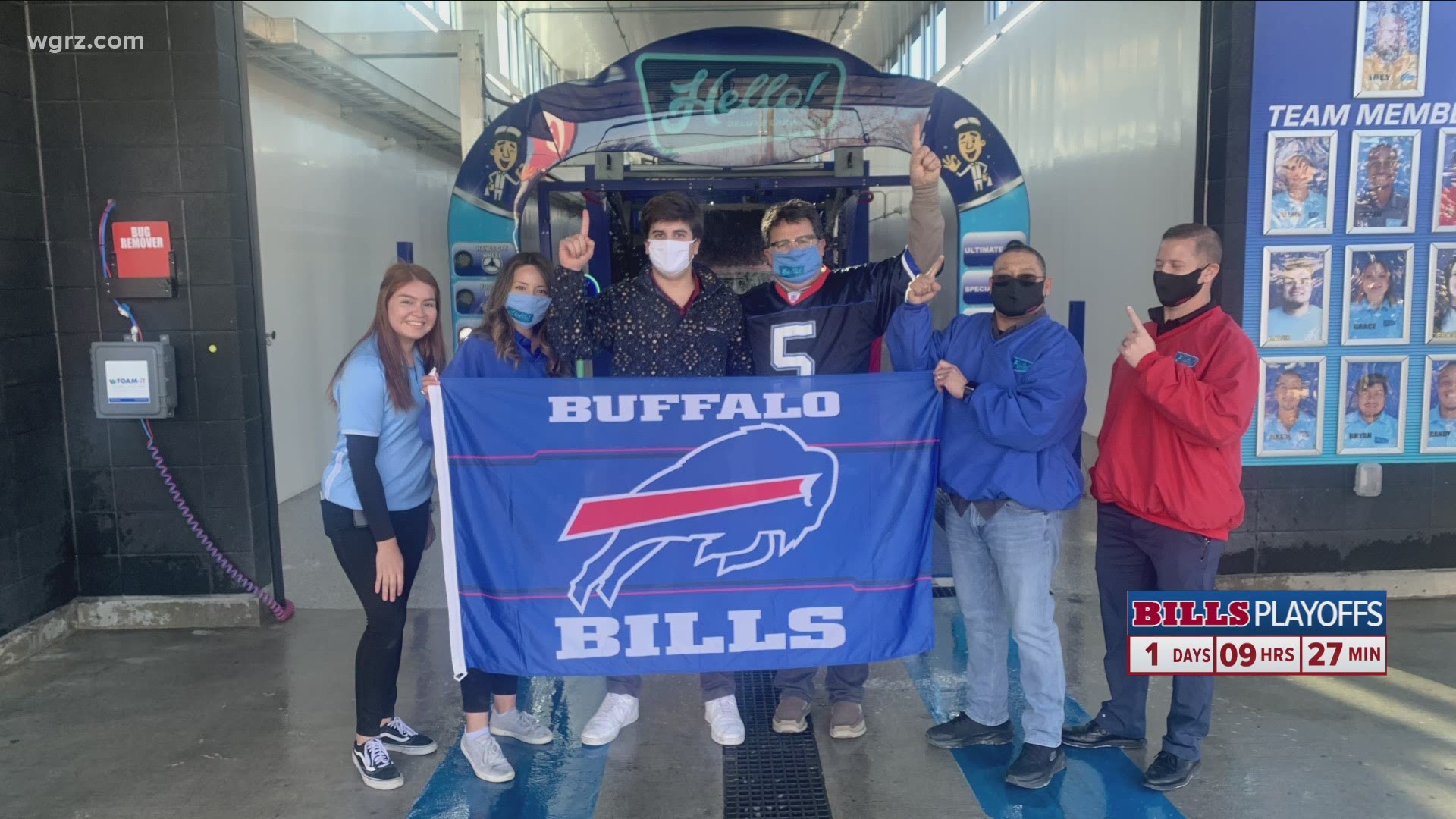 BUFFALO, N.Y. — A Western New York business owner is now living in Texas and has a new incentive for Bills fans in the Dallas Area.

Frank Nuchereno owns a franchise of car washes and he's offering fans a 100% discount.  All they need to do is wear their Buffalo Bills gear.

Nuchereno's family-owned restaurants in Western New York and during the 1960s, when the Buffalo Bills were in the AFL and played in Memorial Stadium, the restaurant had 600 season tickets.  "We would take buses to the game, 15 to 22 buses to various games," Nuchereno said.

Now Frank and his family own a franchise of Hello Car Washes - 3 in the Dallas area and 1 in Denver, Colorado - and all of them are running the Buffalo Bills fan promotion.

Fans are invited to "wash-gate" before the game Saturday and they offer free washes to anyone that shows up in their Buffalo gear. Nuchereno says this is the second week they are running the promotion after getting a good response last week.

The promotion lasts as long as the Buffalo Bills season does.