Buffalo's favorite beer vendor 'Conehead' back to doing what he loves

Buffalo's favorite beer vendor "Conehead" is back to doing what he loves to do. This time for a major league team in Buffalo. 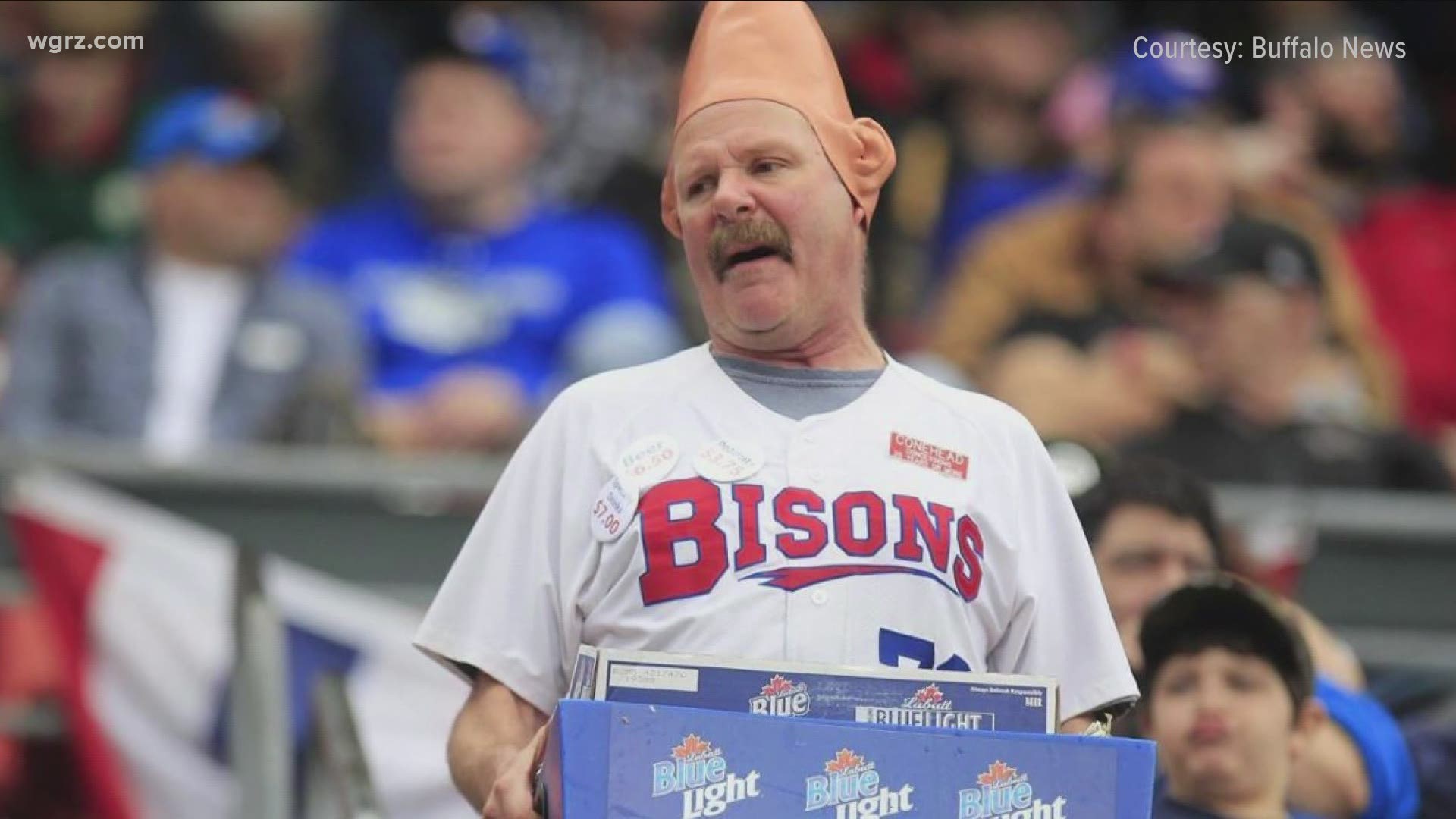 BUFFALO, N.Y. — Buffalo's all time favorite beer vendor "Conehead" is back where he belongs at Sahlen Field selling ice cold beer to the fans who love him.

Tonawanda's Tom Girot is affectionately known as Conehead around Western New York. When Girot's wife Nancy bought the silly plastic costume, made popular by Saturday Night Live back in 1977, a legend in Buffalo was born as well.

"I was upset she spent money on something so dumb, so I wore it to the Bills game that Sunday and it worked, one thing lead to another and I got my own pair," Girot said.

Girot has been vending since he was only 17-years-old, it's his passion, so the past year and a half dealing with the pandemic has been extremely difficult for him.

"I just had a horrible year of misery, watched too much Family Feud, so I'm looking forward to work and seeing everyone," he said. "That's my element, when I'm vending."

He's no doubt a busy man, he works the Bisons, Sabres, Bills, even Amerks games. He readily admits he loves being with the fans.

And yes, he not only sells beer, he loves beer, "The joke is if I'm not selling it, I'm usually drinking it. Beer is one of my favorite things."

Buffalo sports fans know and love Conehead, he's a local celebrity. Even during our interview a fan had to sneak up on Girot and rub his cone. And even with Conehead bobbleheads and an IPA with his image on it, the one thing everyone knows and will never forget is the Conehead guarantee.

"When you buy from me, you get the Conehead guarantee, get a warm beer from me, you drink it for free," Girot said.

Girot  told us on a warm day he gets quite the workout in and can lose up to seven pounds running around the stadium. And for those of you asking, he has no plans to retire. Girot hopes to work at least another dozen years.