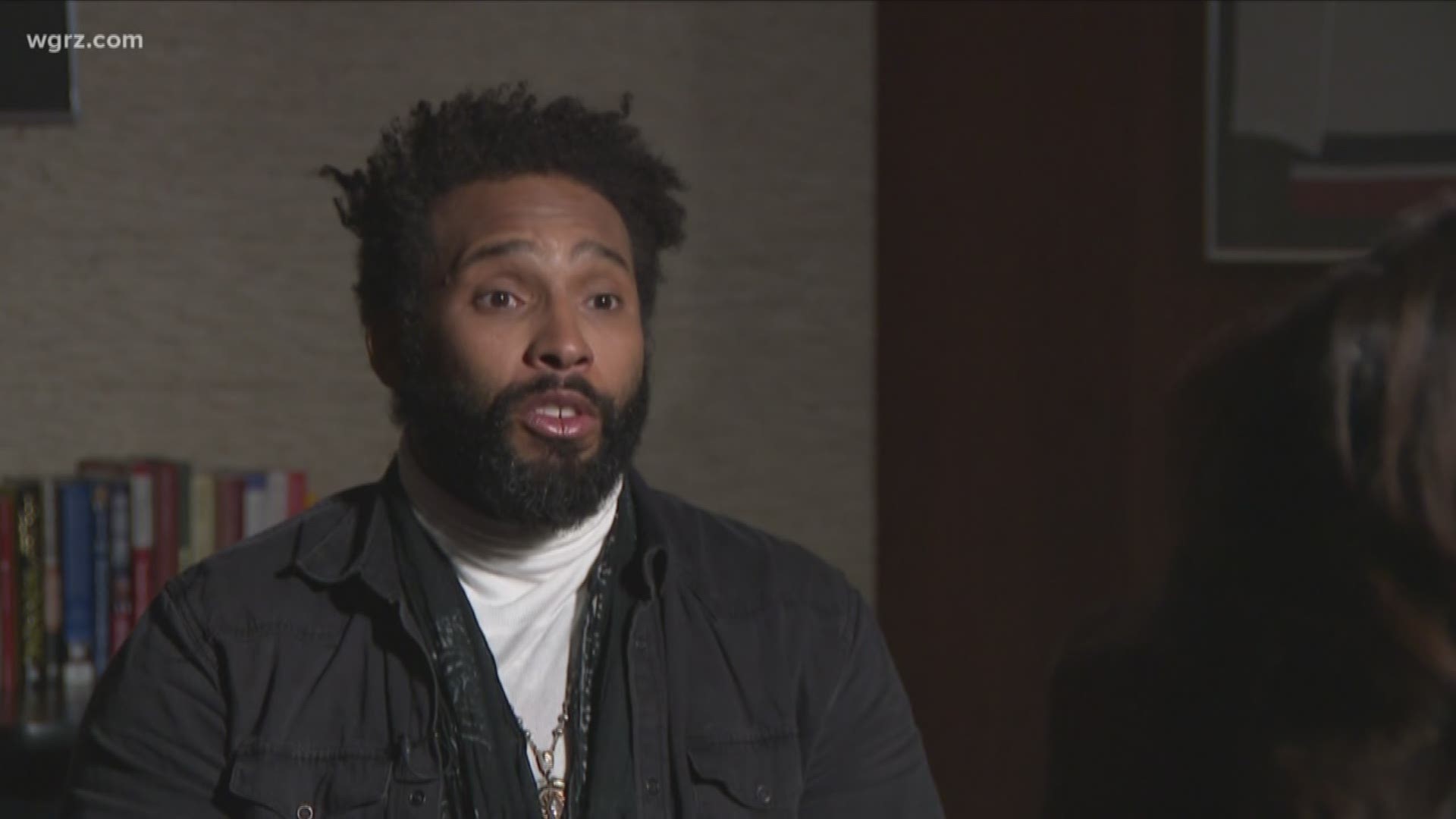 BUFFALO, N.Y. — Actor, director and writer Addison Henderson grew up in a home that is now The Nash House Museum. He is back in Buffalo to shoot a film called, "G.O.D.," which stands for, "Givers of Death".

It's an apocalyptic film with a title that leaves a lot question marks, but Henderson said "I know that sounds grim, but there is a lot of hope in this story. This story revolves around this hit-man and his quest for peace during this apocalyptic time."

Henderson now lives in California. He's worked with some top names in Hollywood including Chadwick Boseman who played in the movies Black Panther and Marshall, which was filmed in Buffalo. During the filming of Black Panther, Henderson said he was Boseman's trainer and adviser.

Henderson is excited to be back in his hometown, saying the architecture is perfect for his new film and "being that it's Black History month, that is another reason why I love my city so much. I want to come back here and shoot all the time."

His father is Bishop William Henderson of The Michigan Street Baptist Church. "He looks like a little Jewish Rabbi, but people come from China and all across the country to hear him talk about slavery and how slaves used to hide in the church before they were freed and going over to Canada."

Henderson is looking for additional actors for the movie. For more information contact the G.O.D. casting director info@frankrossi.com