To seal their relationship on the biggest night of their lives, Matt and Dawn had one song request they needed to hear, and Charles Glenn did not disappoint. 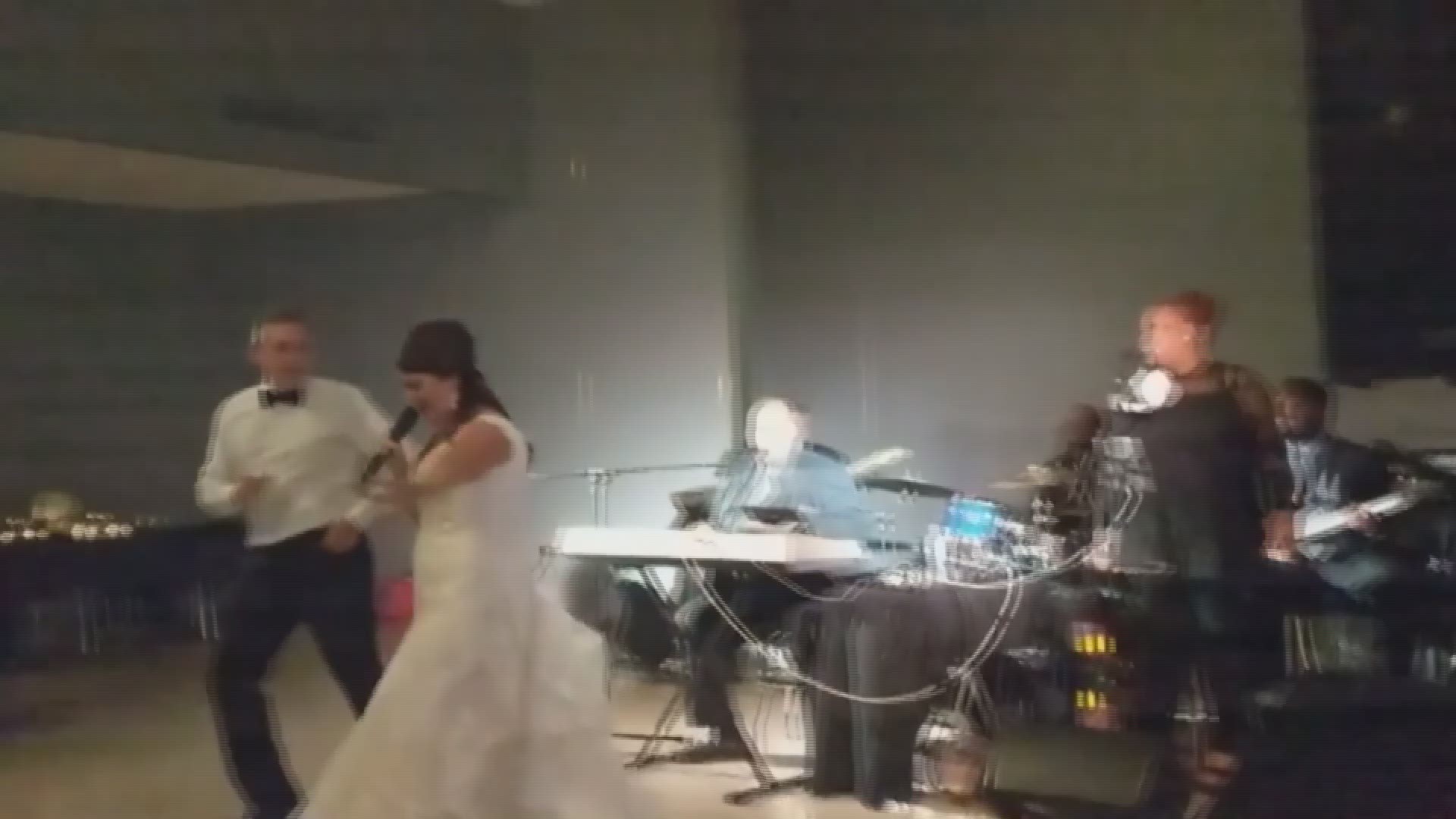 ST. LOUIS — While all of St. Louis is cranking up Laura Branigan’s ‘Gloria,’ one couple got a very special singer to belt out the Blues’ victory song—the team’s national anthem singer, Charles Glenn.

Matt and Dawn Lovelace met at a Blues game in 2017 after a series of unexpected events. They sat by each other and by the end of the game Matt asked Dawn out on a date.

Fast forward to this February, the couple knew they needed to have Charles Glenn and his band performance at their wedding reception.

“Matt and I actually booked him back in February before he announced his retirement. And then… it became so much more special,” Dawn told 5 On Your Side.

RELATED: Follow our Blues Plus Podcast throughout the Stanley Cup Final

“Fate has really been a big part of our relationship,” Dawn said.

So, to seal their relationship on the biggest night of their lives, Matt and Dawn had one song request they needed to hear, and Charles Glenn did not disappoint.

Glenn got behind the keyboard and belted out ‘Gloria’ with the bride, groom and all the Blues fans in attendance.

Watch the full video of the performance below.