Local artists Ashley Kay and Tyshaun Tyson created the work as a way to mark current protests for racial equality. 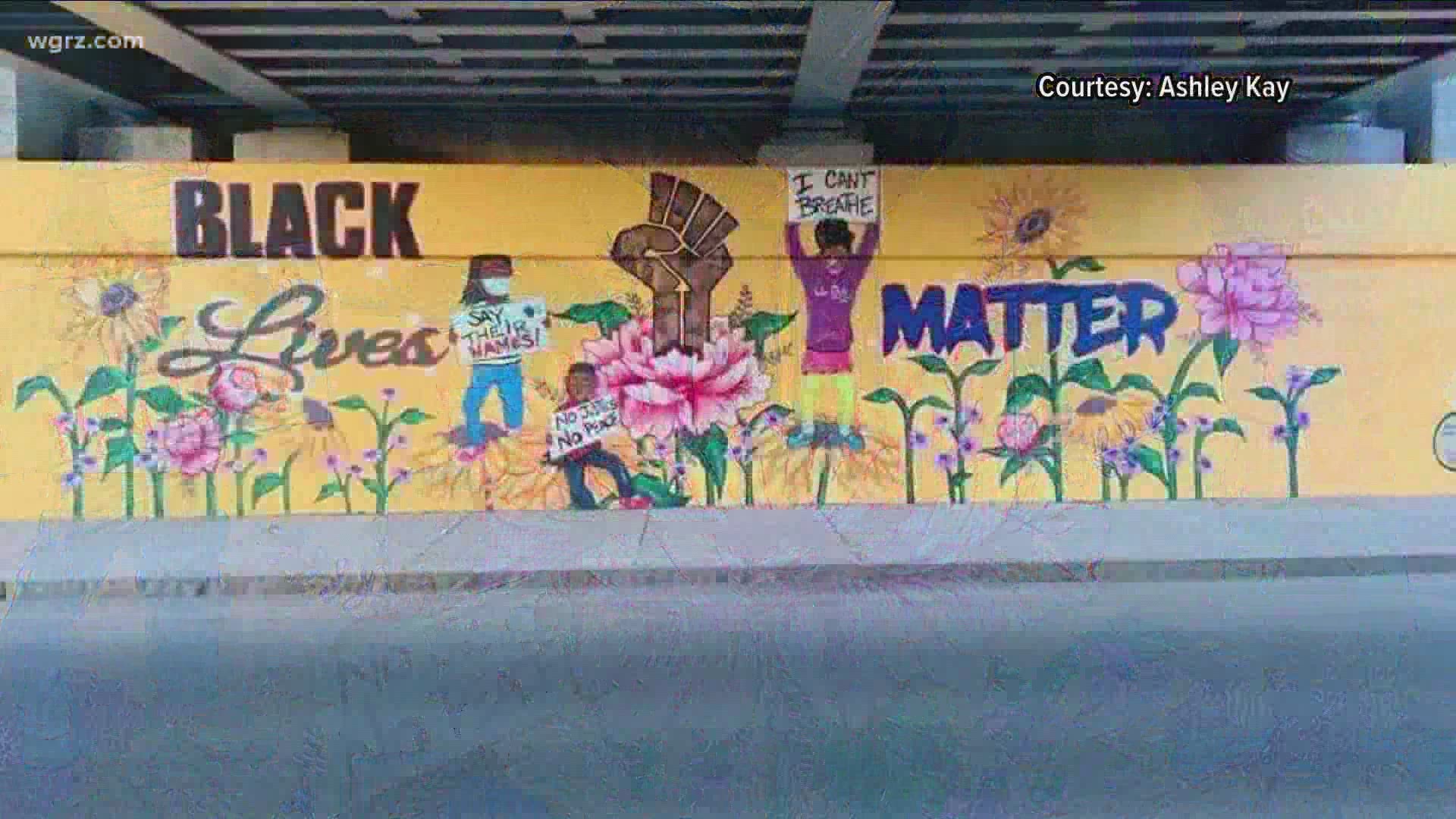 NIAGARA FALLS, N.Y. — A new mural in the Niagara Falls Underground Railroad Heritage Area is paying tribute to the Black Lives Matter Protests that have been happening continuously since the death of George Floyd in Minneapolis.

The idea was born after organizers of the Heritage Museum's mural project saw 'Black Lives Matter' written in chalk on one of the concrete panels near the other murals.

"Someone had wrote on the wall, 'Black Lives Matter,, and rather than taking away from the actual writing, we wanted to add to that," Tyshaun Tyson told 2 On Your Side's Karys Belger.

Tyson is an artist located in Buffalo who has created artwork on display across the city. He had already been affiliated with the mural project when he was asked to create something.

"That was a blank wall in front of two other murals from last year's project. So with that being a big empty canvas, we decided to extend that message," he said.

Tyson worked with fellow artist Ashley Kay to create the work. The project is part of a larger initiative by the heritage center to showcase local artists. Both Kay and Tyson have other works on display, but this 57-foot-long is their first time creating something together.

"Me and Tyshaun kind of both kind of drew out designs that we thought would kind of work with our styles and stuff like that, and then together we showed each other what we were thinking," Kay told 2 On Your Side. 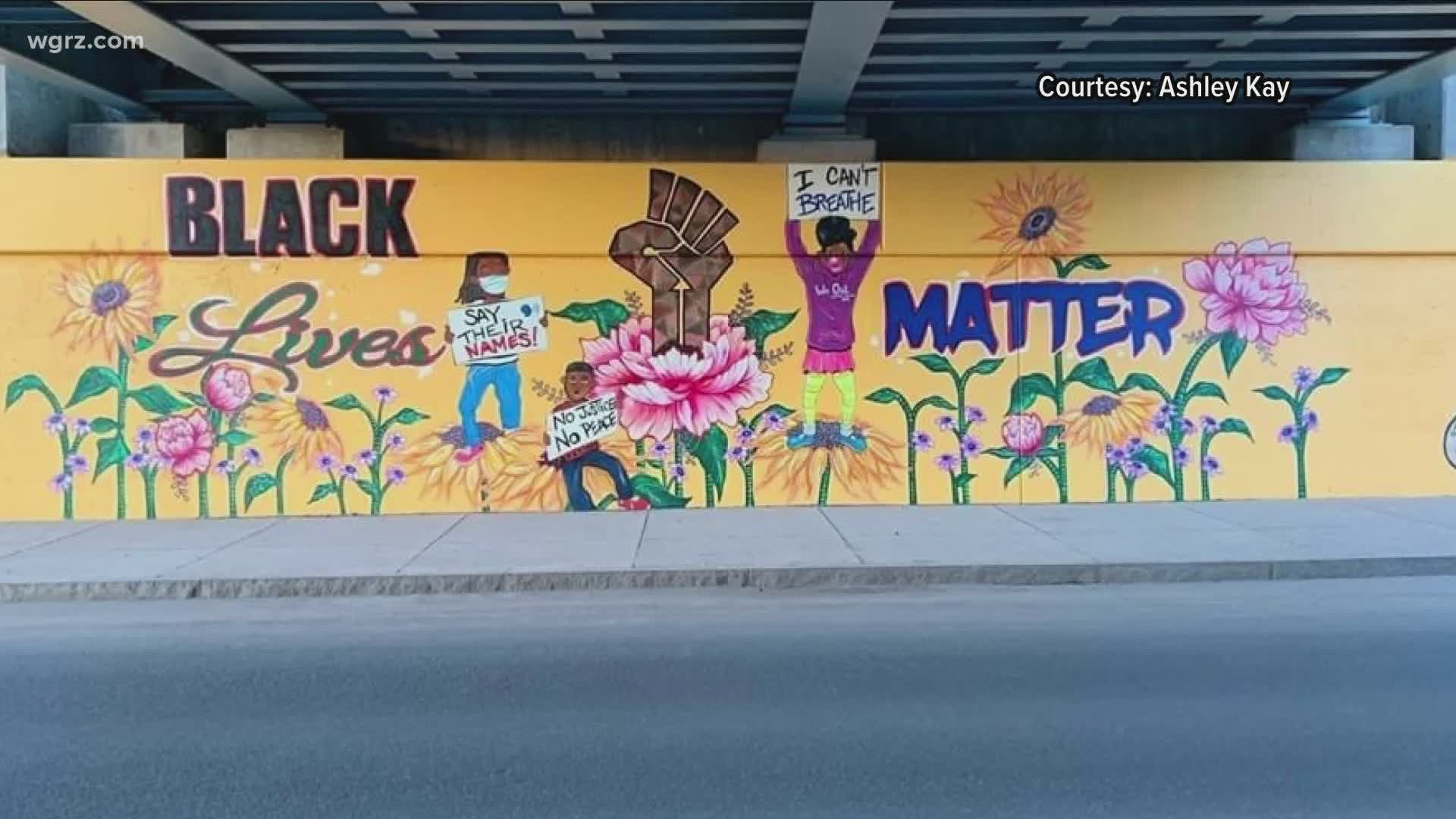 The mural features the Black Power fist springing from a pink blossom. Around the centerpiece are smaller daisies and sunflowers with children standing on top. The children wear masks across their faces and hold signs that read things such as "say their names" and "no justice no peace."

Kay and Tyson tell 2 On Your Side the mural is about more than showcasing their talent. It's an opportunity to speak to current events.

" 'They tried to bury us, they didn't know we were seeds.' That's like one of my favorite quotes aside from 'Black Lives Matter,' and I felt like that kind of resonates with what's going on right now," Kay said.

Tyson drew on his personal experience to create the lettering, which spells out "Black Lives Matter" in addition to the drawings of the protesting children.

"As a black man, growing up black, raised by black parents, I've been subjected to many different things when it comes to racism." he said.

The Niagara Falls Underground Railroad Heritage Museum is looking for more artists to help paint the other empty sections for the mural project.

Ashley Kay and Tyshaun Tyson's other artworks can be seen in the WGRZ Complete Guide 2 Public Art.