10-year-old Joey Miller gave the hat to his friend, 11-year-old Landon Armbruster because he says his friend idolizes Allen. 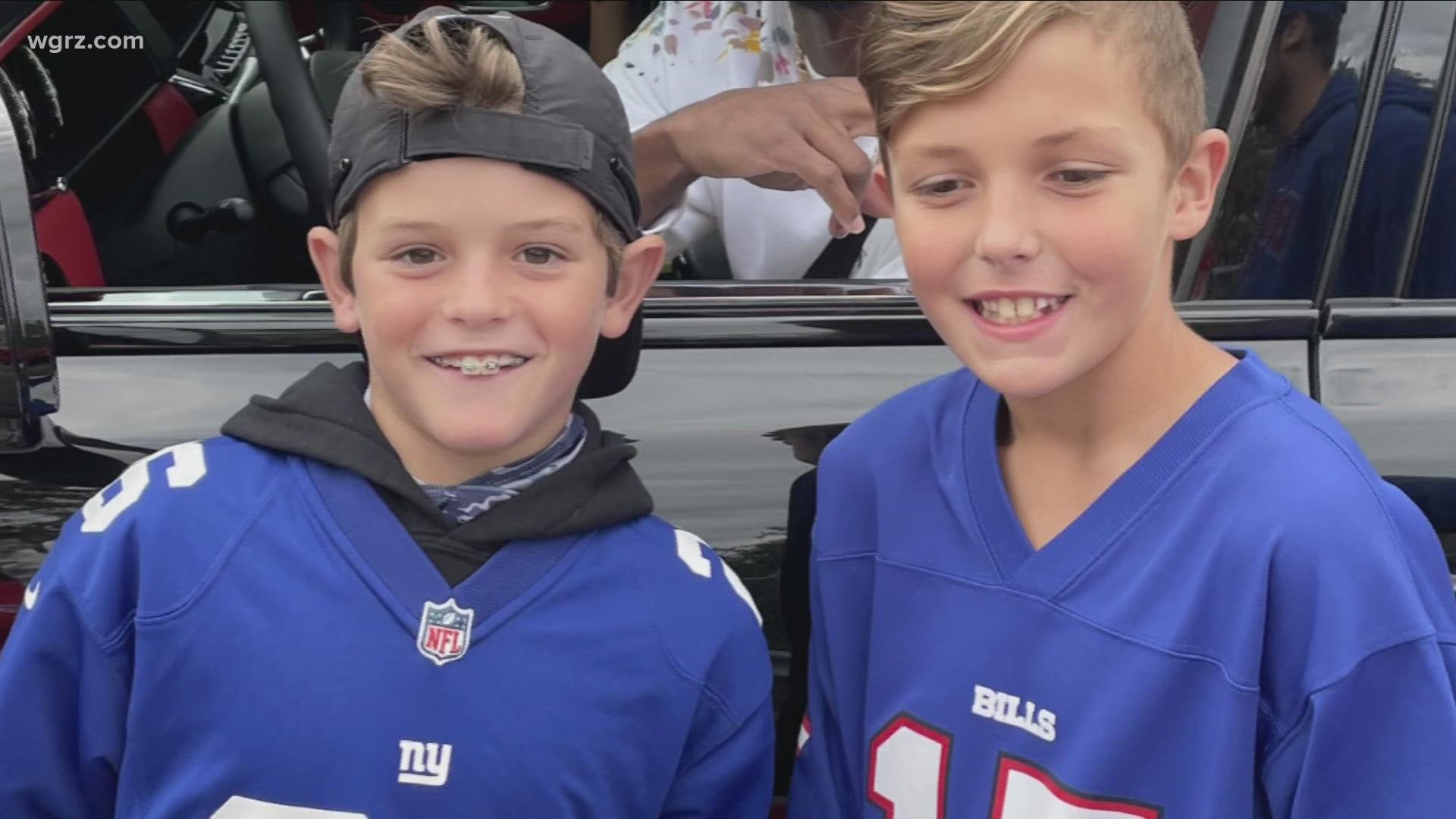 ORCHARD PARK, N.Y. — 10-year-old Joey Miller and 11-year-old Landon Armbruster met each other about a month ago, while starting their season on a little league football team in Jersey Shore, Pennsylvania.

From the first time Miller passed the ball to Armbruster, they became the best of friends.

It's why they, along with their friend Abram, went to Miller's first Bills and NFL game together on Sunday.

It wasn't even making it on the big screen or the Bills' incredible win against Washington that was the highlight of their trip to Buffalo.

Instead, it was what happened after the game.

The boys waited in a parking lot outside the stadium for the players who gave them plenty of swag and took a lot photos with them.

The last player to come by was Buffalo Bills quarterback Josh Allen.

"He was hyperventilating with excitement. It was kind of fun to watch, but then when Josh Allen passed him, he flipped his hat out to Joey and Joey instantly went and gave it to Landon," said Armbruster's dad Justin.

Miller didn't hesitate because he needed to give the gift to Allen's biggest fan.

Joey Miller & Landon Armbruster went to the Bills game on Sunday. @JoshAllenQB later gave Joey his hat, who instantly gave it to the QB's biggest fan, Landon. What it meant to them & more on their friendship on @WGRZ at 4:30 & 6 #BillsMafia #Bills @JSAMSROCKS pic.twitter.com/1JNrifWUDu

"He was just his role model and the person who if he does something, Landon wants to try to do it," Miller said.

"It felt great. Going from seeing Josh Allen give the hat to somebody else and then getting it, it was awesome. It felt really cool because he's my favorite player and it's just cool to have his hat," Armbruster said.

Not only did the boys' parents think it was a sweet gesture but so did the internet, the video quickly going viral.

"It was a pretty cool moment to see as a dad," Justin Armbruster said.

"He made me cry and then reading all the nice comments on the internet made me cry even more about 100 times yesterday so I'm just really proud of him. Must be doing something right," said Miller's mom Kara.

When it comes to the two friends and teammates they've got a lot in common with some of the Bills players.

"They kind of seem like a mini Josh Allen and Stefon Diggs," 2 On Your Side's Danielle Church said to Justin Armbruster.

"Yeah, not quite the arm talent yet. We're still working on that but they definitely have fun like those two," Justin Armbruster said.

It's the reason Miller and Armbruster became friends, but it's the moments they show each other how much they care that'll make their friendship last a lifetime.