The SPCA Serving Erie County put both of them up for adoption in 2013, and both of them were gone within a half hour of each other. 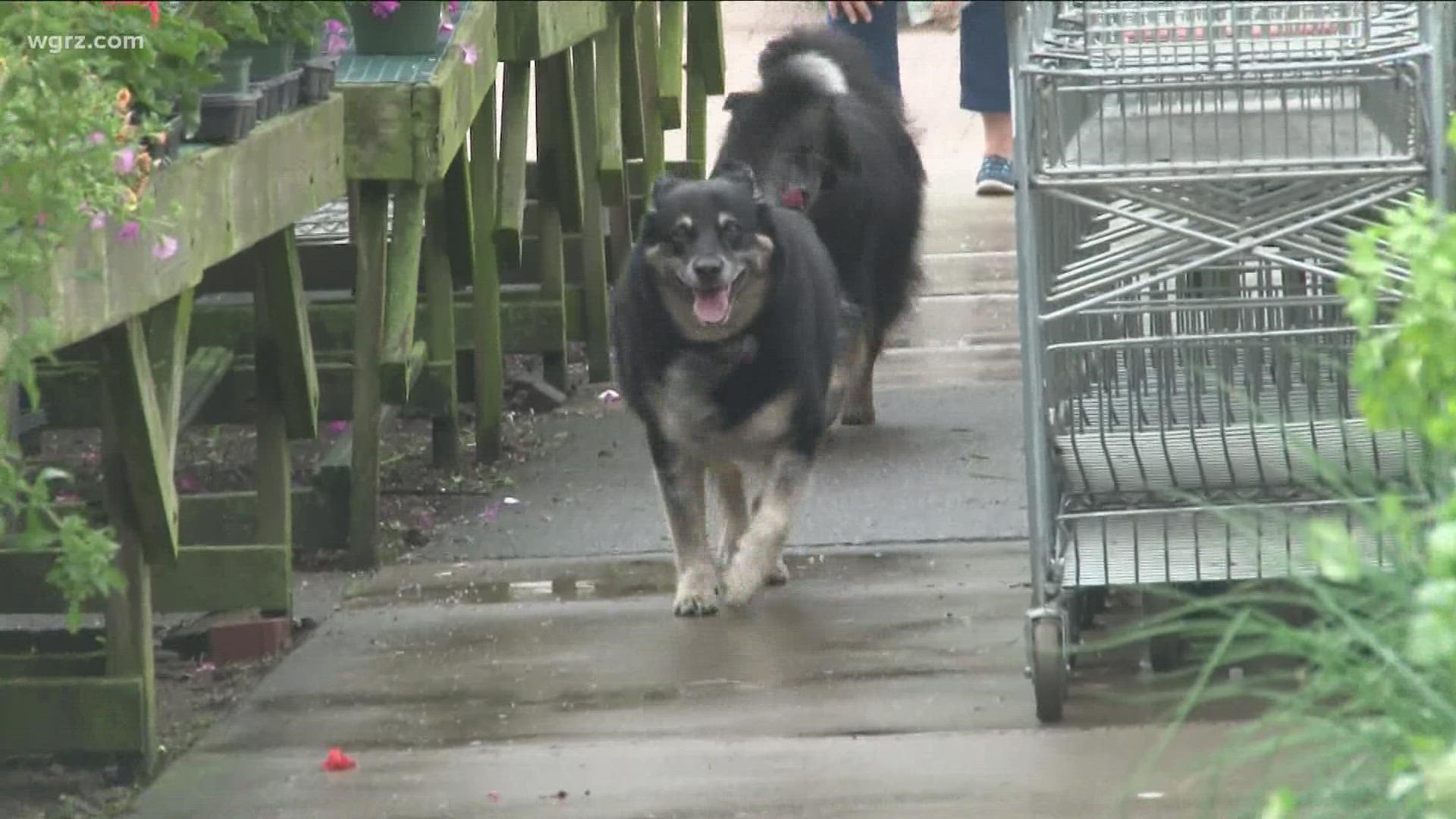 "This particular transport came from an overcrowded city shelter in Kentucky," said Gina Lattuca, with the SPCA.

Randy was adopted at 12:38 in the afternoon.

His brother Travis was adopted at 1:01.

Fast forward to 2021 and we end up at Mischeler's Florist & Greenhouses in Williamsville, where 8-year-old Foster is attached to Mark Yadon's side.

"He comes to work every morning usually for about two or three hours," Yadon said. "He greets customers and follows me around."

In May, Foster took an interest in one particular customer, Patrick Baird of Tonawanda, who was persuaded by a perennial sale ad in the paper.

"He would never walk away and I kept looking at him and went over to apologize to Patrick," Yadon said. "I said I'm sorry, I don't know why he's doing that and he said oh yeah, he's just like my dog."

Eventually the two started chatting about the day they adopted their dogs.

"I said well do you remember the name of the dogs when they were at the SPCA? and he said yeah, Randy and Travis. That was it because I knew it was Randy and Travis," Yadon said.

All it took was Foster's nose to help them realize it.

Since Baird didn't have Travis, now Luke, with him, he decided to bring the pup to the store to meet his long lost brother a week later.

It was as if they never separated.

"They hit it right off," Baird said.

"Foster gives it a lot but he can't take much so that's his problem. Yeah, yeah, just like normal brothers," Yadon said.

When Baird and Yadon told the SPCA, it was definitely a first.

"In 31 years, I've never heard anything like this particular story," Lattuca said.

Life is full of them, but some things are just meant to be.