Professional Wrestler Glenn Jacobs is looking to throw his hat into a new type of arena: the political one. 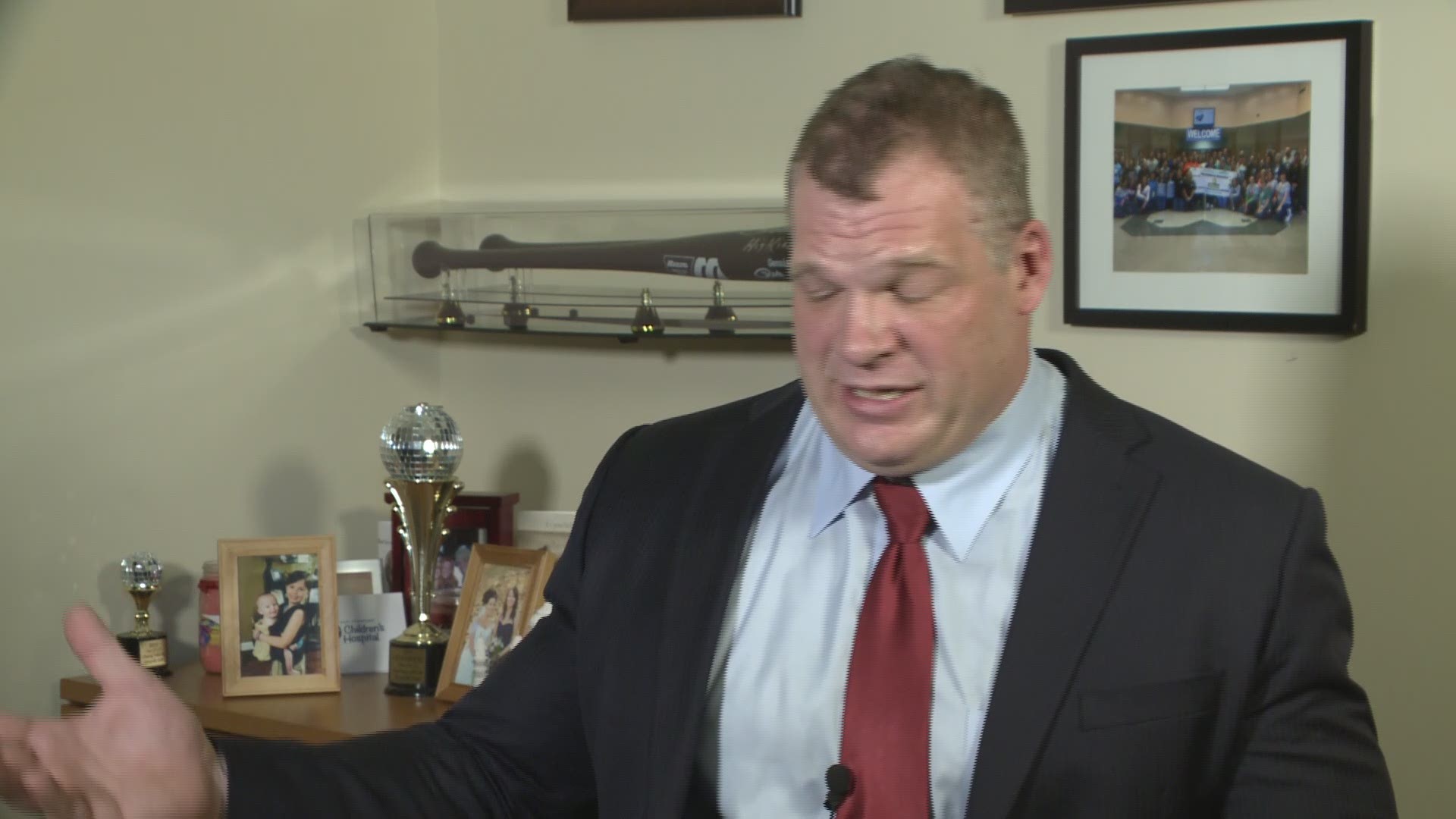 Professional Wrestler Glenn Jacobs is looking to throw his hat into a new type of arena: the political one.

Jacobs, who wrestlers under the handle “Kane,” said he is "seriously considering" a run as a Republican for the Knox County mayoral seat in 2018, but will make a final decision after the upcoming presidential election toward the end of the year.

In the meantime, he's met with a number of people in the community, including Knox County Mayor Tim Burchett, to talk governmental shop.

“Yes, I’ve talked about it with some folks but there’s nothing too solid yet,” he told WBIR 10News. “Mayor Burchett’s term is coming up and I think he’s been really good for Knox County.”

Jacobs added: "I think the most important thing is I care very deeply about this community, like a lot of people do. And that’s the only reason I would consider getting into any sort of government because I do care very deeply. And I think it’s incumbent upon people who care about the communities to try to make a difference."

He’s also an actor, having starred in the horror films “See No Evil” and its sequel.

And, the former WWE Champion, owns Jacob Insurance Associates, an insurance brokerage in the Halls community.

Jacobs, 49, and his wife, Crystal, were married in August 1995 and have two children.

They have lived in East Tennessee since 1995, and moved to Knoxville three years ago.

Kane, a WWE superstar, has been fighting in the wrestling arenas for 25 years. Now, he&#39;s looking at a new type of ring: the political one.

As a potential mayoral candidate, Jacobs said he would bring “an outside fresh perspective” to the seat. As a small business owner, he’s aware of budgets “and the fact that government needs to live within its means.”

Jacobs said he would work to keep county taxes low.

“What I’ve seen in Knox County the past several years is that taxes have remained low because it’s a great place to live,” he said. “People move here and that helps expands the tax base.”

“My political philosophy is the ‘smaller the better," he said. "Government should stay out of the way and let free enterprise do what it does best."

Jacobs also noted that his lack of political experience shouldn't be a factor.

"I think at this point, the fact that someone doesn’t have a lot of political experience is a plus," he said. "We’re seeing that in the presidential election. People are tired of business as usual, they’re tired of politicians."

For example, early last year he participated in the local “Dancing with the Stars” event where he met with young patients in area hospitals, took pictures and signed autographs.

He also works on anti-bullying educational campaigns through the Kindness Revolution, a non-profit initiative geared to “raise the awareness of kindness in our communities and schools,” according to the organization’s Facebook page.

There were rumors in mid-2013 that the Tea Party met with Jacobs, hoping he would run against Republican and incumbent U.S. Sen. Lamar Alexander. He didn’t.

Burchett, who is term-limited, is currently serving his second term as county mayor.

There also are rumors that county Commissioner Brad Anders and state GOP Chairman Ryan Haynes are interested in the job.