'We've been looking for a creative outlet to get the students back together get them performing again, but we never thought it would be on Zoom.' 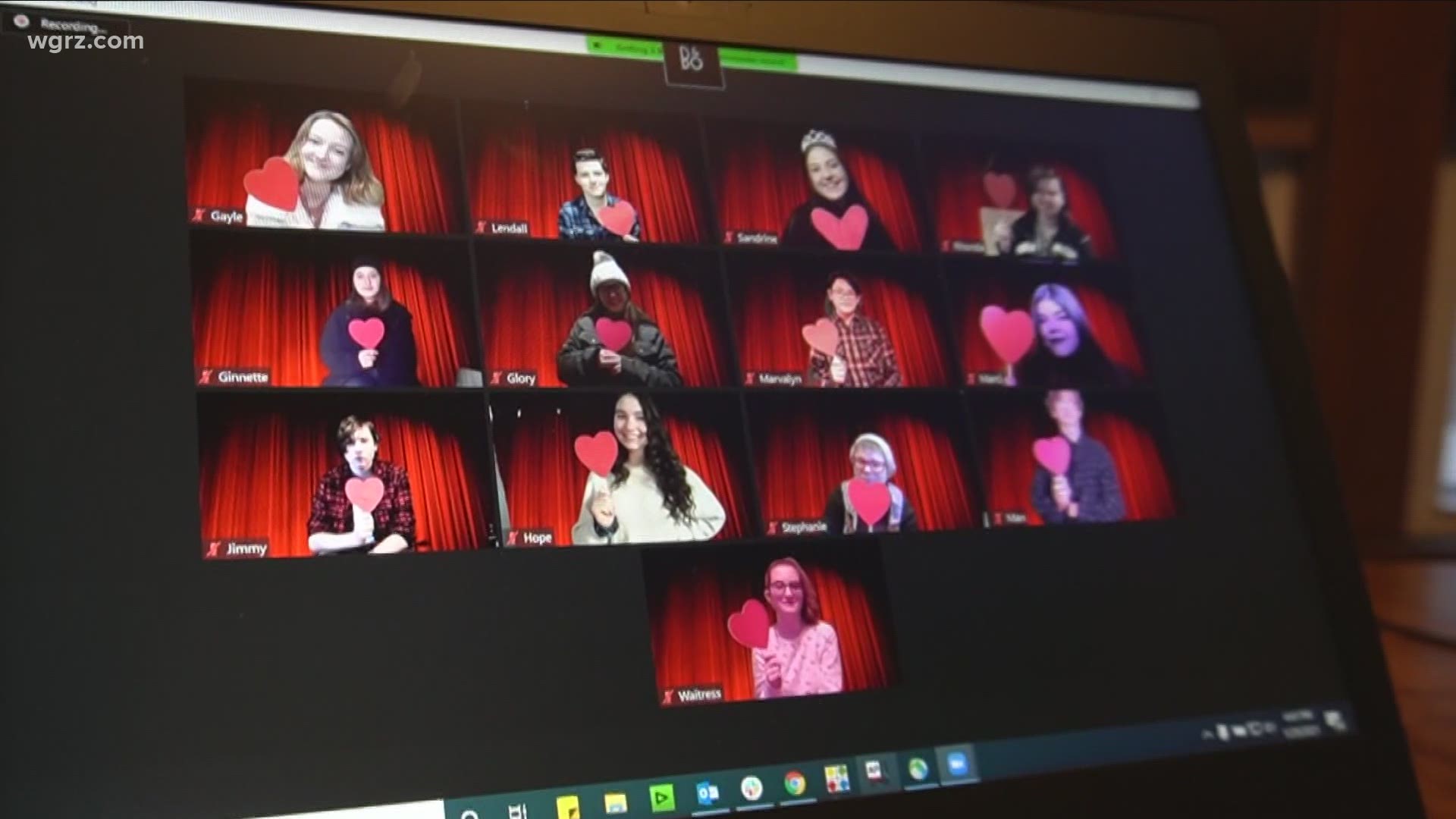 TONAWANDA, N.Y. — A production unlike any other put on by the Tonawanda Middle/High School Theatre Department is bringing the magic of "Almost, Maine" into the homes of Western New York.

After their prior play was canceled last spring, the coronavirus pandemic wasn't about to stop the cast and crew again.

As the saying goes, the show must go on.

"We've been looking for a creative outlet to get the students back together get them performing again, but we never thought it would be on Zoom," play producer Daniel Lynch said.

Despite no training with virtual productions and limited direction early on, the troupe of students led by Lynch and director Kyle Leblanc took theatre and turned it on its head.

With the students, and the occasional cat and dog, set up in their bedrooms and basements, the cast didn't just become actors but managed every aspect of production from lighting to daily rehearsals.

"It's really enlightening to just have to do all that work and feel grateful for all that you're doing," senior Henry Caso said.

The show was handpicked to fit the circumstances explained Lynch. "Almost, Maine" is a play about love and loss and is told in a series of vignettes or short scenes between two or three characters.

"That way we avoid groupings of 10 or 12 students all talking, which could be difficult to maneuver over Zoom," said Lynch.

Tickets are on sale for the online productions happening this Friday and Saturday at 7 p.m. The cost is $6 for an individual Zoom link or $10 for a group. Each show will be performed live, no matter the technical difficulties.

Both Maxwell and Caso also believe these types of productions won't be going away anytime soon.

The magic of theatre, only in a different medium.