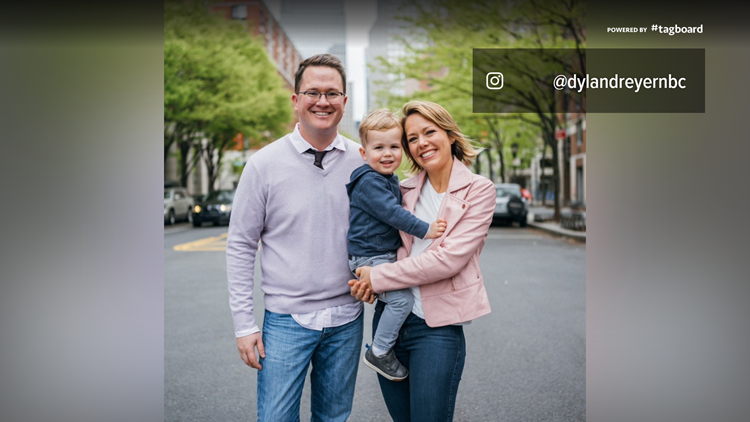 ST. LOUIS - TODAY’s Dylan Dreyer announced she and her husband Brian Fichera are expecting their second child together.

Dreyer showed a video of her son Calvin holding an ultrasound of the baby on TODAY Wednesday morning.

“It’s been an emotional journey, I’ve opened up about my infertility, my secondary infertility and just surgeries I’ve had to have and the day I was going to start my IVF – I had all of my medicines, I brought it down to the Kentucky Derby with me and the doctor called and said ‘don’t take anything, you’re pregnant!’” Dreyer said on the TODAY show.

In April, Dreyer and her husband shared their fertility struggles and miscarriage on TODAY. Secondary infertility is when you experience infertility after having had at least one child.

The baby is due in January 2020. Dreyer also announced the gender in the third hour of TODAY. Their son Calvin and her husband joined her on the show. Calvin came out in a blue toy Jeep with blue balloons.

5 On Your Side’s Anne Allred has been friends with Dreyer for over 13 years. During the Stanley Cup, the two had a bet between their two teams.

The two worked today at WHDH in Boston – Dreyer was the meteorologist and Allred was the morning anchor. They were both in each other’s weddings and they try to take a trip together every year.