Not your Normal Bicycle

A bicycle made of wood? It's not as crazy as you'd think, and a company in Buffalo is building them. 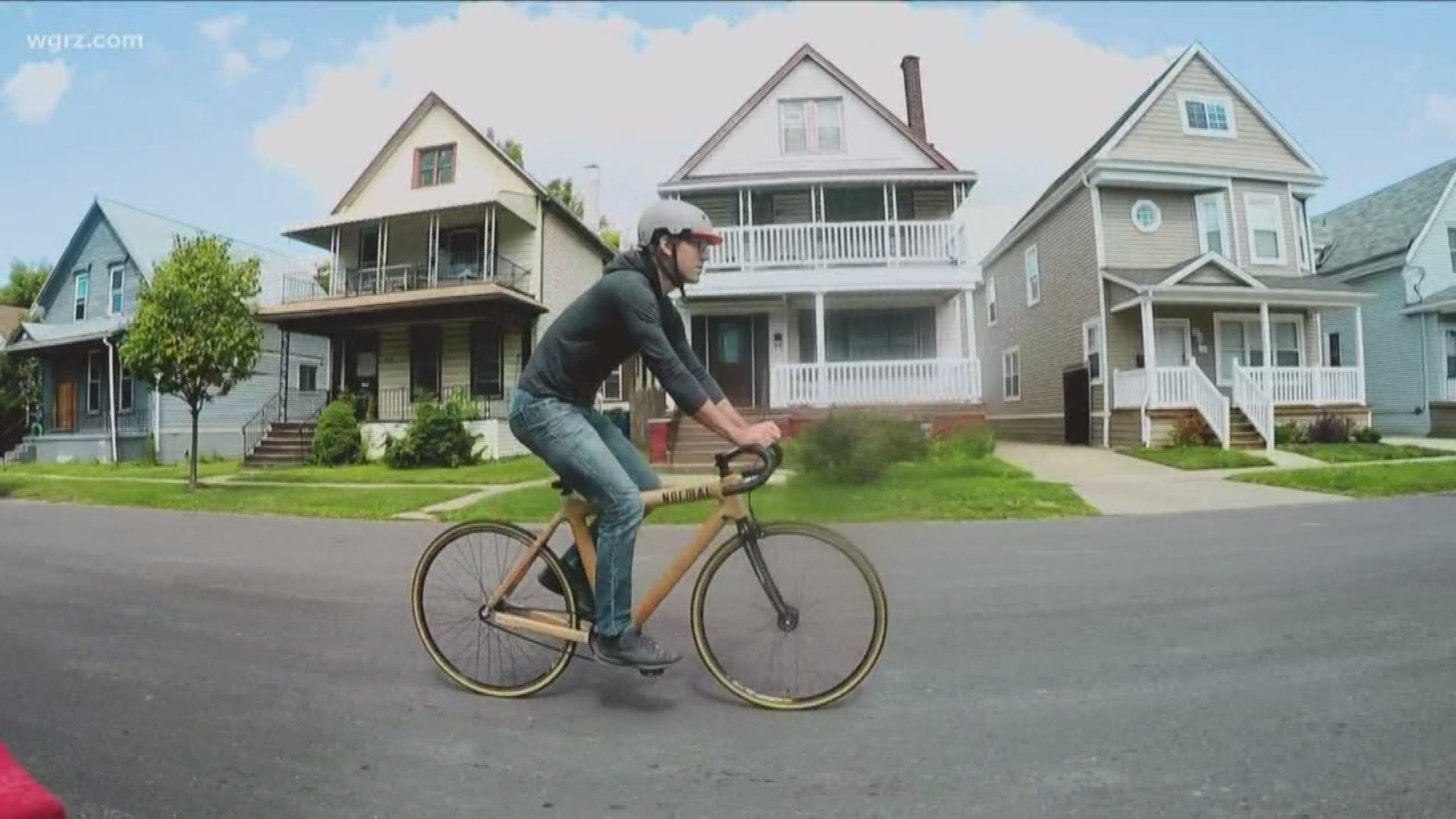 A house was built on Normal Avenue in Buffalo in 1879. More on that later.

Buffalo and the bicycle share a rich history. It was 1891 when the George N. Pierce Company introduced its first bicycle catalog.

By the late 1890s, a hungry public was eager for a mass-produced bicycle that was safe, fashionable and affordable.

Fast forward a hundred and three years to that house on Normal Ave. It was there where engineer Chris Kudla built his first bicycle.

"The simple answer is that when I first started, it was out of our basement and dining room of our house on Normal Avenue, over on the west side of Buffalo. For lack of a better name, I guess." Chris said. "But, when we started talking about using that as the name, it really fit because everything about the design of the bike is geared toward making it just like a normal bike. So, you can just take it to a bike shop to have it worked on, you can ride it in the rain. It's the use of it is just like a normal bike."

The emphasis on normal is intentional because, in truth, the bike is anything but normal.

Kudla makes his custom bicycles from wood, maple to be exact, if you're a wood aficionado.

One would think a wooden bicycle would be a calamity from the get-go, but Kudla explained that it's more durable than you'd think.

"The wood absorbs shock more efficiently and distributes impact throughout the frame better than metal," he said.

A custom Normal Bicycle takes three to four weeks to complete, and with a price tag of $3,200 for the entry-level Urban Scout model, the bikes are targeted at serious bicycle enthusiasts. 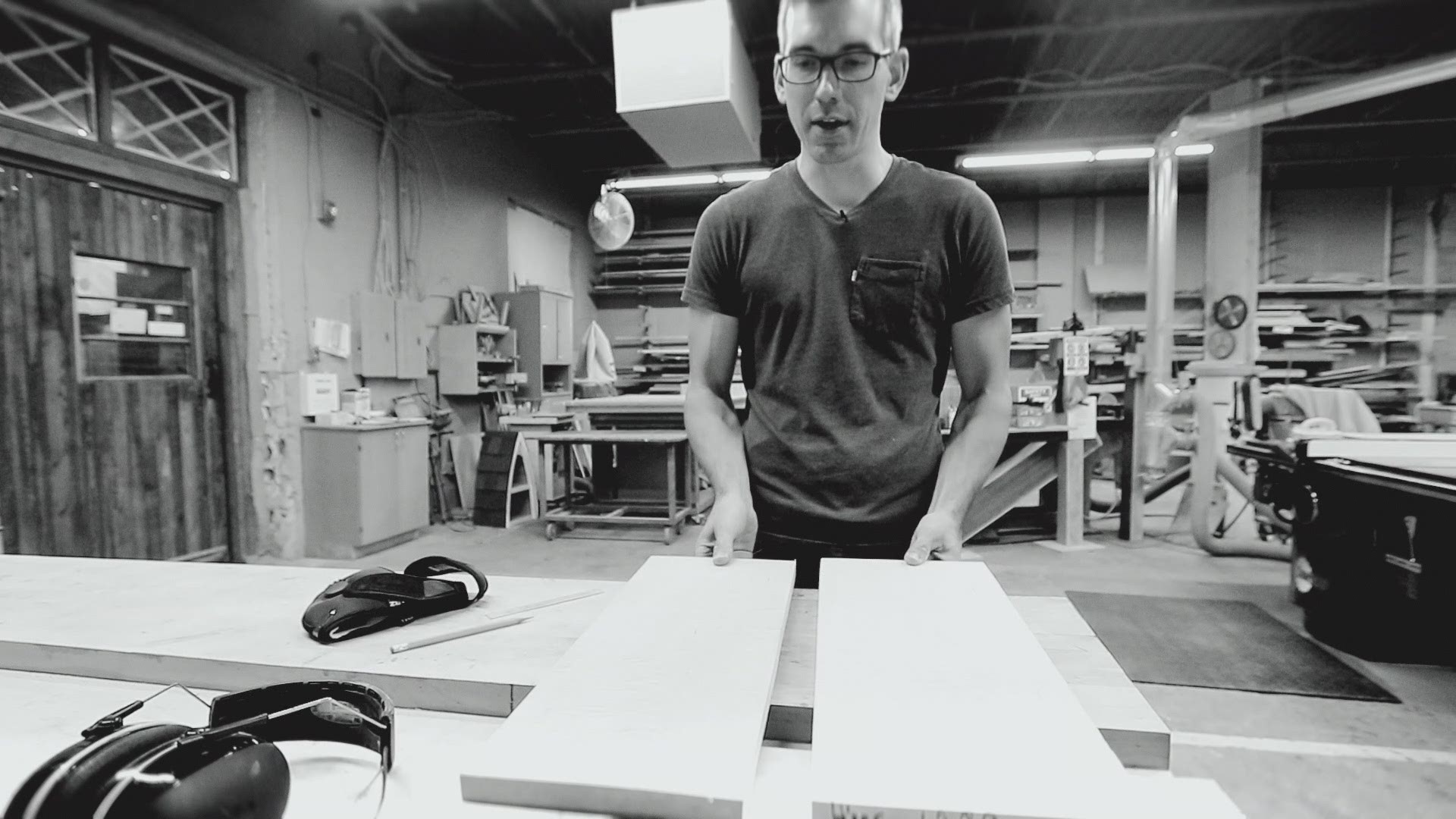 "Most people have a specific bike for different uses. They'll have their carbon fiber road bike, their full-suspension mountain bike, and they'll buy the wooden bike," Kudla said. "Usually it's a commuter bike, or to ride around town."

The bike is actually hollow. A CNC machine cuts sections of the bike out and then they're assembled together with glue and epoxy. The design is nothing short of incredible, but not unexpected from a mechanical engineer.

"The majority of the process leans more on the engineering side of things than the woodworking side to keep it very repeatable," Kudla explained. "The frames that we're building now are exactly the same as the frame that was sent out to the test lab and like met all the engineering standards."

Kudla gave up his day job as a project manager and engineer in 2017 to pursue Normal Bicycles full time.

"I can honestly say I don't think I would have jumped into it without the support of my wife," Kudla said while working in his shop. "It's such a simple thing, but it is really scary to just go for it like that."

Credit: Nathan Benson, WGRZ
Chris Kudla attaches a decale to the frame of a wooden bicycle he's making at the shop of Normal Bicycles.

Kudla designed products for large corporations, and with that think-tank design workflow, a lot of checks and balances are required to get a seemingly simple part pushed through the design process.

“It's a known thing, the design process, and then you're comfortable with it when it goes to production,” Kudla said. “You feel good about it because you've gone through all these different checks along the way.”

But working on your own has its advantages and disadvantages.

“When you're the only one looking at every step of the design, then it's a lot more nerve-wracking,” Kudla joked.

Normal Bicycles moved into The Foundry, a maker-space on Northampton Street, about two years ago. As the business grows, the company is transitioning into making bike kits that users can assemble themselves. For around half the price of the fully customized bike, enthusiasts and curious minds can have a kit shipped to their house and build their own wooden bike. 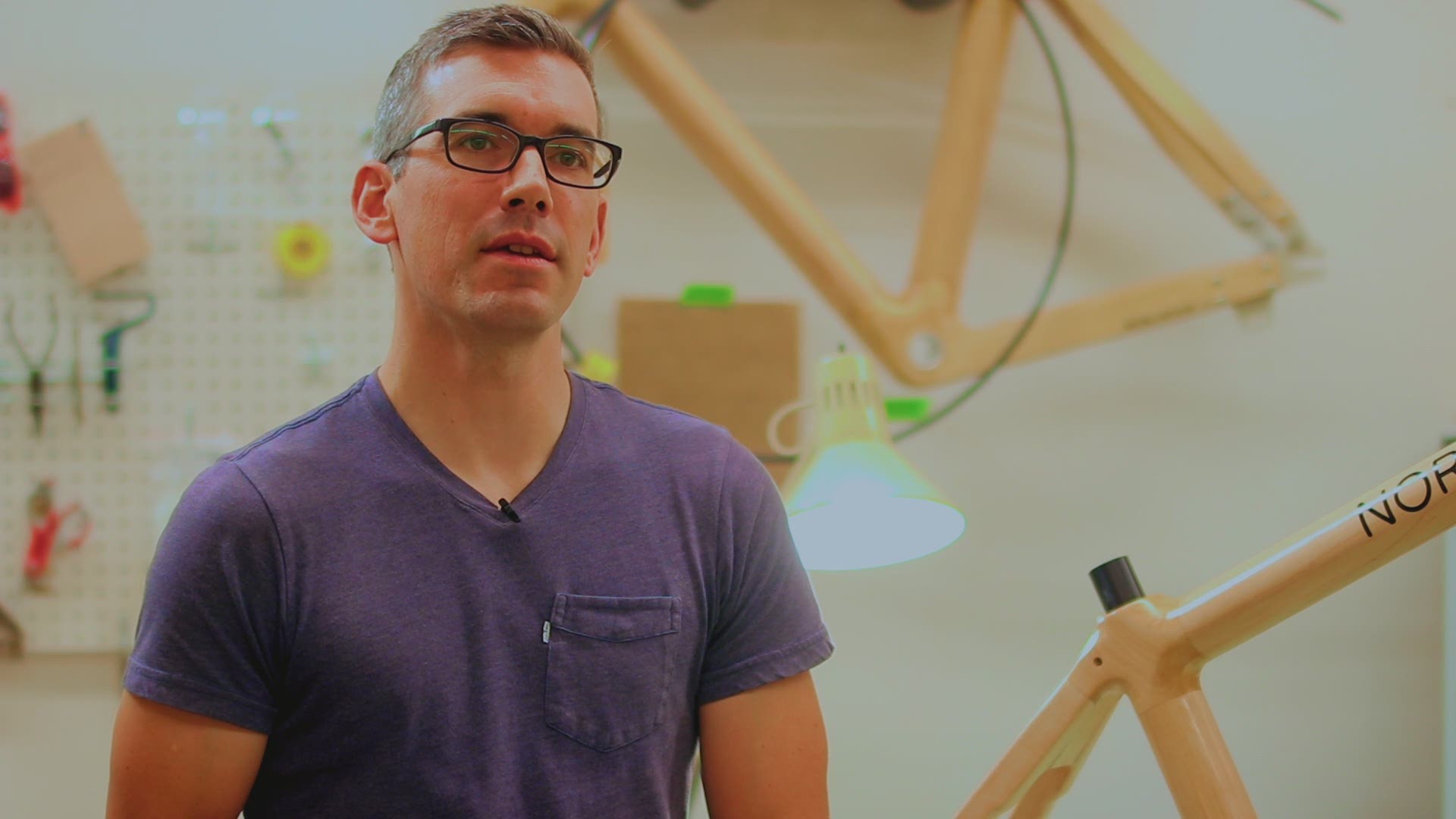 “The majority of the attention that we got was from woodworkers who are not necessarily in the market for anyone to build them any kind of custom bicycle,” Kudla said. “But were so interested in the way that it went together, the design that's in that went into it, and the actual woodworking construction behind it.

The journey from R.I.T, to Fortune 500 companies, to a few hundred square feet of workshop space in a co-op, Chris’ journey into entrepreneurship is anything but normal. But his passion, engineering prowess and attention to detail are shown in every grain of wood gleaming from the frame of one of his Normal Bicycles.