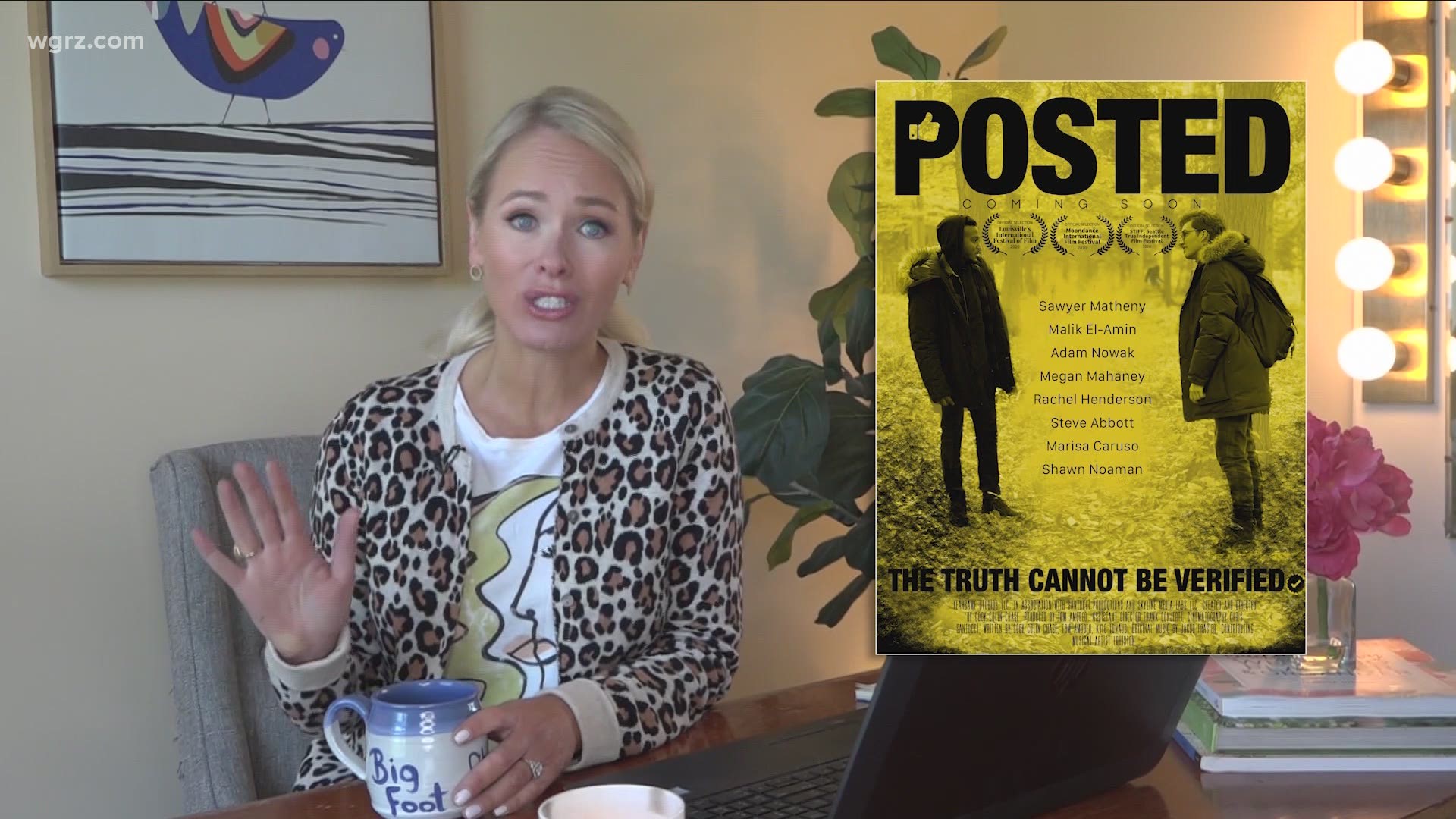 BUFFALO, N.Y. — The premiere and this story were supposed to happen in March of 2020, and you know how that worked out, but now it's finally happening.

Things not happening exactly how you expect is a great place to start when it comes to the new web series "Posted," from the imagination of Cody Chase and Tom Amodeo.

" 'Posted' is basically a show about two best friends that go into the woods and make a Bigfoot sighting video," Chase said. "It goes wildly viral. They put it online and it blows up. And then the United States government steps in and takes it down, and then offers them a contract to continue making those videos for different cryptids and different things. Just to kind of utilize them to distract what happens in the world.

Finding fun, talented people who wouldn't hesitate to get on board with a wild idea was one of the biggest things to push "Posted" forward. The series got made with basically no budget but a lot of heart.

"You have this kernel of an idea and then one person buys into it, and then you have other people who just come out of the woodwork to help you and give their time and attention and their skill sets and we had such a good group," Amodeo said. "It's humbling to see them come out and be so helpful and it's just a sense of Buffalo thing to do."

Now Tom and Cody are just excited to share the show with people who made it happen, and they're hoping you will want to check it out too. The premiere is Monday, June 28 at the North Park Theatre. Showtime is 9:25 p.m., and it is free.

"We've got this big, really great first episode," Chase said. "And hopefully, we can revisit it again someday to continue the story. But right now, it's just a production that we put together as a new company. And we're happy to share just that for now."

Chase also shared that the soundtrack for "Posted" is all original music by local musicians and you can find that on Spotify.

If you can't make the premiere on Monday, the guys say they will be making the show available online. You can learn more about that by clicking here.