Shake on the Lake down in Perry started shaking up Shakespeare nearly a decade ago. 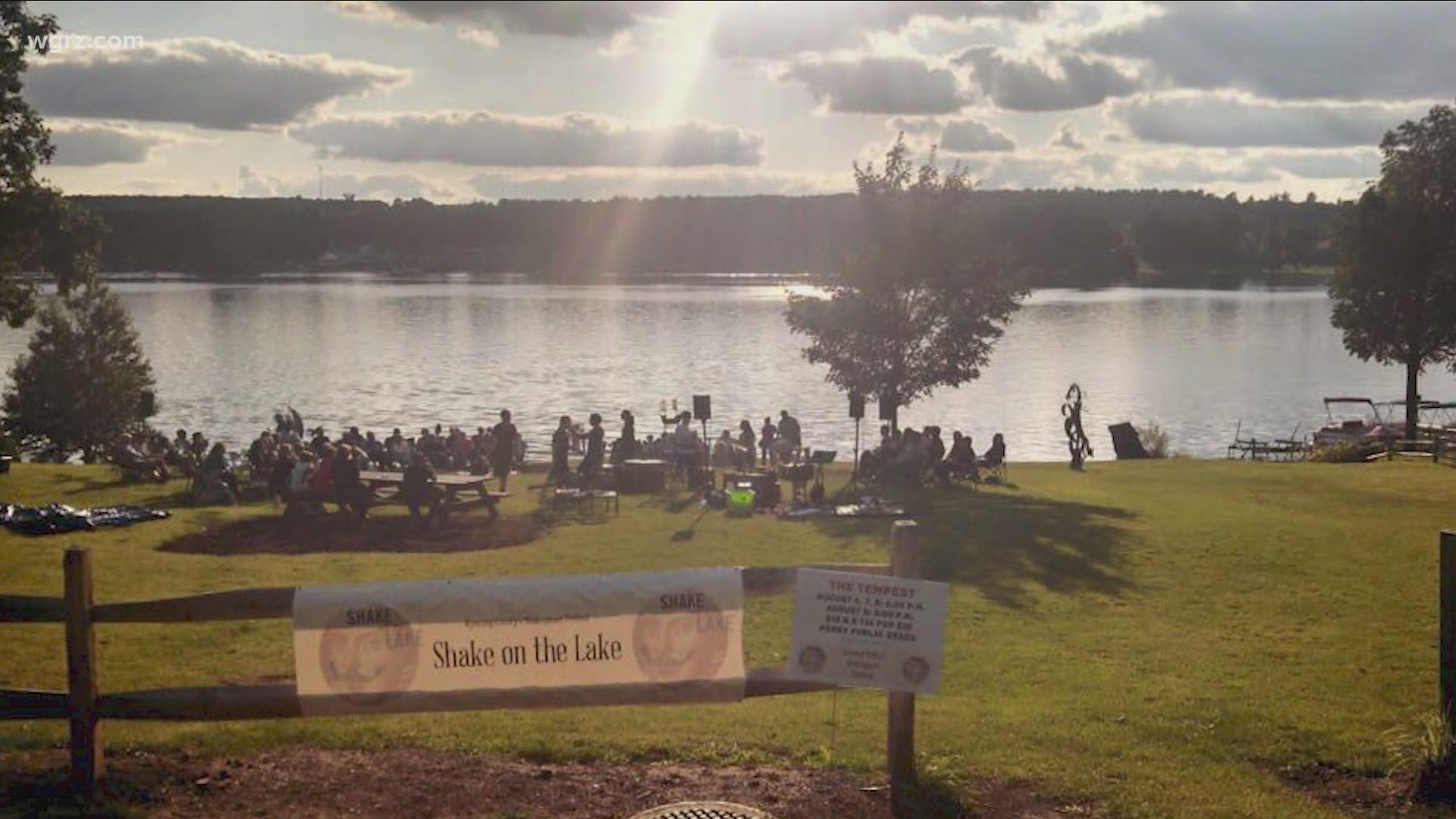 PERRY, N.Y. — Something pretty cool is happening in the Village of Perry in Wyoming County.

Main Street is being turned into a performance space by the theater company that brought Shakespeare to the shores of Silver Lake. This weekend is the Storefront Theatre Festival.

Shake on the Lake started shaking up Shakespeare nearly a decade ago, and the latest production by the theater company behind it borrows from the Bard making a part of Perry a stage.

"I've seen pictures of artists trying to do this in Paris, which you know, the Champs-Élysées in Paris is very different from Main Street in Perry," said Josh Rice, co-founder and artistic director of the Storefront Theatre Festival.

"Different people that run different storefronts in Perry have allowed us to take over their little spaces and put 10 minute puppet shows in them," Josh added. "Audiences will come stand outside on the sidewalks and go from show to show to show until they've seen all six 10 minute pieces."

This idea was sparked, in part by the desire to create COVID-safe live entertainment for both audiences and performers. It's also a great introduction to puppetry as a form of art.

So what can you expect if you've never seen this before?

"I guess if people have never seen puppets before, it is to come with what you think you know about puppetry, and then get ready for that to all be blown up," Josh said. "We have object puppetry, which is objects coming to life and having a life and personality. We do have some hand puppets. Things are going to be funny, things are going to be poignant. There's going to be a lot of music and sound design, it's very visual."

One thing Josh didn't necessarily see coming is the economic impact art has had on Perry and its ongoing revitalization.

"It's been nice to see how it kind of feeds everything in the community," Josh said. "You build it, they will come. It's cliché, but it's one that works. And people have come and we're making some of these spaces that have been vacant for a while really interesting. So that's been a really lucky and nice thing that the community supports something like this."

You can learn more about the Storefront Theatre Festival online by clicking here. You can also buy tickets there, or you can buy them right at the door.