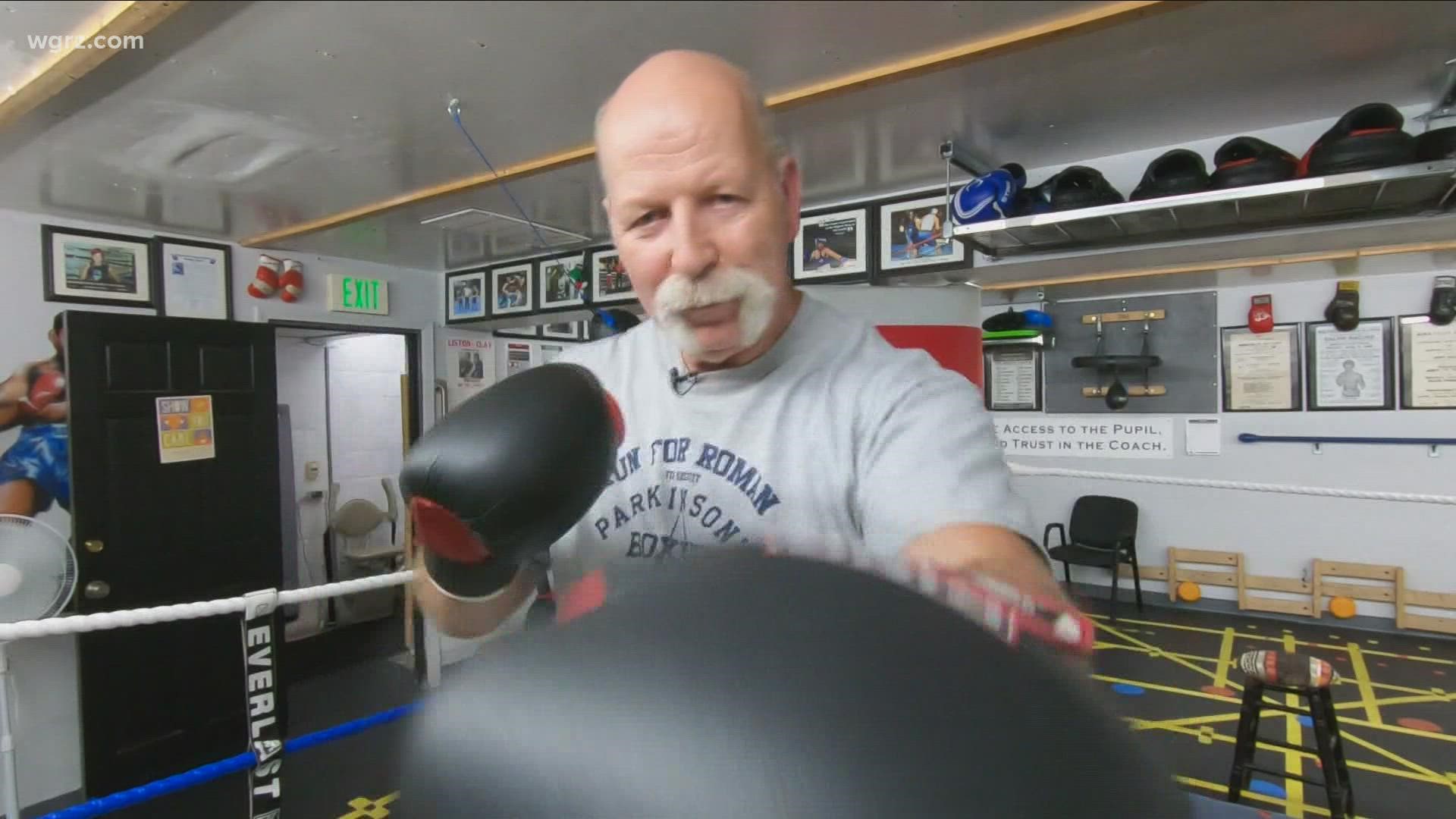 KENMORE, N.Y. — Justin Figler is going to run four miles every four hours for 24 hours this coming Wednesday, September 1, which just happens to be his birthday. Why is he doing this?

"I'm doing this for my dad and the whole community at Parkinson's Boxing," Justin Figler said.

"I've always been someone who tries to do for others, and it's nice to see my kids giving back and doing the same thing," said Justin's dad, Roman Figler.

Roman Figler has been coming to Parkinson's Boxing in Kenmore for the past couple of years, long enough to work as a trainer, too. The gym specializes in serving clients with Parkinson's Disease.

Roman Figler says there were signs as far back as 2012. The official diagnosis came a few years ago. In facing that fight, this is a place he has found comfort.

"As a result of this my balance has improved 100%. My tremor has minimized, it's not as predominant as it has been in the past and I cut my medication in half," Roman Figler said.

Justin Figler started the Run for Roman GoFundMe campaign with a goal of $5,000. He raised $10,000 in the first 23 hours. The total is now more than $20,000. All those donations will help the gym expand and keep up with the increasing demand, as well as take in more and more clients.

"Looking at how many people he's been able to influence, I'm not surprised people have come out of the woodwork with overwhelming support," said Justin Figler.

Justin Figler will be running in different places throughout the day on Wednesday. You can follow along on his Instagram @justin.figler. He plans to run the last lap at the track at Grand Island High School, where his dad is a JV soccer coach.