Most Buffalo story of day: first graders sum up school year with their own must-see newscast

It's not breaking news that the first graders at the Buffalo Academy of Science Charter School are some pretty impressive kids. 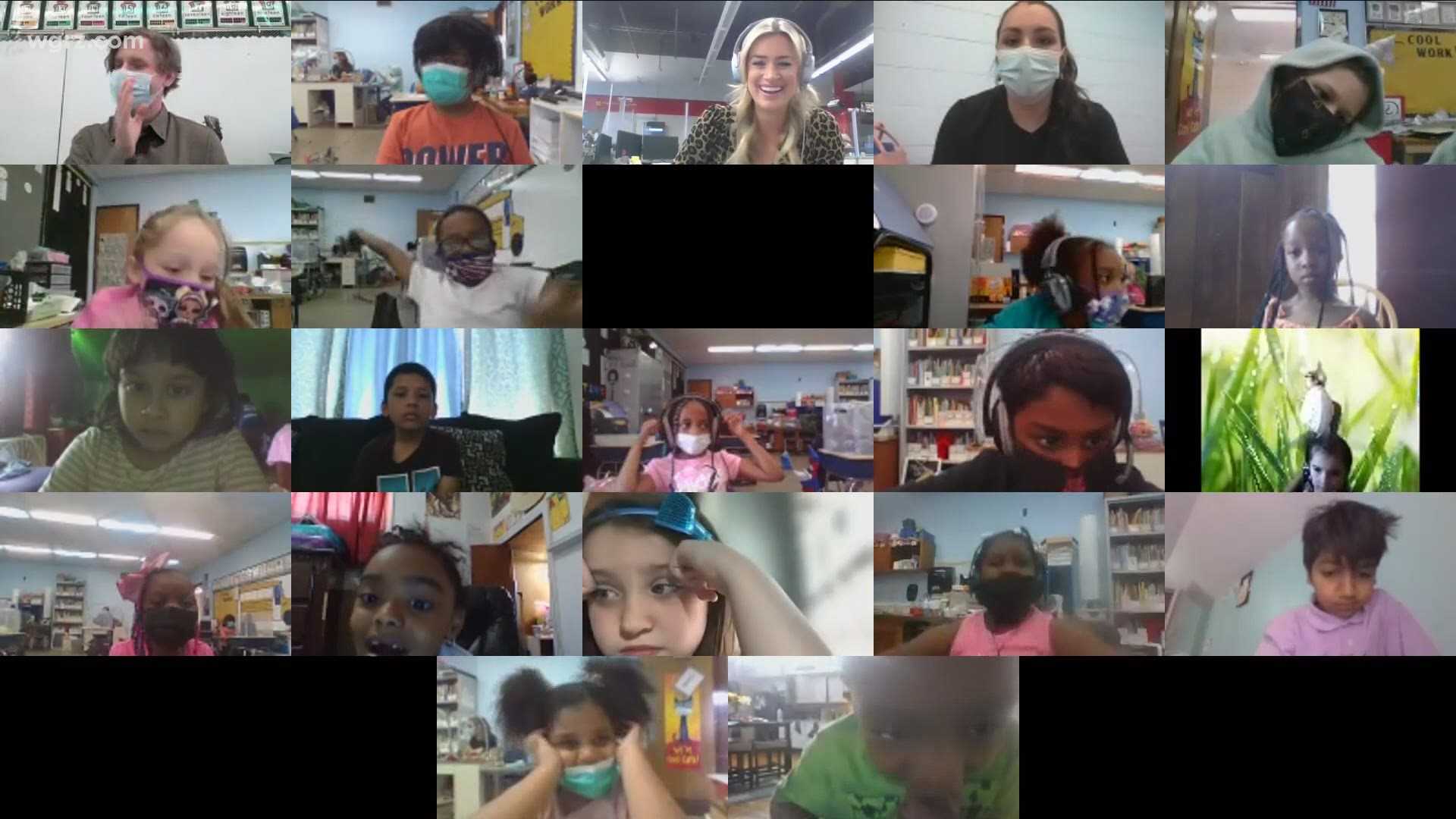 BUFFALO, N.Y. — First grade co-teachers Greg McClure and Tabitha Garcia have, at times, had their hands full at the Buffalo Academy of Science Charter School this year.

"We are five days a week in the school or at home," he told 2 On Your Side on the students' last day of class earlier this week. "So we are both teaching students in their classroom, and students at their homes, fully virtual, until about 12:20 every day. So we have friends in this room who, believe it or not, we have never had in our classroom."

That's why Mr. McClure and Miss Garcia wanted to do something special with both the "Roomies," or the in-person students, and the "Zoomies," their name for the remote group, before the school year was over.

"Because we've been in two different groups, I just really wanted to do something collaborative," he said. "Miss Garcia and I thought it would be a good idea to do something where we can bring everybody together, whether they were at home or in the classroom. So it's a lot easier to do that with video projects, right? We can cut, and splice, and add people in."

That's how Buff Sci News was born. With some shooting and editing help from their multi-talented teacher, the class put together a wide-ranging, 12.5-minute newscast summing up their school year, featuring a hard-hitting interview with the school principal from the main office, some wild weather reports, a sports update with summer health tips with their physical education teacher, and even commercials sent in by the Zoomies.

As the final product shows, it's not breaking news that these are some pretty impressive first graders.

"That was super special," Mr. McClure said as he reflected on the moment that the class watched their project together for the first time. "They worked really hard on this. You heard Callie say they wrote it and practiced their lines. A lot of them memorized every single word.

"So when we recorded it last week, they were waiting all week to watch it, so there was a lot of excitement and there was a lot of giggling in here. A little bit of hiding their faces when they saw them on there, but everyone was clapping for each other, and everybody was complimenting each other, so it was a really special thing."