Most Buffalo Story of Day: Man is biking 1,000 miles for autism awareness

Ganesh Shenoy started on July 30 at the Freedom Tower in New York City and plans to complete his 1,000 mile journey in Grand Rapids, Michigan, on August 28. 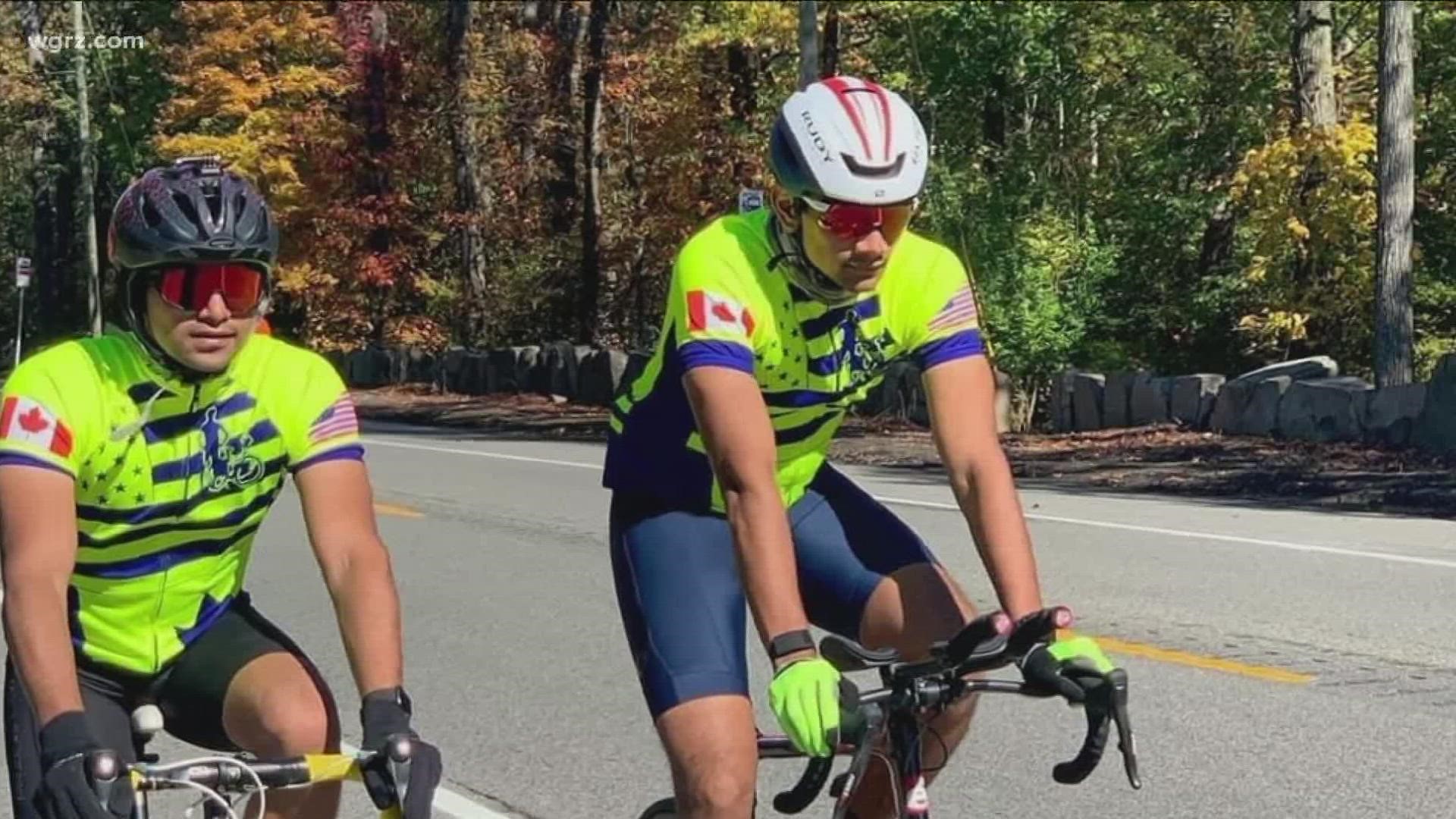 BUFFALO, N.Y. — One thousand miles over 30 days might seem like quite the journey for someone who hasn't really ridden a bike since high school, but Ganesh Shenoy is a man on a mission.

He's riding from the Freedom Tower in New York City, across New York State, and through Canada on his way to Grand Rapids, Michigan. He left on July 30 and plans to complete his ride on August 28.

It's all part of an effort to raise autism awareness and raise $500,000 for Easterseals, which provides support for people with special needs and disabilities. He's also dedicating part of his ride to help homeless veterans.

Sure, Shenoy, 51, could have written a check for a donation, but he decided to give more through this physical and mental challenge.

"A lot of people can give money, and that's a great thing. That's a good start. I think giving time gets you connected to the cause," Shenoy said. "The biggest beneficiary of this particular ride has been me because I have learned so much about life. The true meaning of giving. This will be a part of my life; the memory is built. It's phenomenal."

2 On Your Side's Heather Ly caught up with him during a pit stop in Buffalo, where he got to "carbo load" on pizza and give his legs a bit of a rest before heading into Canada and toward Detroit where he will cross back over into the United States.

"We have seen the woods. We saw bears. We saw horses, deer. Pretty much all kinds of animals. It has been an amazing experience. A breathtaking experience. New York is a special state. (Ly: It's special. It's beautiful, but it's a lot bigger than you think than when you look at it on a map!) Exactly! Of the 1,000 mile bike ride, half of it is in New York. When I routed this ride, I never thought New York was so big!" Shenoy said.

Shenoy travels with a support team in case he needs any assistance along the way. So far, the ride has been good and without any problems, other than some blisters from his biking shoes and a crazy tan line from his bike shorts.

Shenoy said he's found many supporters along the way.

"Everywhere I go, when I ask for water or ice or something like that, they are so glad to come out and do something for the cause," said Shenoy.

Even though Shenoy was just a visitor in Buffalo, he embodies the spirit of the City of Good Neighbors and offered this advice for anyone looking to give back to their community:

"Sometimes you might feel like I want to balance my life before I give back. That is what I used to think, but life is like a bicycle. You keep rolling. The moment you stop is when you are out of balance. When you keep rolling, you are always in balance. Keep moving. As you are living your life, give back to the community, and you will be the richest person in your family," Shenoy said.

Click here to donate to "The Epic Bike Ride."