"My Neck" was filmed primarily in Buffalo, with a few scenes in Attica all with a local cast and crew. 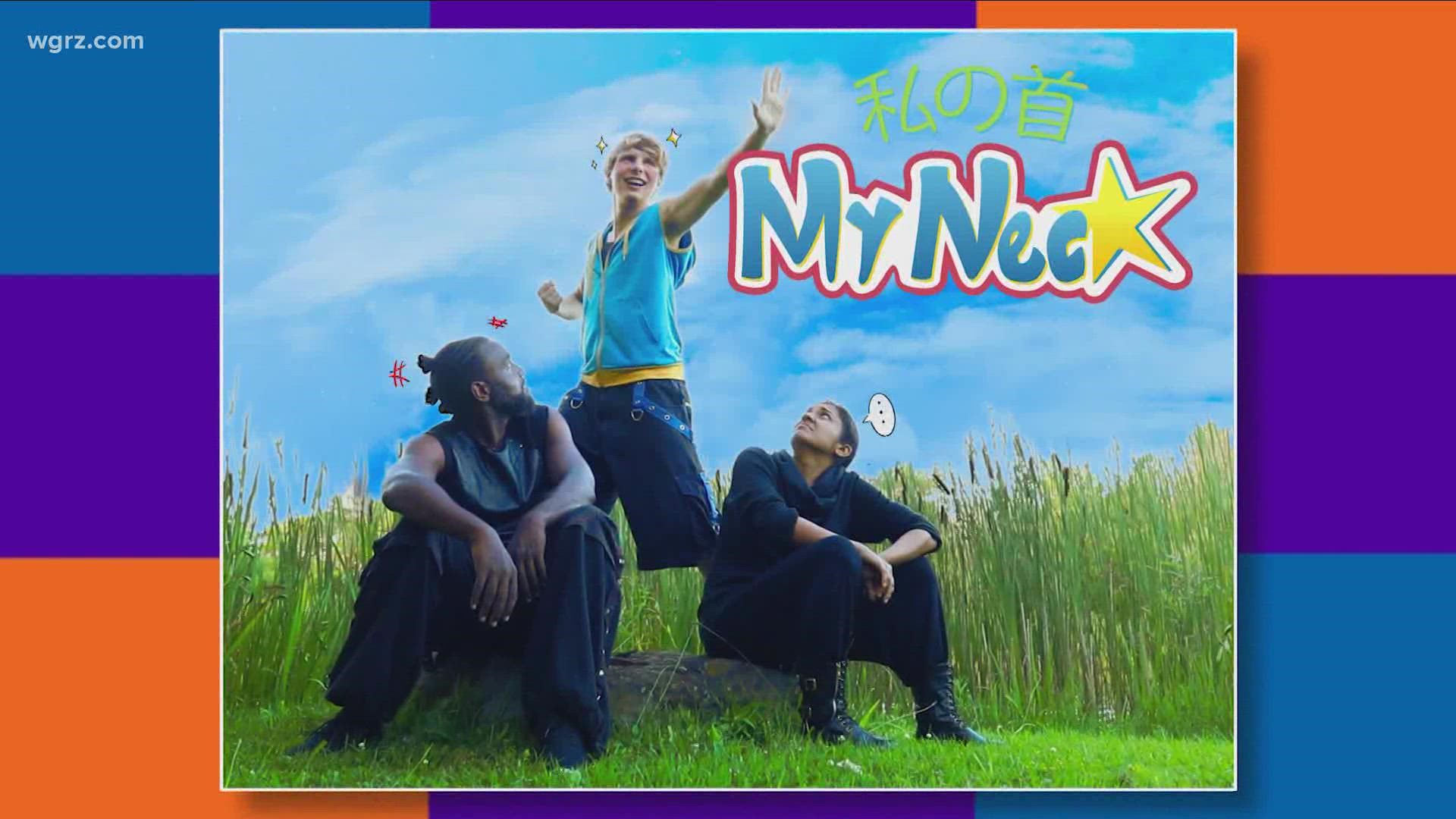 BUFFALO, N.Y. — A local filmmaker is telling Most Buffalo all about his latest project. And here's the thing: He says it really hasn't been done before.

"It takes place in this fantasy world where we're slapping the back of your opponent's neck," said filmmaker Joseph Springer, Jr. "And that comes from an inside joke that happened way, way back in grade school where people, like if you would say something kind of dumb, you get a smack in the back of the neck or people just did it to be funny, I guess."

If Joseph Springer, Jr.'s forthcoming web series "My Neck" sounds a little weird and kind of ridiculous, well, hang on because we're just getting started.

"We have tagged it as a live action anime, which makes no sense because that's not what anime is. But it's inspired from anime," said Joseph Spring, Jr.

"I can tell you can see the love and the passion, and the literal blood, sweat and tears that everyone put into it on screen," he said. "And I hope that gets conveyed across when people watch it that it really is. It comes from fans and people who enjoy anime, in that we're really passionate on being a part of the world and making the world come to life for an audience. And I really hope that comes across that way. When people watch it."

Joseph's desire to tell stories and delight audiences started when he first picked up a camera as a kid and started shooting his family vacations. He graduated from the Buffalo Academy for Visual and Performing Arts and Buffalo State's film program. He filmed "My Neck" primarily in Buffalo with a few scenes with Attica all with a local cast and crew.

It's taken two years to get "My Neck" ready to release.

You can get in on the joke next month.

"My Neck" will start streaming on Amazon Prime Video on September 24.