Eli Fish Brewing Company in Batavia won the second-most medals out of all breweries in New York State. 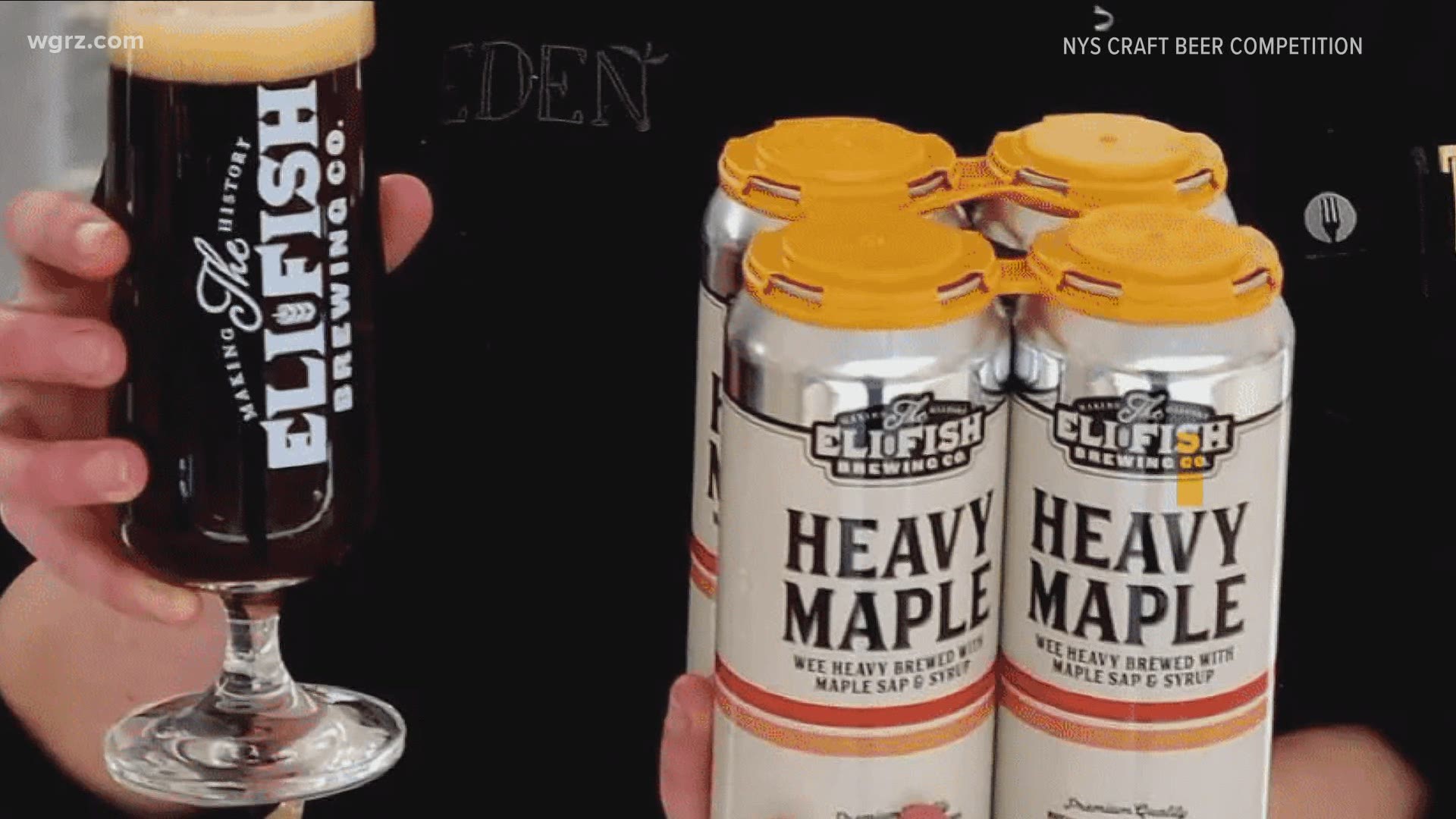 BATAVIA, N.Y. — The New York State Brewers Association is out with its list of winners in the fifth annual New York State Craft Beer Competition, and there are a lot of local breweries on the list.

“Each year the New York State Craft Beer Competition continues to grow, both in the number of entries and in the quality of submissions,” said Paul Leone, Executive Director, New York State Brewers Association. “We are incredibly proud of the beer being produced by our members and this competition showcases the amazing and diverse craft beer of New York State.”

A total of 87 medals were awarded to 50 breweries, but there's also a Governor's Craft Beer Cup given to the Best of Show. That cup went to Eli Fish Brewing Company in Batavia for its "Heavy Maple" in the Fruit and Spice Beer (non-sour) category. Along with the cup, Eli Fish was the second-most winning brewery, winning five medals.

The brewery tied in the Best New York State Beer category, which had to include at least 60% NYS hops and malt, for it's "Tiga Queen."

To watch a replay of the Awards Ceremony, click here.