Local bakery gets shout out on TODAY show

The TODAY show gave viewers some popular tailgate food ideas from Buffalo and Pittsburgh ahead of Sunday Night Football. 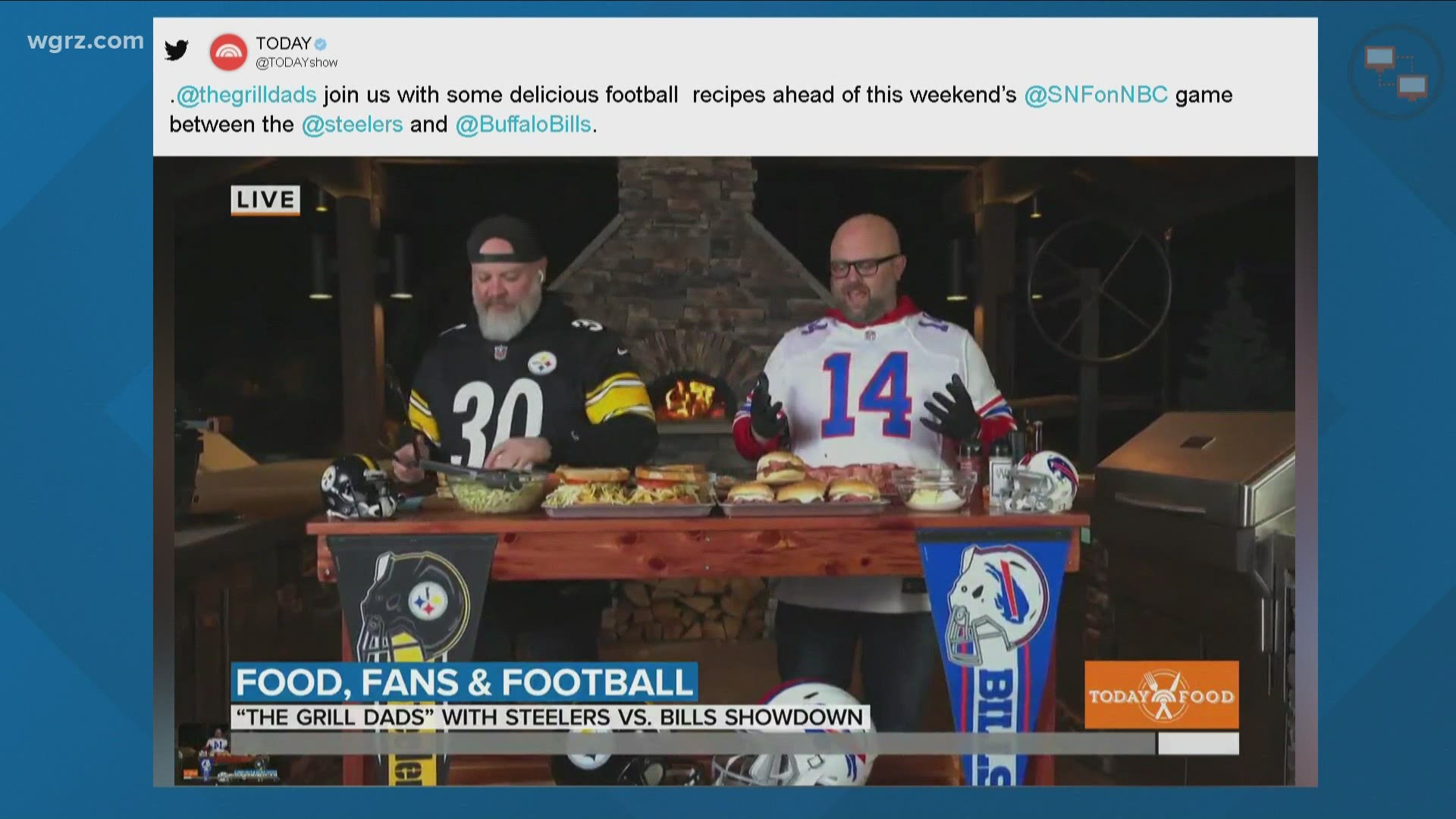 BUFFALO, N.Y. — The TODAY show crew was getting ready for some Sunday Night Football on morning by helping you out with some tailgating recipes.

This Sunday night the Buffalo Bills and the Pittsburgh Steelers are going head to head, and the TODAY show gave viewers some popular tailgate food ideas from Buffalo and Pittsburgh.

"The Grill Dads" Mark Anderson and Ryan Fey, who host a show on the Food Network, joined the TODAY crew to show off two favorite foods. Anderson, who is a lifelong Bills fan, was wearing a Stefon Diggs jersey on air.

Anderson showed the nation how to make a beef on weck.

"I am making beef on weck, it's a really famous Buffalo sandwich," said Anderson. "It tastes like an AFC Championship so I'm going to make it."

Anderson gave some tips on making the best beef on weck from home, and that's when Savannah Guthrie asked him what "weck" was.

"It's a Kaiser bun with caraway seeds and pretzel salt, it's delicious. This is from Costanzo's in Buffalo they sent it to us for this which is great," said Anderson.

Costanzo's Bakery was founded back in 1933, as a small bakery along the Niagara River.

Since then, you can find Costanzo's products in grocery stores around Western New York. Their bakery is located in Cheektowaga.

You can watch the full segment from the TODAY show below:

.@TheGrillDads join us with some delicious football recipes ahead of this weekend’s @SNFonNBC game between the @Steelers and @BuffaloBills. pic.twitter.com/rgo16uQRY0