Did you remember? It's International Chicken Wing Day

And don't get it confused with National Chicken Wing Day, which is on July 29. 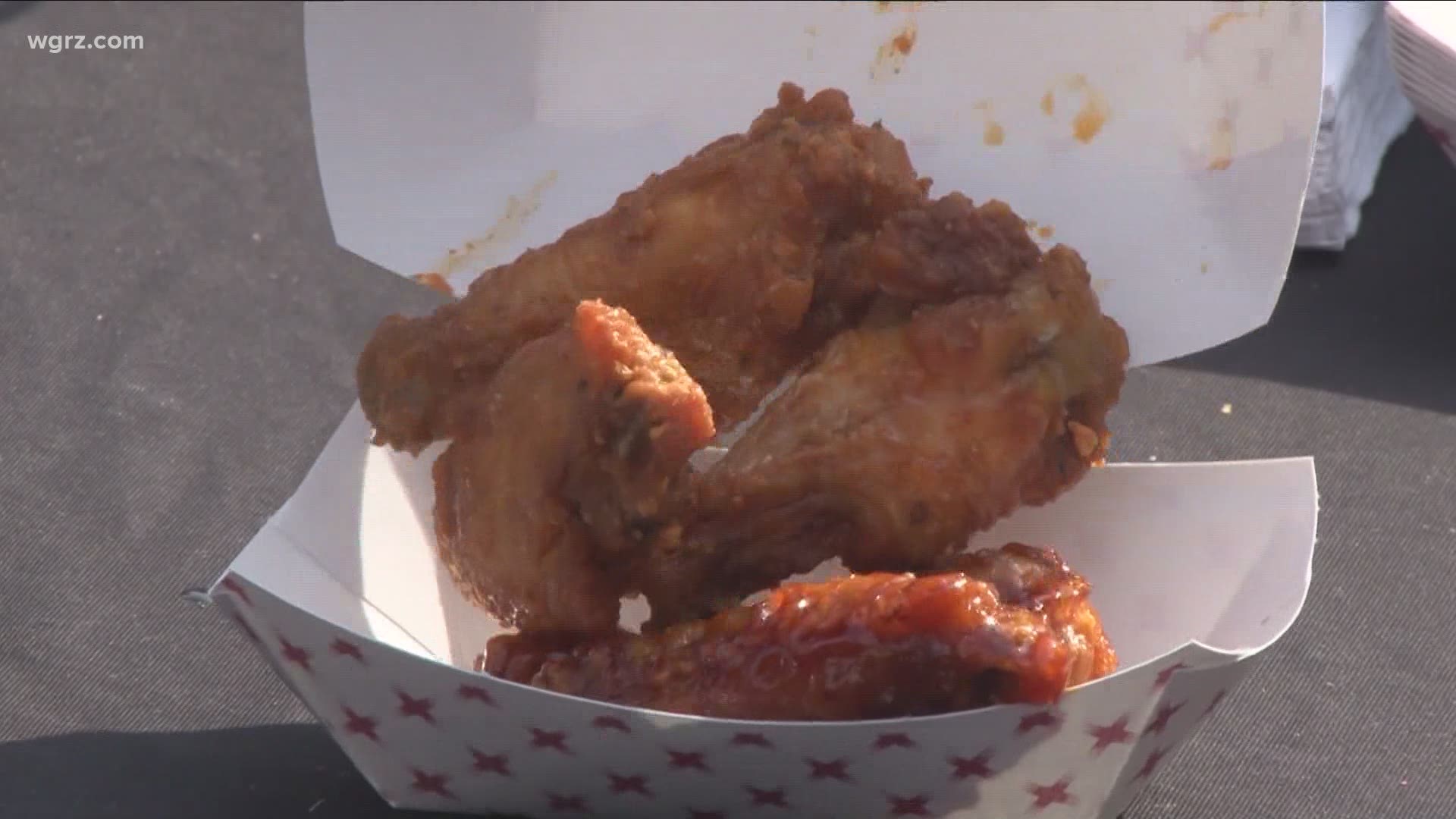 BUFFALO, N.Y. — You didn't forget, did you? July 1 is International Chicken Wing Day.

It all may have started right here in Buffalo at the Anchor Bar, but the love of wings has spread worldwide, drumming up a flat out love for not only the snack itself, but the city where it was born.

Most Buffalo's Kate Welshofer had the chance to chat with William Osuna, who is from Guadalajara, Mexico. He works with the company behind Wings Army, a chicken wing franchise whose CEO opened the first restaurant after trying wings for the first time during a trip to the U.S.

It was really sort of a gamechanger for Mexican and American cuisine.

"They're flavors that everybody are familiar with, but we mix them with our Mexican style," said Osuna. "So that's one of the secrets. Don't tell anybody, okay?"

One secret that is out? Buffalo loves the south of the border take on its classic. Wings Army has been a big hit at Wingfest, taking home several awards over the last few years.

It's a tradition they're hoping to continue this year along with their other tradition- driving all the way here.

We're honestly not sure how many chicken wings you'd have to place end to end to span the more than 2,000 miles between Guadalajara and Buffalo, but I do know this simple snack can really bring people together.

William says they're very excited to be back in Buffalo this year and to take that big road trip again.