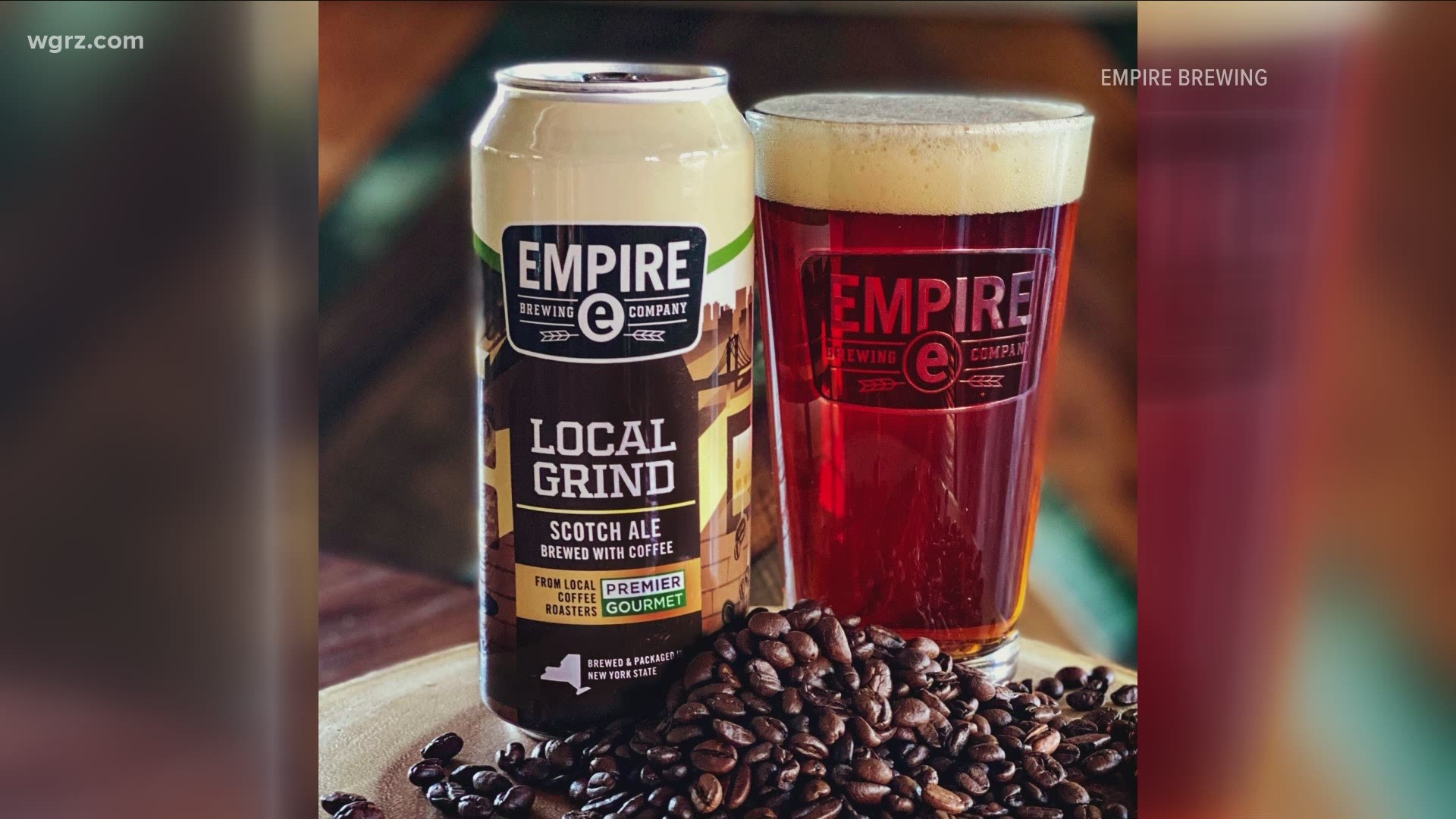 “We have been working with the fine folks at Premier Gourmet for quite a few years, Head Roaster Sjaan and her team work hard to make sure we have the finest quality coffee possible," said Dan Miller, head brewer at Empire Brewing Company. "On our latest release, Empire Local Grind, we decided to use Brazilian Santos Beans, which are freshly roasted and ground within hours of the cold infusion into this brew.  The Brazilian Santos brings hints of dark fruits and chocolate that complement the rich toffee and caramel sweetness of our scotch ale."

Empire Local Grind is available in 16 ounce 4-pack cans at Premier Gourmet and across the Empire Distribution network. You can also find this cold brew on tap at the Ellicottville Brewing in Ellicottville (Ellicottville Brew Pub and Tap + Bottle & Taqueria) and Fredonia (EBC West).