It was a whirlwind of emotions during the gender reveal, but it's a boy! 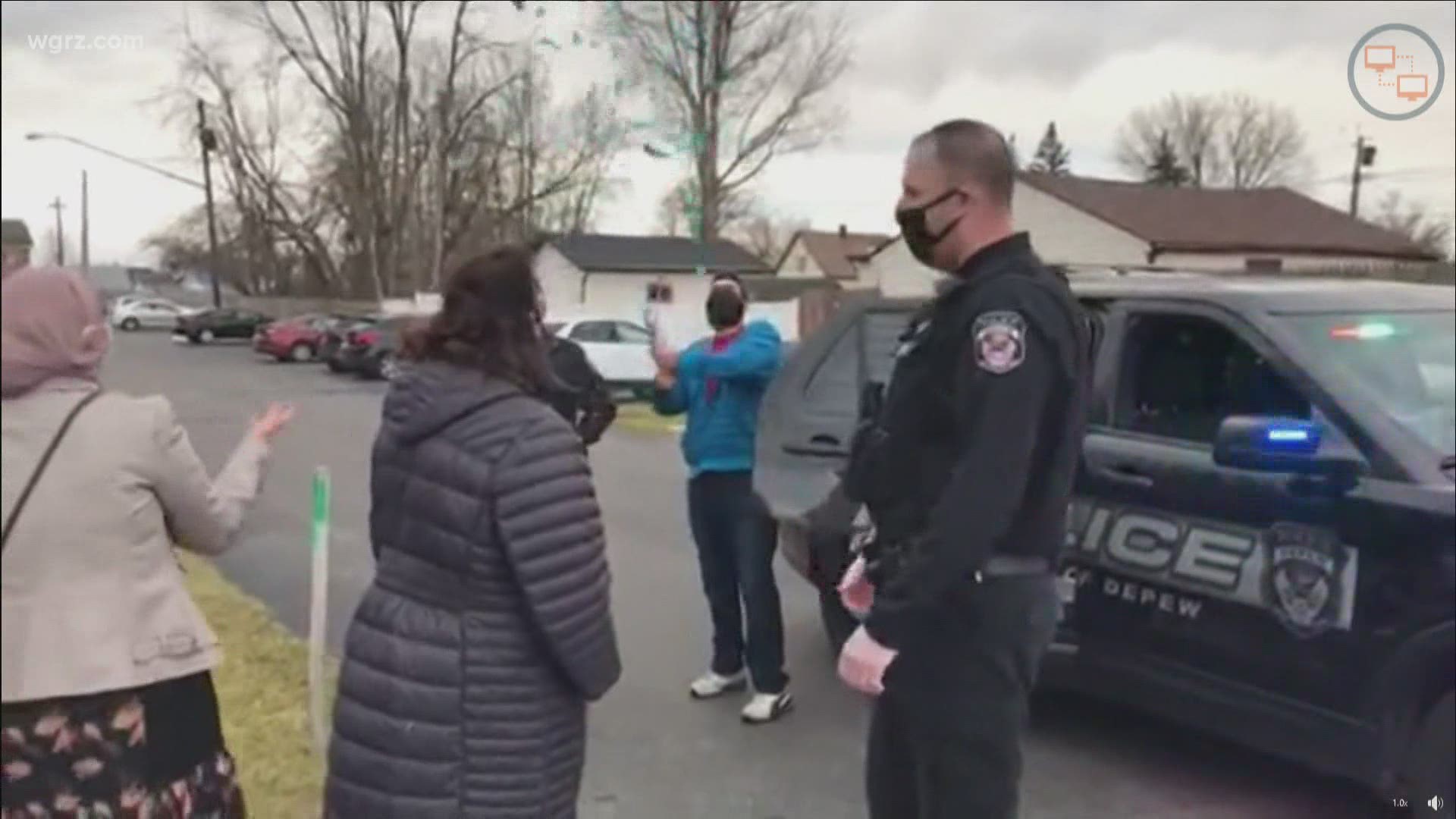 DEPEW, N.Y. — The Depew Police Department took part in a gender reveal party that took the family through quite a whirlwind of emotions.

The department posted a video to their Facebook page, showing a gender reveal party for Rabie and Eva Alnaji, that happened on January 17.

Rabie started doing donuts in his car, with blue and pink chalk dust coming out of the exhaust pipes. That's when the two Depew Police officers showed up.

Lieutenant Ballistrea and Officer Keib arrived to the scene and detained Rabie for some questioning. When they took him into the back of the police car, the officers started talking to Eva about the situation.

That's when Rabie got out of the back of the police car and shot off  a confetti cannon, with blue confetti, meaning it's a boy!

The Depew Police Department wrote on their Facebook page "Thank you to Lt Ballistrea and PO Keib for their Oscar winning performances. Congrats to the couple!!"

You can watch the full video below.