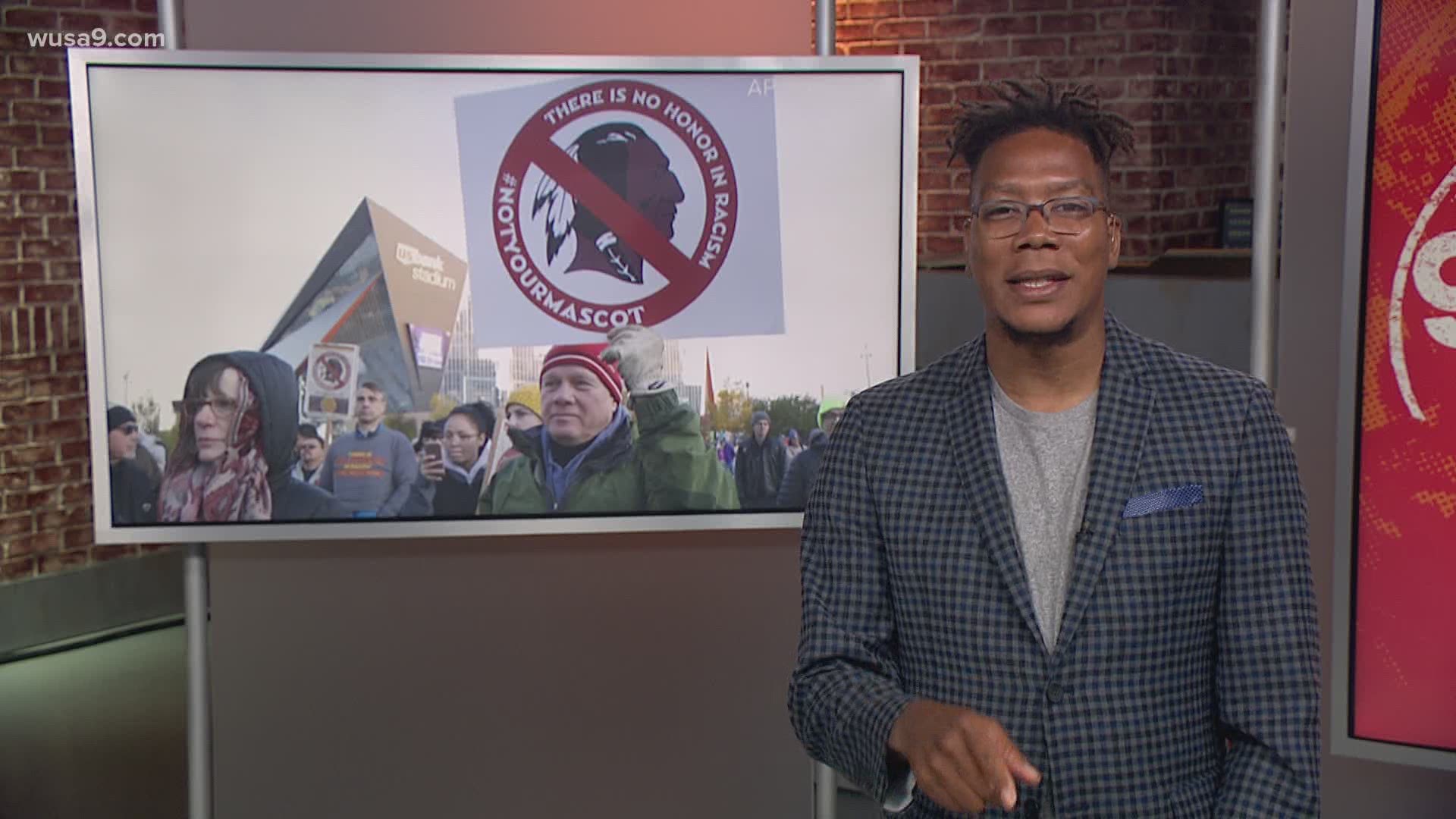 WASHINGTON — When asked about changing the name of his football team several years ago, Dan Snyder drew a line in the sand saying, "We'll never change the name. It's that simple. NEVER — you can use caps."

Well, after decades of protests, court challenges and even chastisement by a sitting president, he crossed that line. Make no mistake, the name of Washington’s football team will be changing, sooner rather than later.

Why now? Times are changing, and the culture of our country along with it. Business is no longer comfortable backing a team whose name is seen by many as a racial slur. There is a two-word sentence that speaks to this: Money talks.

Moral arguments can be ignored. Definitions can be challenged, but when three of your business partners -- one of whom being the CEO of the company that owns the naming right to your stadium tells you that they want to walk away from you -- when 85 investment firms and shareholders with a combined $620 billion in assets start leaning on you, and your league's major sponsors, never becomes now.

This name change has been a long time coming, and long overdue. But like a lot of the changes that are happening in our society right now, it should be viewed as a start, not the finish. Fans of the name have argued that they think of it as a tribute to Native Americans. They say this, while ignoring the objections to it by many Native Americans. They also ignore the conditions that many Native Americans are currently living under -- conditions forced upon them that can at best be called, less than ideal. Yet, somehow in these discussions about what is and isn't offensive to them, their current concerns go ignored.

What we are seeing, right now, is a nation working itself towards being a more perfect Union. Now would be a good time for Dan Synder, the NFL and fans of this team, to turn their attention away from the football field and put it on addressing the concerns of the people they claimed to have been paying homage to. And the best way to honor those who have died is to take care of the living. Let us be sure to include in our collective movements those among us who were originally here, and from whom we have taken so much.

RELATED: Washington's NFL team may finally be changing its name

RELATED: The Redtails: A brief history of the better name for our Washington football team