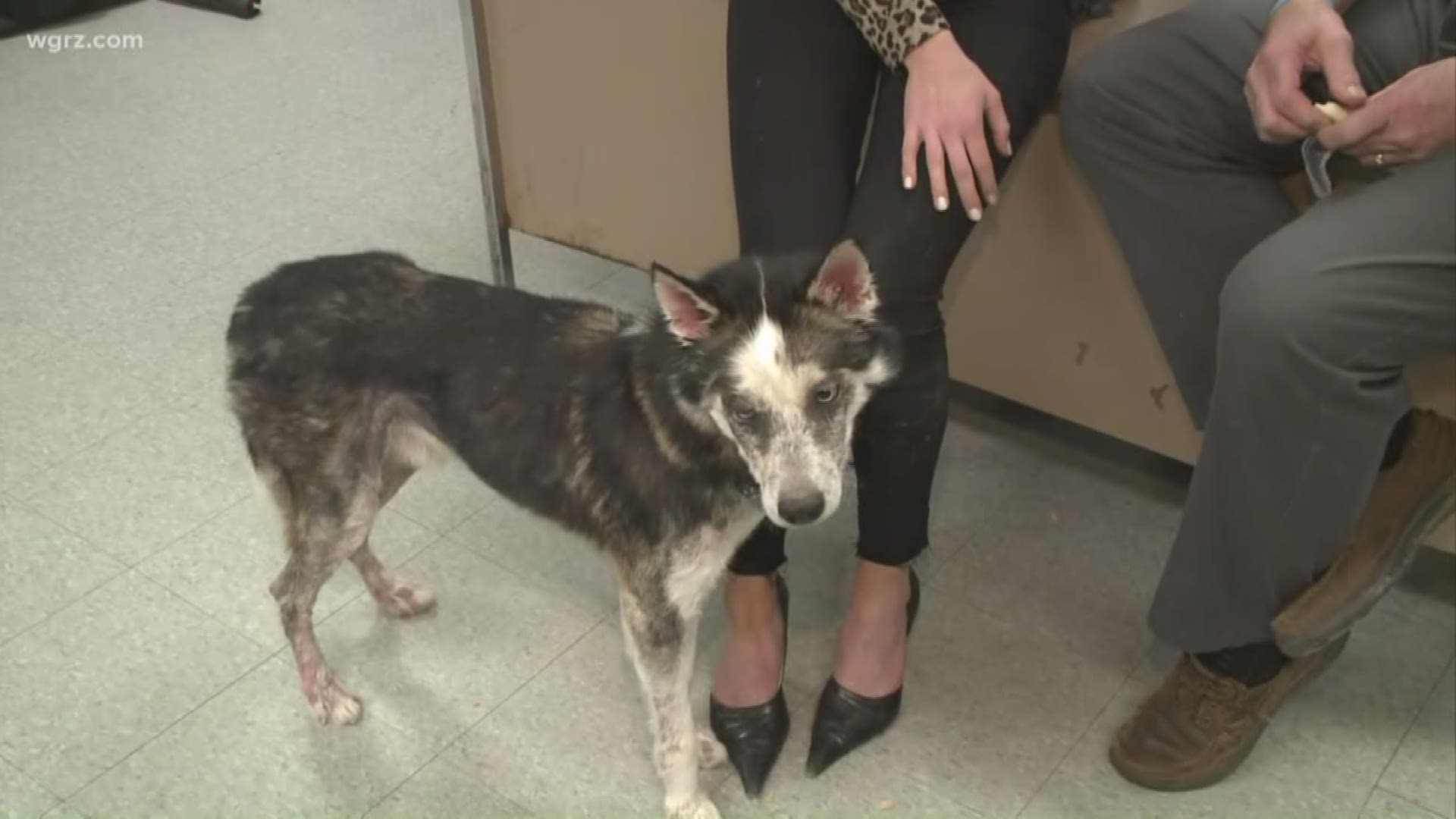 BUFFALO, N.Y. — It was less than three weeks ago that Yukon the husky was found cold, shivering and emaciated in Niagara Falls. Now, he is eating, playing, and getting stronger every day at the Niagara County SPCA.

The dog has gained thousands of fans on social media since good Samaritans saved his life by taking him to the shelter on February 6.

"We have been getting a lot of questions regarding the husky that was brought in by a good Samaritan the other night. We have named him Yukon and we thought we would give you a little update. Yukon is doing well, he is eating,he has full access to one of our medical rooms, he is nice and warm,all snuggled up in his blankets and most of all, he is getting lots of love from the staff! We will give you an update on his medical condition very soon! Thank you to all of you for your concern regarding this sweet soul."

The organization's Facebook page recently posted a video of Yukon jumping, playing and snuggling with his caretakers set to Destiny Child's "Survivor."

The Niagara County SPCA is accepting donation's to aide in Yukon's recovery here. Yukon is still receiving medical treatments, but the SPCA said he should be available for adoption in the near future.

The organization will also hold a "Mardi Paws" fundraiser on Tuesday.  More information is available here.