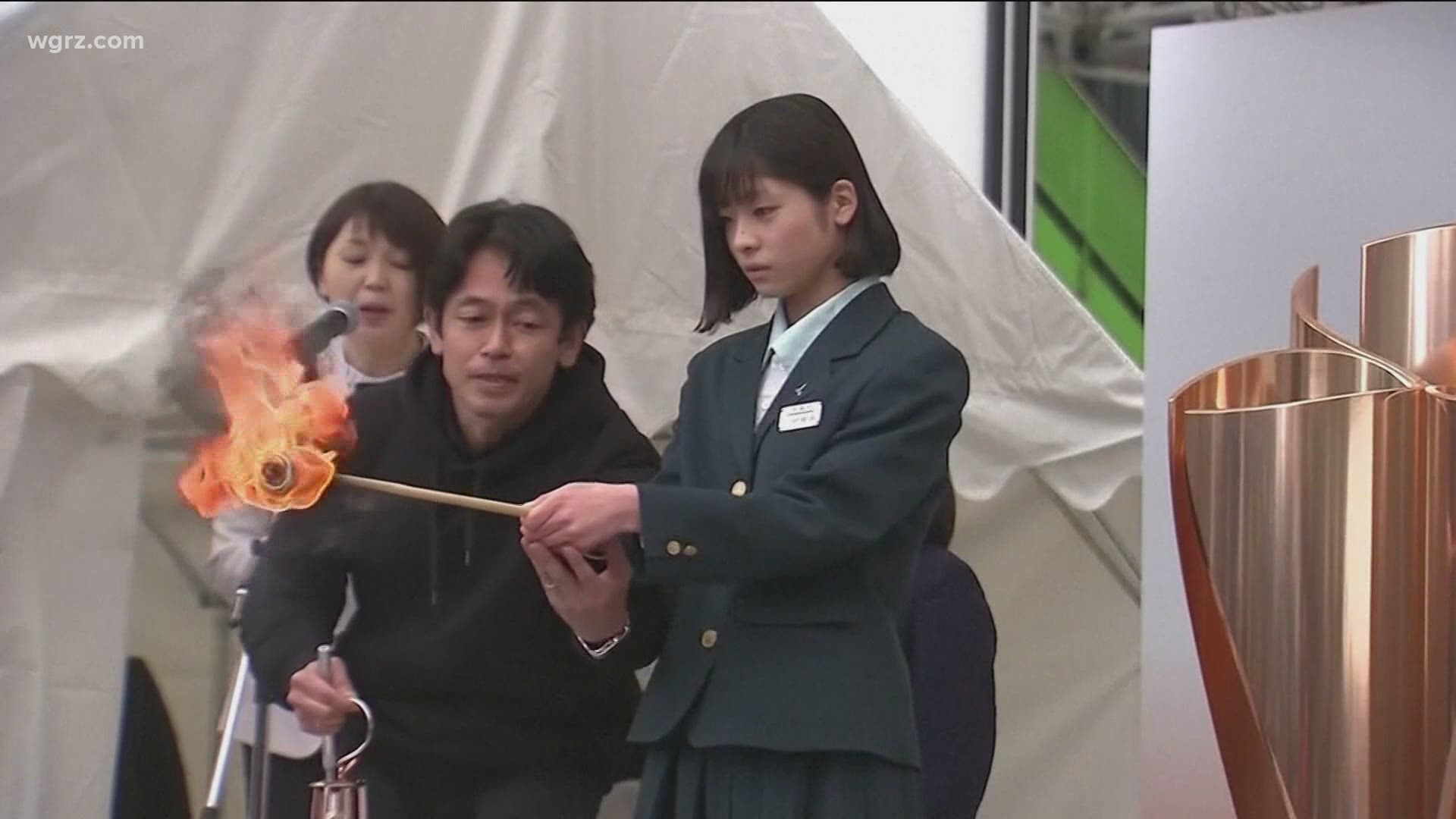 BUFFALO, N.Y. — One year and one day since the 2020 Tokyo Games were postponed due to Covid-19, the Olympic Torch Relay is set to start Thursday morning in Japan, which is Wednesday night in the United States.

The flame has kept burning for the past year, awaiting the rescheduled games, which are now set to start July 23rd. The relay will take off from the J-Village National Training Center in Fukushima. Over the next four months, 10,000 runners will carry it all across the country.

No international spectators will be allowed to watch the games in person, which means that friends and family of our local Olympic hopefuls will likely be holding watch parties in Western New York.

Fredonia's Jenn Suhr is training for her fourth Olympics on the pole vault. Tonawanda's Anita Alvarez, who competed in Rio in 2016, will be looking to medal for the first time in the synchronized swimming pool. West Seneca Native and Volleyball Player Matt Anderson has played for Team USA in the last two Olympics, winning a bronze medal in 2016. Amherst native Brian Irr is hoping to make the final roster in one of the new sports, karate.

On this week's Olympic Hopeful interview, we're sitting down with Brian Irr to chat about moving to Texas to further his Karate career, his training and prep throughout 2020, how he deals with the anticipation surroundingcompetitions and much more!https://t.co/7lsOZiUQir pic.twitter.com/2IhdJlyg9l

Rower Emily Regan is ready to go for gold again, after winning with Team USA in 2016.

"You can really feel the momentum and energy building, every single day at practice," Regan said in a video recorded for 2 On Your Side. "All of our selection events that were cancelled last year are starting to happen again, and that's just adding to the excitement. I'm really looking forward to the opportunity to compete again and our team is going to be putting in a lot of hard work over the next few months to hopefully have some great performances over the summer."

The Olympic Torch relay starts tonight, and the Tokyo games are finally just four months away.

Four new sports will make their debut on the Olympic stage at the Tokyo games: climbing, karate, skateboarding, and surfing. Let us know which one you're most excited to watch by voting here, or texting 716-879-2200.