In celebration of National Nurses Week, new nursing graduates share what it's been like to start their careers in a pandemic. 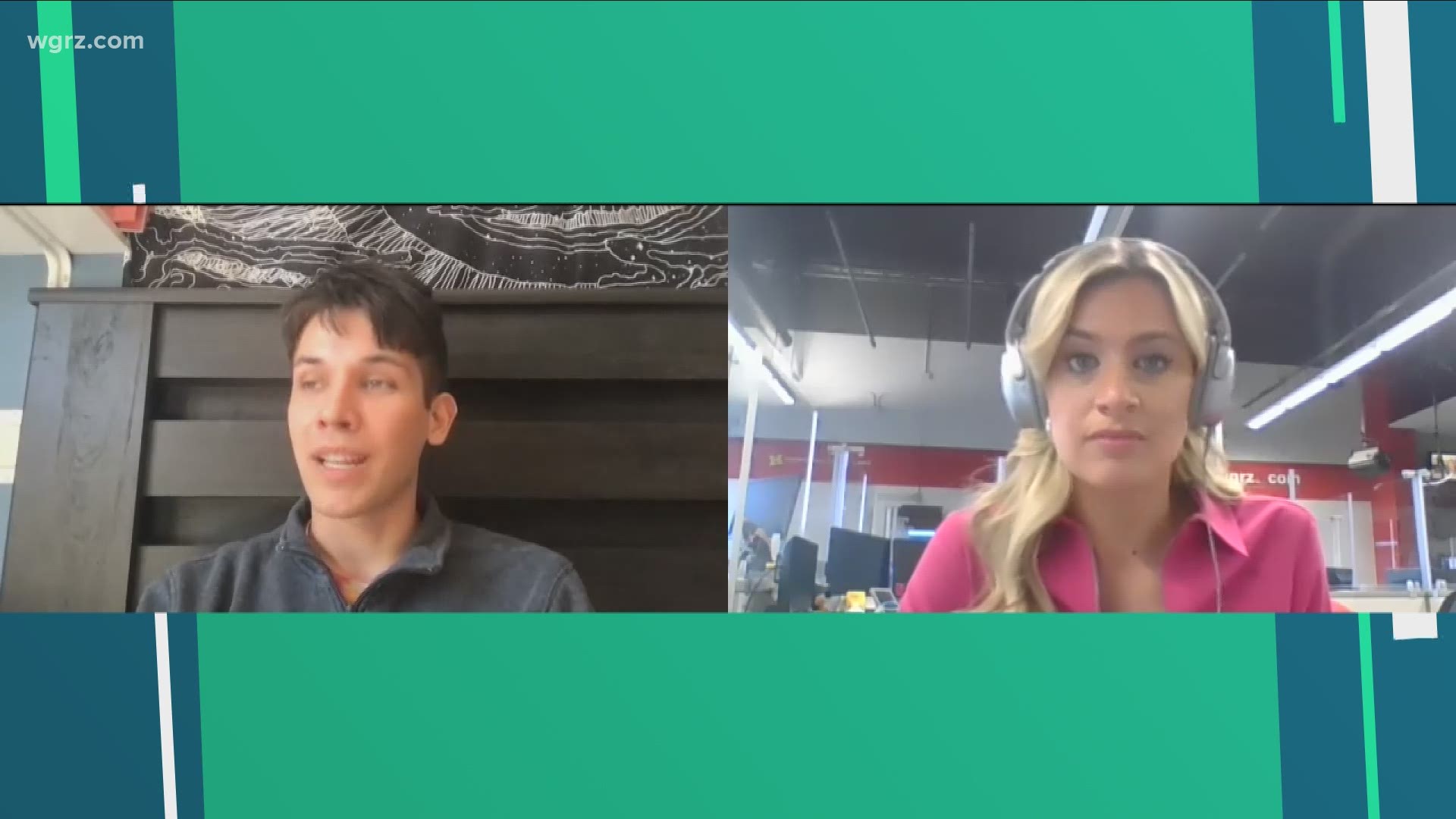 BUFFALO, N.Y. — A few years ago, Kittrella Whitlock never could have imagined getting dressed for work in scrubs and PPE.

"I'm labeled as a non-traditional nursing student because I already have a bachelor's and master's degree in a different field," she told 2 On Your Side. "I actually have a background in communications."

Not long after earning her master's from NYU and starting her career in corporate public relations, her dad suffered a hemorrhagic brain stroke. He made a miraculous recovery, and as a new parent herself, Kittrella decided to leave her desk job to pursue something else she was always passionate about - nursing.

"I think that's triggered me to go back and finish," she said.

Kittrella graduated from Trocaire College in Spring of 2020 without a ceremony, but she made her own in her driveway, and then landed a job at ECMC. Much of her time on the job so far has been spent in a COVID unit.

"So I kind of turned into a mini little COVID ICU nurse, straight from school," she said. "It's been really, really, tough and I've been trying to adjust as best as I could. This third wave has been really, really, really bad, as far as the patients and acuity that we've had. So it really helped to have a great support system as far as the other nurses on the floor who've been helping me. There's been days where it's been other nurses worst day in their entire career, and I'm like, 'oh, so it's not normal for me to feel this way?'"

Kittrella is sharing this experience with a new generation of healthcare workers who've entered the field in the middle of the pandemic. Michael Belmont graduated from UB's School of Nursing last year. He sees his experience in the ICU at Buffalo General as a continuation of his education.

"I've wanted to be a nurse since I was a freshman in high school," he said. It's awesome being able to take all of the knowledge that I've learned and finally put it into work."

"I think one of the first things I ever learned in nursing school was the right way to put on PPE," said Matthew Wild, a 2020 graduate of D'Youville College's nursing program, who now works as a mental health nurse.

"Kind of going back to my roots and knowing from the very first nursing class I ever took four years ago, this is exactly what I've been training, and preparing, and learning about," he shared with 2 On Your Side.

Then there are the all new nurses still choosing to enroll in nursing school, like Antoinette Collins, a new student at Trocaire College.

"I'm looking at the end goal, and I know that's what I really want to do," she told 2 On Your Side. "It's actually a tad bit easier with the home-life balance since school is online."

Collins has worked as a nurse's aide and a respiratory therapist at Mercy Hospital for a decade. She's working to become an RN to expand her opportunities in healthcare.

"I can do my exams from home, I have more access to my teachers, we have their cell phone numbers they respond easily so, I kinda, and then there's nothing going on in the world right now so there's nothing else to do."

Jessica Nguyen is graduating from UB School of Nursing this semester.

"I don't think it changes my decision at all or makes me second guess," she said. "It actually makes me more proud to join the cohort of nursing. I think overall the nursing profession has gained a lot of respect because of the pandemic."

As for Kittrella? No regrets on her end, either.

"It's so funny because I come from like a whole different background, so even sometimes now, I'll be like what did I get myself into?" she said. "But it's those moments where you make someone, or you help to save a life, or you think about a patient being in there alone without their family and connecting with them that makes it worthwhile."