WNY's hopeful athletes look ahead to Toyko, 100 days away from their Olympic dreams

Several Western New York natives will be looking to compete for Team USA when the Toyko games begin 100 days from today. 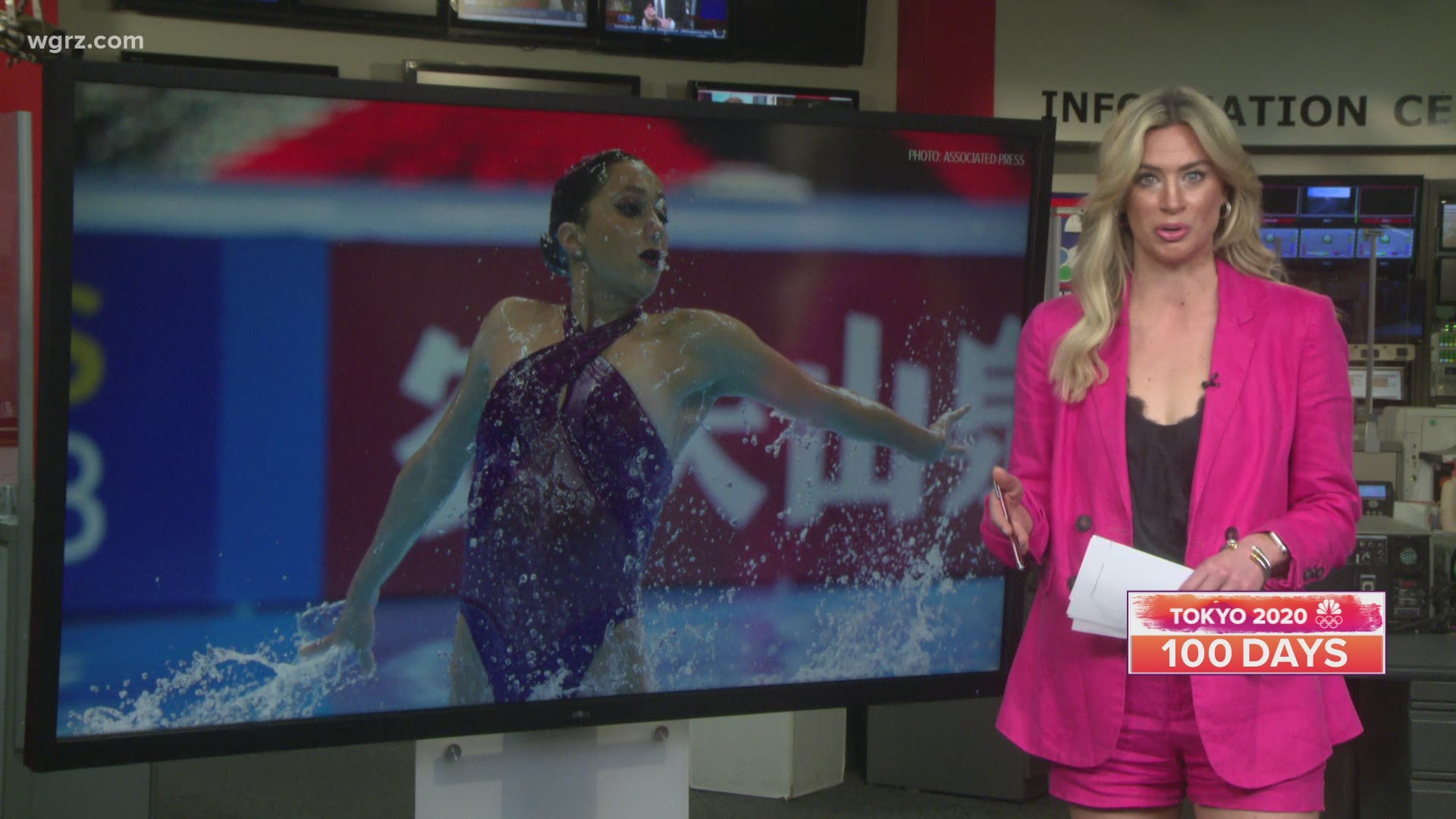 BUFFALO, N.Y. — The postponed Olympic games in Toyko are finally set to begin 100 days from today, and many hopeful athletes from Western New York are heading into qualifying season, where they'll find out if they'll be representing the red, white, and blue in July.

Tonawanda's Alvarez will have to wait a little longer to see if she'll make the team again this time around, after competing in Rio in 2016. The artistic swimming qualifying tournament scheduled for early May in Toyko has been cancelled due to the country's Covid protocols. It's the third time the tournament has been postponed, and alternative dates and locations are being evaluated.

Speaking as a senior member of the team on the USA Artistic Swimming website, Alvarez said, “It doesn’t matter when or where the qualifier will be held, our team will continue to thrive in the face of adversity and adapt to the circumstances as we have throughout this entire season. Our fire and fight to get a USA team back in the Olympic Games is stronger than ever."

Newfane's Brian Irr will be looking to become one of the first Americans to compete in karate, one of the new sports in this season's games.

"It's really exciting, because it's something that's been talked about my whole life in my involvement in karate," Irr told 2 On Your Side from his training center in Texas. "But it never became a reality until a few years back. I've always enjoyed competition and international competition and traveling and all that, even without the Olympics in the picture. So this is just icing on the cake."

Irr recently competed in his first international competition since the pandemic, in Istanbul, Turkey. His final qualifying event is coming the second week of June in Paris.