In the wake of Hurricane Maria, Western New York's Hispanic community came together to gather funds for relief efforts in Puerto Rico. Almost $70,000 went to programs to provide solar generators and water treatment and purification systems. 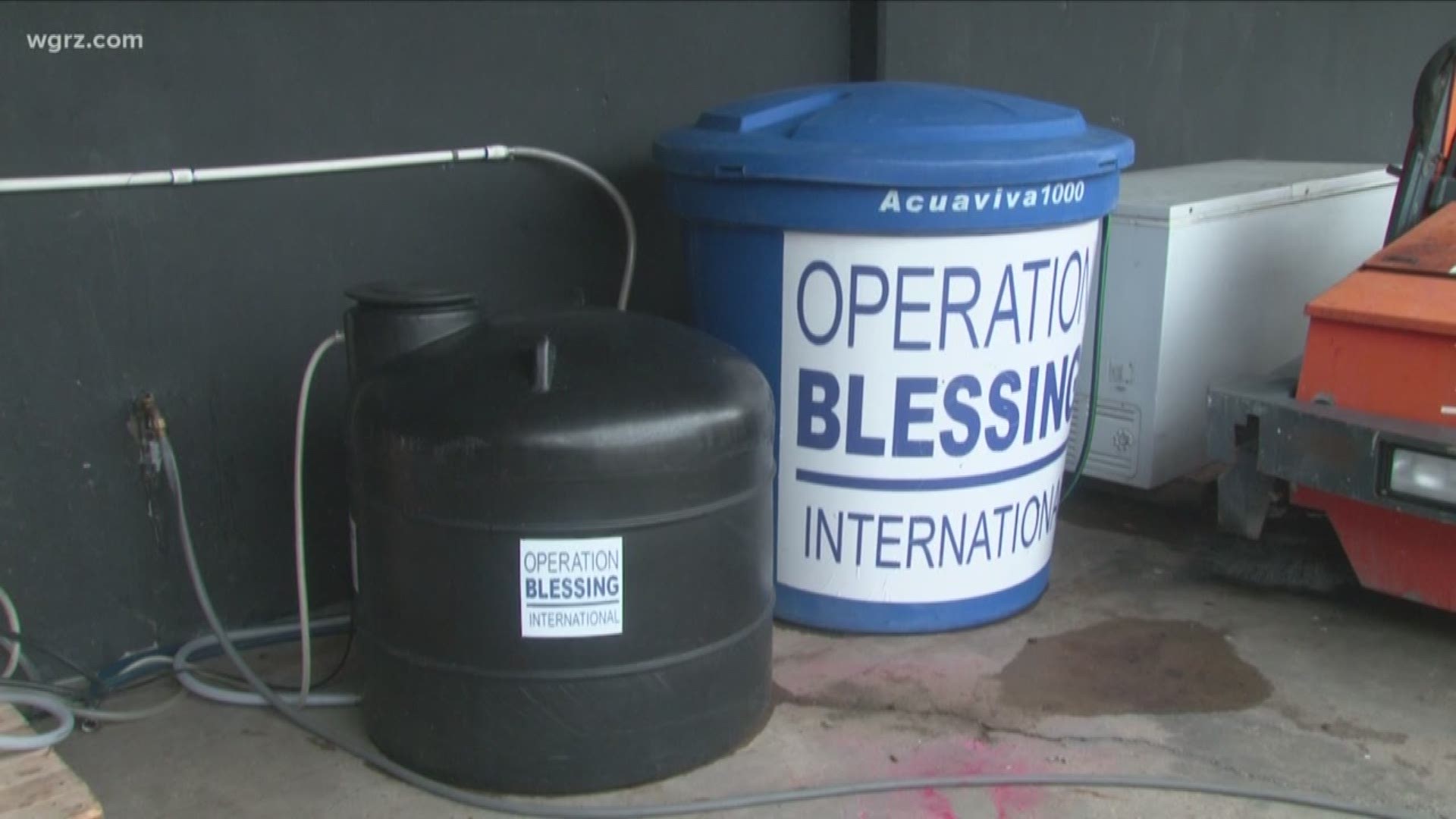 SAN JUAN, PUERTO RICO - As the winds of Maria ripped across Puerto Rico, devastating everything and everyone in their path, back in Buffalo, a storm of generosity and support was also brewing.

Buffalo's Hispanic community leaders gathered food, water and other items for immediate relief. They also organized a fundraising effort that brought in nearly $250,000.

Some of the money stayed here to help families that fled the island and settled in Western New York, but the majority of the funds went to relief efforts in Puerto Rico. The largest chunk of that went to the biggest necessities; clean water and restoring the power.

Twenty thousand dollars was sent from those WNY fundraisers to help a program called Operation Agua, which installs water purification systems to those in need across the island. Coordinator Jorge De La Rosa was ecstatic to see the support from far and wide. "I was working as a first responder, even I was saying yes we need this, we need more of this. "

The Hurricane Maria Relief Fund coordinators also earmarked $50,000 for a program that installs solar generators in remote and underserved areas. the units are produced by a company called Inversol, which was started, coincidentally by David Rodriguez. Rodriguez has family in Puerto Rico, but lives in Rochester, and spent part of his life in Buffalo. Awilda Caez of Inversol says, "When he (Rodriguez) came here after Hurricane Maria, there was no help for the Puerto Ricans, where they could find solar, where they could find generators. "

So far, they have delivered and installed four units, with immediate plans for another 11, and even more in the future as the need arises. Something that they say they would not have been able to do without the help coming in from places like Buffalo.