When Josh Allen arrived to Sunday's game in a hoodie from his high school alma mater, Bills fans immediately wanted to know where they could get their hands on one. 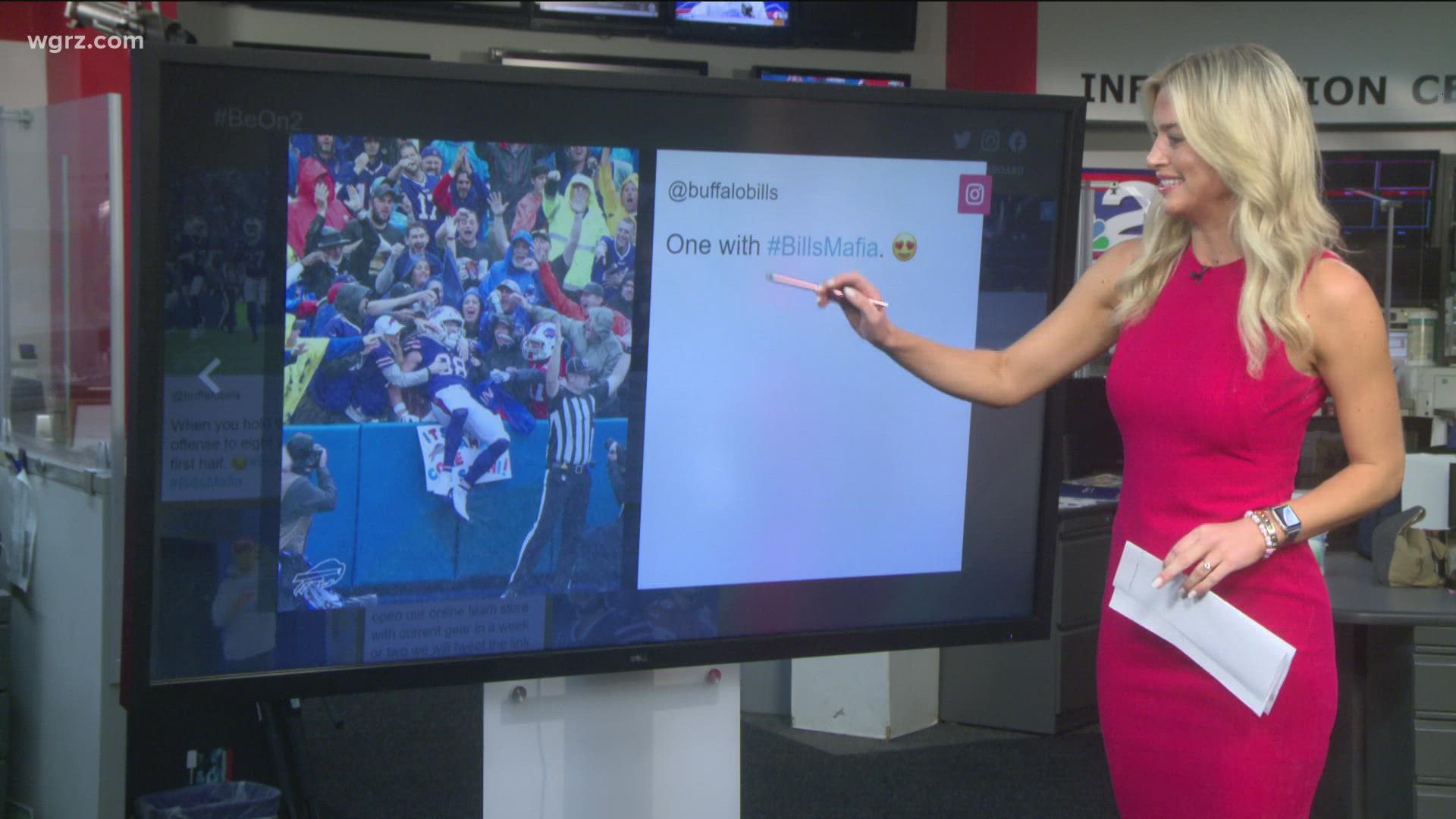 BUFFALO, N.Y. — From school, to work, the grocery store and even church. Bills gear is acceptable attire pretty much everywhere you go in Buffalo, especially during the football season. Soon Western New Yorkers might start to see some Firebaugh Eagles shirts mixed in to the sea of Zubaz and Josh Allen jerseys.

Firebaugh is Allen's high school alma mater in California. When Allen arrived to Sunday's game against the Texans wearing a gray Firebaugh hoodie, Bills fans went straight to social media to find out how to buy them.

That is an original firebaugh hoodie!! Gooooo Bills!! 💙❤️ https://t.co/3W5PUifyS6

After several inquires, the high school shared that the shirts are no longer available, but an online store would be up and running soon.

We appreciate all the love from Bills Mafia! This is an original sweatshirt we no longer make. But, when we open our online team store with current gear in a week or two we will tweet the link 🤗 https://t.co/NgnDkwejpV

When you get two shut outs in a row, you start to attract the attention of the greatest athletes in the world, even if they don't play your sport.

When the Bills tweeted video of Josh Allen reacting to the 40-0 score at the end of Sunday's game with a caption referencing a LeBron James meme, James saw it and responded, calling Josh Allen a beast. Then Allen responded with a crown emoji of his own.

"Smiling through it all! Can't believe this is my life."

Some on-field celebrations from the big win are attracting attention too. When Dawson Knox jumped into the stands after one of his two touchdowns, he commented on the Bills Instagram post, "almost didn't make it up there."

Finally, here's a sweet moment you may have missed. When Micah Hyde got a pick in the first half, he did a "Wheels on the Bus" dance move. His wife, Amanda, wrote on Instagram that the celebration was to honor their young son, MJ. "Wheels on the bus for Mj!! Let’s go dada," she commented.