A teen who stayed up past his bedtime is being called a hero. 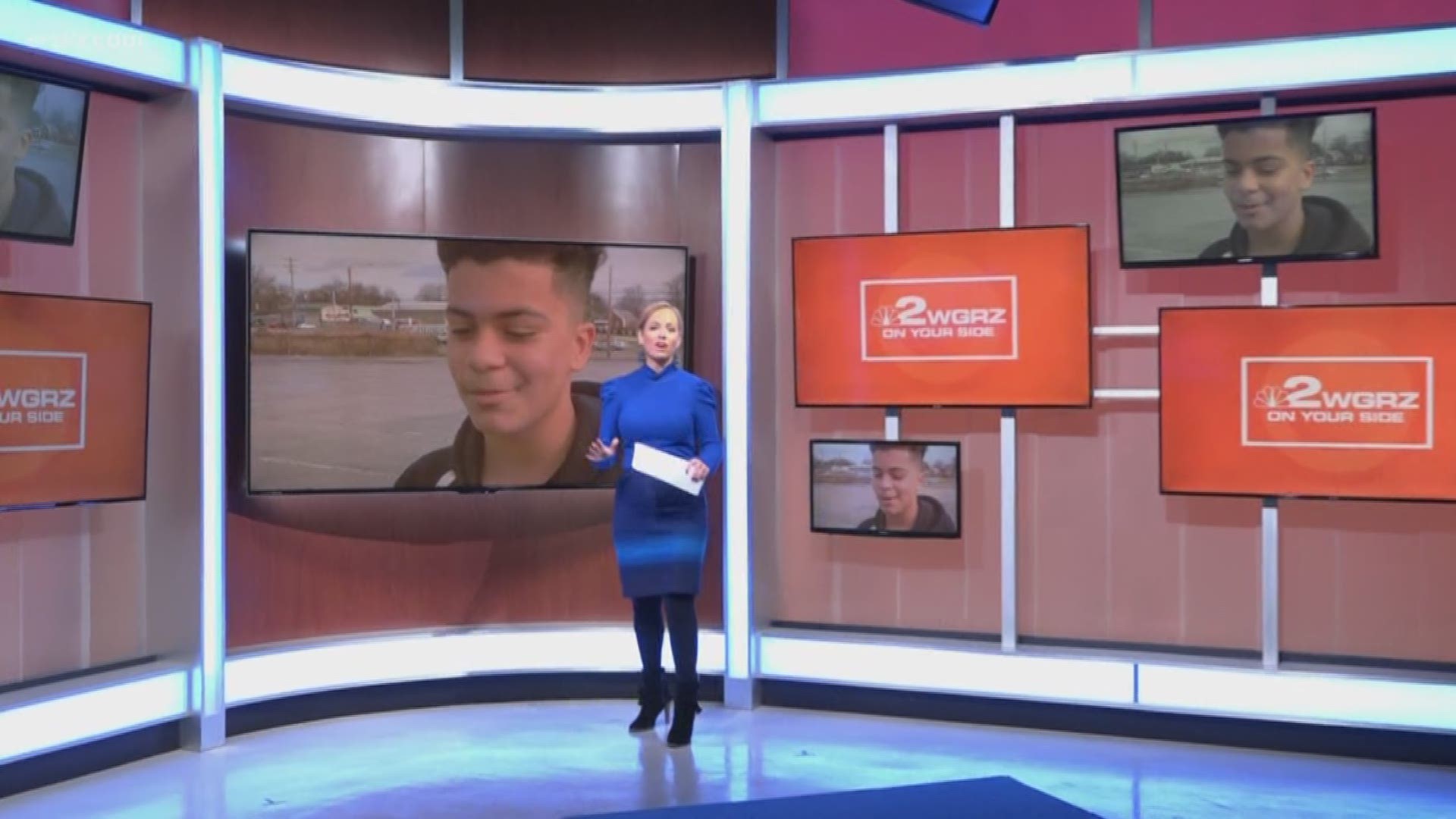 We've all done it--stayed up past our bedtime binge watching a show.

Not many of us, however, have been called a hero for it.

Earlier this week, Damir Carter, 13, was breaking all the rules--disobeying his mom, staying up late and binge watching The Flash on his phone instead of going to bed.

Thank goodness because he was awake when his home caught fire.

He smelled the smoke and saw the fire that had started in an overloaded power strip.

His dad was at work so he rushed to wake up his mom and they were able to get out of the house safely.

Lots to be grateful and Damir's mom, Angela, says he won't be getting grounded this time.

It's a name you certainly recognize but one you may not expect to see topping Billboard's R&B chart: Barack Obama.

It is all thanks to the latest Hamildrop--Lin Manuel Miranda's remixes from his hit Broadway musical, Hamilton.

The track debuted at number 22 on the Billboard chart.

Miranda says this is the final Hamildrop.

Credit: WGRZ
Get off my lawn.

Do you feel old?

You don't even know!

A museum in Paris has a new exhibit featuring a head-to-toe suit that simulates the physical challenges of an elderly person including back pain, inflamed joints and decreased vision.

It's part of an awareness campaign to show more empathy to our elders.

It can transform anyone into someone 80 or older.

You whippersnappers and your technology!