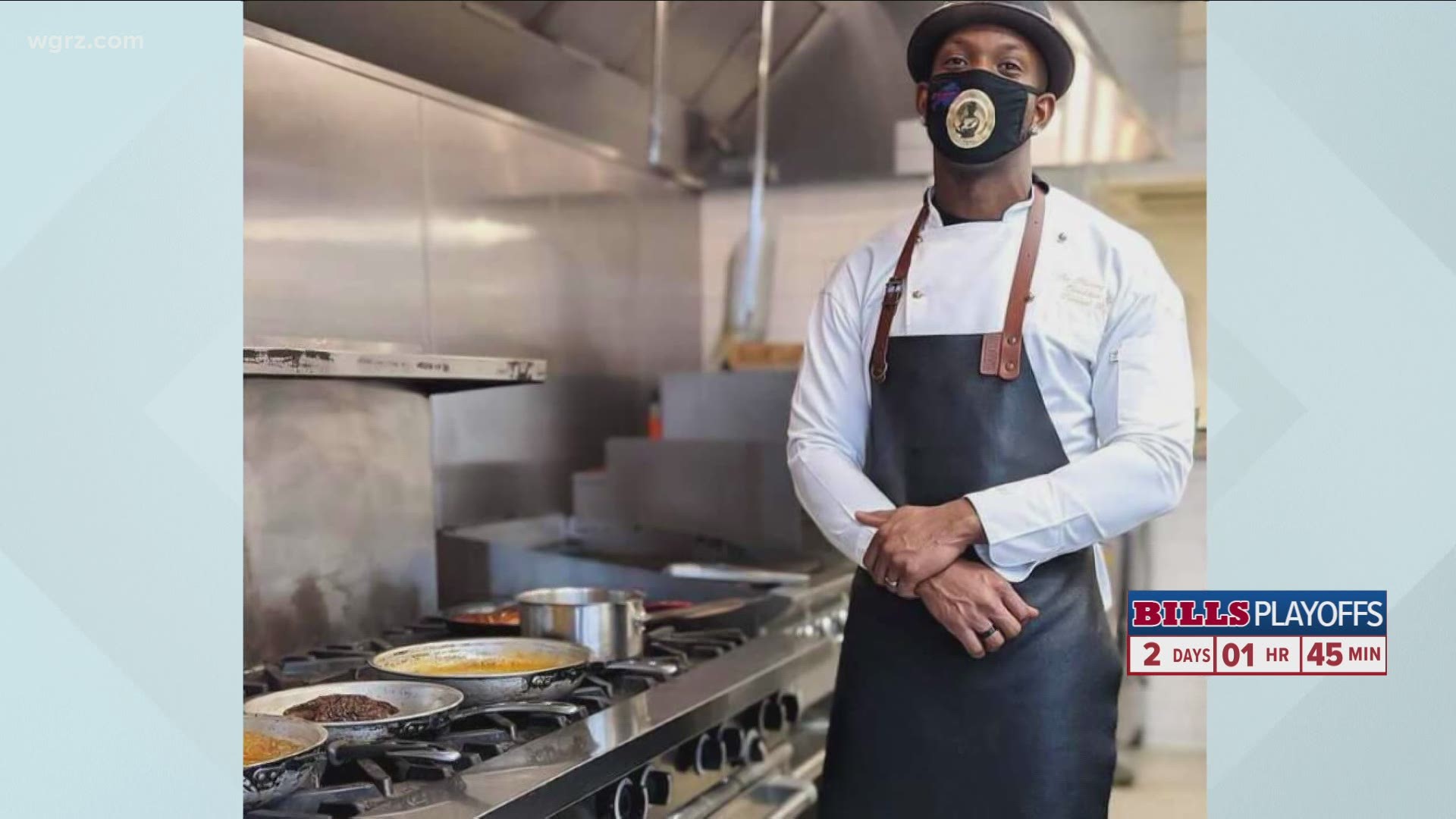 BUFFALO, N.Y. — This time of year, many of us set goals to eat healthier in the new year.  For the members of the Buffalo Bills, what they eat is a crucial part of their game plan, and many of them share a common secret to fueling themselves the right way.

Chef Darian Bryan is the personal chef to Stefon Diggs and several other members of the team. He cooks all of their meals at his commissary kitchen in Larkinville, and delivers them to each of their homes throughout the week, sharing his adventures on his Instagram stories.

He cooks up their favorites - like cajun pasta, arancini, and Digg's favorite - breakfast for dinner - and swaps out ingredients to meet their plant-based, dairy and gluten-free diets.

He's the private chef to Stefon Diggs and several other members of the Bills - this morning we're checking in with Chef Darian Bryan about what he's cooking up for the playoffs 🏈 @WGRZ pic.twitter.com/TtBnrktrqI

This whole football thing is still pretty new to Chef Darian, who moved to Buffalo from Jamaica eight years ago.

"I do feel special," Darian said as he described watching the guys on the field.  "Sometimes I wake up like yeah, that's my guy right here. You know I'm from Jamaica, we watch soccer, so football, I don't understand it that much. But my wife like gets me watching that game every Sunday and it's so fun."

Darian will be going to the home playoff game Saturday with his wife, Jessica. It will be his second football game ever.

"My guys are playing and it's just a wonderful thing, cheering them on," he said.

To connect with Chef Darian Bryan, follow him on Instagram, and check out his cookbook on Amazon.