Competitors can walk, run, bike or swim the distance from Niagara Square to Times Square 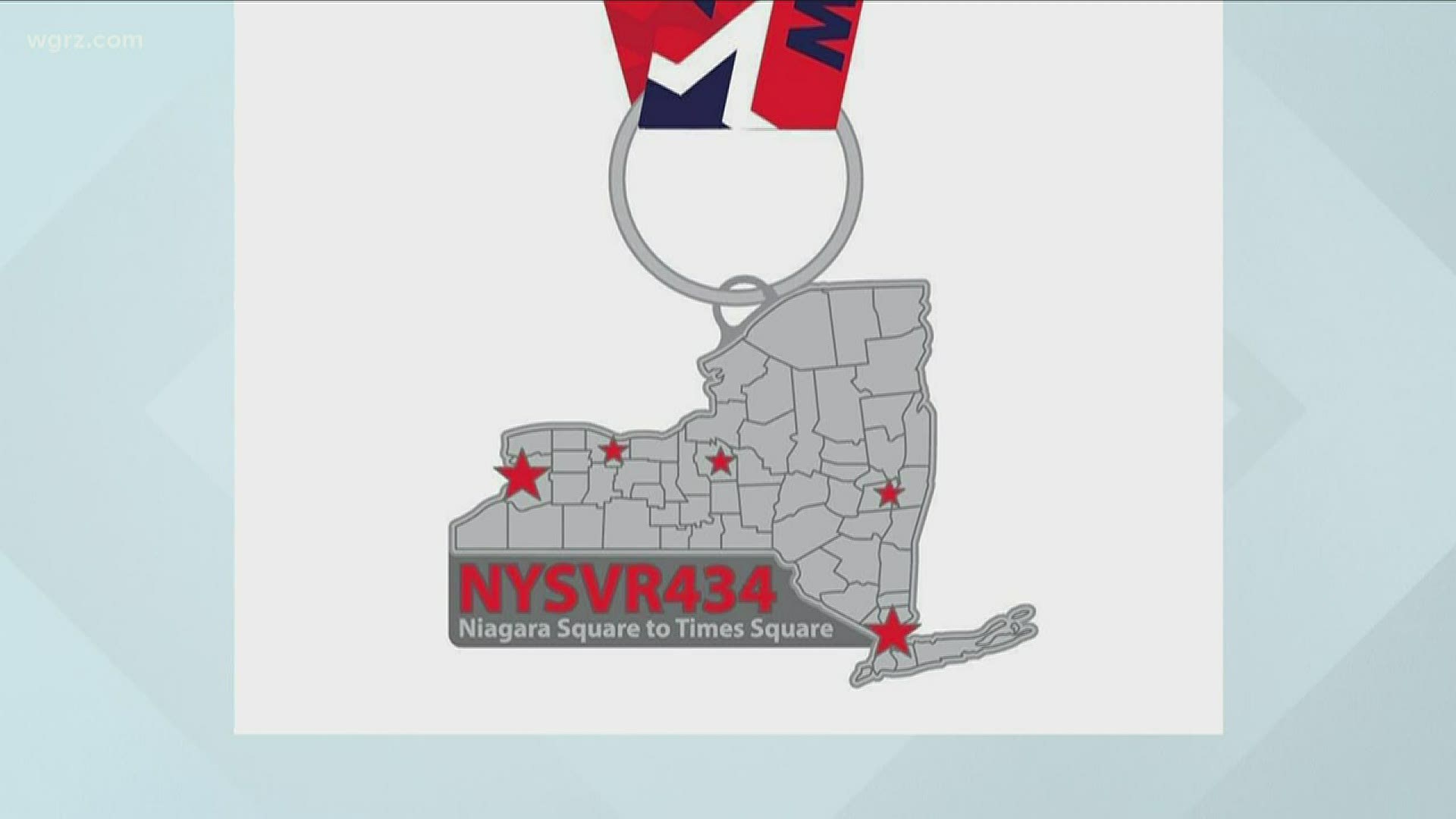 BUFFALO, N.Y. — Thousands of athletes across New York State and beyond who would have competed in marathons, bike races, and triathlons this summer are going to be logging a lot of miles for an important cause instead.

A new virtual race experience will take them the distance from Niagara Square in Buffalo all the way to Times Square in New York City, but not all at once.

Rich Clark is the operations manager for the Buffalo Marathon, and the Vice President of Score This!, which times the race every year. Without any in-person events to train for summer, he came up with NYS VR 434.

"Which stands for the New York State Virtual Race of 434 miles, which starts in Niagara Square, and makes its way all the way to Times Square," he explained.

Competitors can chose if they want to walk, run, bike or swim. They just have to complete the virtual journey by September 15. That gives them four months, or which comes out to about 3.6 miles a day.

“We sent everybody who registers a personal link," Clark told 2 On Your Side. "There’s an area for them to pick the day they did their activity, how many miles they did, and how long it took them for the day."

More than two thousand people from around the world are registered. They've already raised closed to $30,000 dollars for Feedmore WNY.

"People are reaching out. There's a lot of people that love Buffalo," Clark said. "They're giving back. It's their way."

Runners can start logging their miles for the virtual race on Friday, May 15, and registration is open until the end of the month.

You can learn more and sign up by clicking here.